Experience and expertise over academic excellence: A look at university's worth today 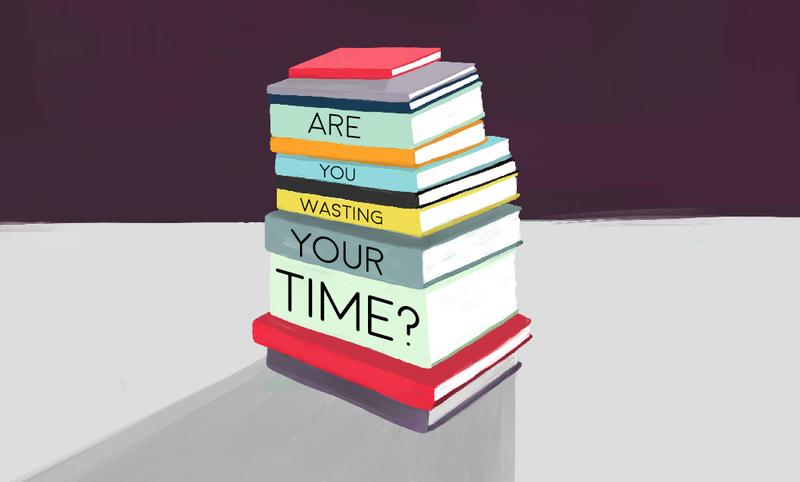 In the 2014-15 academic year, 1.7 million students attended university in Canada. There are not 1.7 million jobs available in the country for the students graduating after four or five years of university – youth unemployment is at 13.9 per cent.

With so many graduates and so few jobs, the excessive emphasis on the value of a university degree only makes the problem worse.

The woes of a student don’t begin after graduation – it’s hard enough attaining the degree in the first place. To thrive in a university setting, it’s necessary to possess certain traits: appropriate levels of preparation, curiosity and motivation.

Yet there is a difference between studying hard and working hard. Regardless of the degree type — be it in arts or sciences — an undergraduate university education is unlikely to bring students a return on their investment unless they work hard to maximize the investment while they’re in school.

This is where work experience comes into play. A 2013 study in New Zealand found that university graduates who had work experience already were significantly more likely to find jobs sooner and with a higher starting salary than graduates without work experience. The students in the first group were able to get a return on their investment to a much higher degree than those in the second.

There’s no denying the investment is a huge one. A recent report by TD Economics revealed that 10 to 15 years ago, students could fund their tuition, other school fees and living expenses from savings accumulated through summer and part-time jobs. Those days are past.

A student who started studying in 2011 would spend $55,000 over the course of their degree if living at home, and $84,000 if the student lived away from home. In contrast, children born in 2011 are projected to pay $102,286 for their post secondary education if they live at home, and $139,380 if they live away from home. To fully cover the cost of university, a Canadian citizen would have to dedicate $1.22 of their hourly wage during their entire working career. For a student paying international tuition, this would increase to $3.16 after UBC’s proposed tuition increases.

Students who need a Canadian student loan now graduate with an average debt of $28,000. When job prospects rely heavily on work experience that a student is able to aggregate before they graduate, this places extreme limits on the kind of internships indebted students can take. They often find themselves unable to afford taking an unpaid internship, which could help them find gainful employment in work related to their studies.

An estimated 300,000 young people work without pay in internship positions. However, these opportunities privilege those who have the financial support to work for free while their peers fall behind in valuable experience. Many graduates are forced into unemployment or work outside of their field of study, such as retail, which leads to skill degradation and lost networking opportunities. They become stuck in a position where their expensive and time consuming degree is all but worthless in practical terms.

Javed Iqbal, director of the UBC Science co-op program, is one of the voices aiming to make students’ university experiences worth their time and money.

“By the time you graduate and you have 16 months of work experience, it’s absolutely invaluable,” he said, pointing to how stepping outside of the lecture hall gives students both insight and skills employers value. From work-learn programs to paid research assistant positions, many universities offer opprotunities for extra development.

While some students’ paths are very focused with goals like medical school, law school or pharmacy, many students are unclear about how they can apply their degree. Leaving the campus environment to work for a year or 16 months is — to Iqbal — about finding out what their chosen field is like, what skills they’ll need and how to succeed in their profession.

“I think it is so important for students to have that knowledge so they can make informed, educated decisions as to where their career is heading,” he said. On top of career exploration, co-op is an early opportunity to connect with potential employers or even secure a post-graduation job.

“Many of my students who have graduated are actually working with the employers where they were a co-op student,” said Iqbal. “I always tell the students, ‘When you go in there, you should be focused and so successful that your employer will call you asking when you’re going to graduate because they have a job for you.’”

“It’s really, really important to start your career in an environment where you have so much support available."

According to The Guardian’s list of the top 10 criteria that business employers look for when hiring for entry-level positions, degree subject studied falls in third place – below relevant work experience and a good work ethic. A university-level education does not necessarily foster these qualities, but workshops, internships or co-op programs are the most beneficial opportunities a university can offer for gaining these skills.

Iqbal believes many students don’t have the direct capacity to work full-time straight from university. “It’s really, really important to start your career in an environment where you have so much support available,” he said.

Students ask co-op advisers why they should sacrifice graduating “on time,” but work experience gained early on is far more valuable than getting the certification on time, according to Iqbal. In fact, four out of five surveyed employers say that co-op positions and internships take priority over GPA or class standing when it comes to hiring graduates.

Jobs in medicine, pharmacy and education depend on university degrees. However, in many fields — computer science being a prime example — experience and skill are far more qualifiable. A university degree, along with all its expenses, is unnecessary to people with the acquired skills.

However, Leyton-Brown believes it is still worth completing a degree program, noting that a computer science degree is less about landing somebody their first job and more about helping them learn the basic skills.

Steven Richards, who began his first year as a computer science student at UBC in 2013, sees things differently. He worked at Hootsuite, a Vancouver-based social media company, as a junior operations engineer the following summer. After his four-month contract expired, Richards was invited to stay as a full-time employee. He accepted the offer and left UBC after his first year.

“I was learning more in a week of work than a whole year,” said Richards. “[At UBC], I only had a few computer science classes and only some of them touched on things that are actually relevant to what you’ll do in the real world.”

He believes it is essential to do whatever helps you learn best — which may not necessarily be going to university.

Attending university because of a love for learning or an interest in the subject is challenged by the common question — “What are you going to do with that degree?” The assumption behind it isdirectly lead to a career, which is uncommon. This begs the question: Does university need to focus on directly preparing students for a job in order to make a degree valuable? Perhaps as higher education becomes more and more expensive over time, students should only attend for the applicable job qualifications as they can no longer afford to treat university solely as a place to learn and explore interests.

Students need to take the initiative and make more of their program than simply attending lectures, taking exams and writing papers.

A report in The Economist showed that engineering and computer-science students earn the most following graduation — a 20-year annualised return of 12 per cent on tuition. Courses in business and economics also tend to result in good pay, delivering an 8.7 per cent average return. The report suggests that while arts and humanities graduates may pay well in intellectual dividends, the economic returns are mixed.

According to The National Post, universities have responded to increased enrolment with large first year classes, a growing reliance on contract instructors and limited student support services. This has resulted in considerable dissatisfaction among students, faculty and parents about the quality of educational experience. Unless students take part in other activities — such as relevant work and volunteering — is university going to be worth the time and money?

A degree program might be interesting, enlightening and compelling. However, students need to take the initiative and make more of their program than simply attending lectures, taking exams and writing papers. Or else they will finish their program with no real-world experience in a pool of graduates with the same skills — to study and get good grades. Being realistic about the role a degree plays in future prospects can help students make smarter choices about their program, school and the way they spend their time at university.