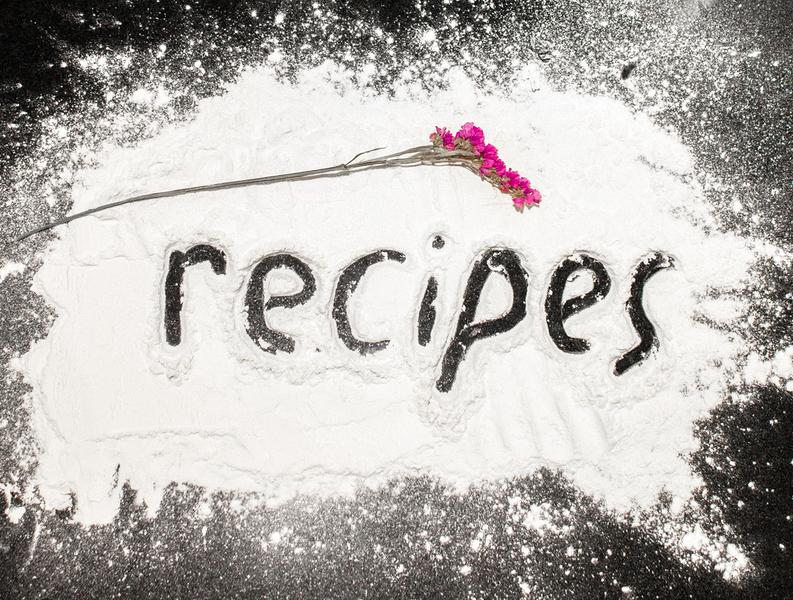 Eating these biscuits on Saturday mornings is one of the oldest memories that I have. Even now, they are a staple of weekend breakfasts at home and a perfect recipe for me to make when I’m feeling a bit homesick.

The recipe is my dad’s. It probably came from somewhere else, and then he changed and tweaked it over time. He’s not one to measure out ingredients; preferring a handful of oats to a half cup and a dash of cinnamon to a teaspoon. That kind of method is by far the most exciting way to cook. While it leaves you open to invention and creativity, it also usually means that no two batches of biscuits are the same. I’ve made these myself several times now and, no matter what, they never turn out the way I remember.

Your version of these will be very much different from mine and I encourage you to leave out or add whatever you want to these biscuits. The creativity of it is half the fun.

Add all of dry ingredients into a bowl and mix. Sugar and spices can be adjusted to taste or preference. Make sure that the butter is cold and cut pieces of it into the dry ingredients. Stir the butter into the dry ingredients until everything in the bowl has formed a crumbly mixture. Once this is done, add in your nuts and dried fruit. It is better to cut the nuts into small pieces so that they mix well. Larger pieces are also more likely to burn when cooking. Add the milk and mix until your dough has formed.

Turn out the dough onto a work surface and pat into a ¾ inch thick circle. From this cut 2” wide circles and place them on a parchment-lined baking sheet. Cook for 16 minutes or until golden brown. 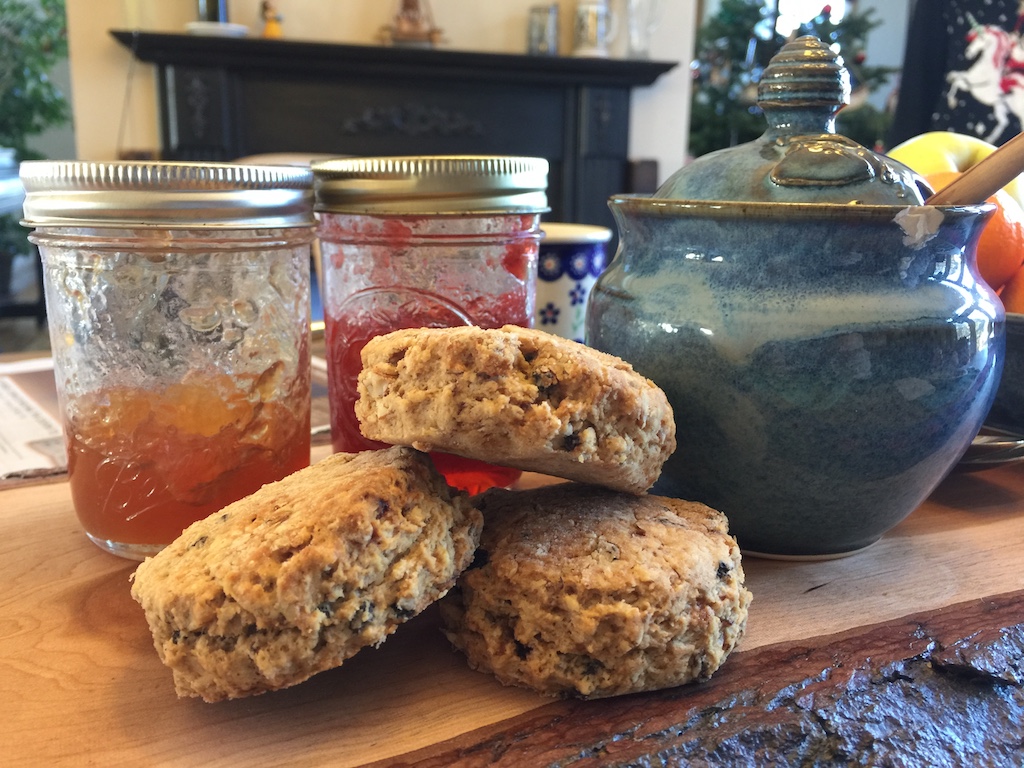 Me telling people I’m part Syrian is usually met with either shock, confusion, doubt or a mixture of the three. And just as hard as it for people to draw visual connections of me to their preconceived notions of what a Syrian should look like, it is similarly difficult for me to draw personal connections with the culture as a whole. My great-grandparents came to Canada fleeing Christian persecution from a town that is now technically in Lebanon rather than Syria. Because of the nature of their arrival and of the time, assimilation was both encouraged and mandatory. The pronunciation of their surname Aziz was anglicized, their language was dropped and a majority of customs were forgotten. However one thing that remained and continues to be practiced in my family today is the cuisine. Hummus, labneh, kibbie, baklawa, sfeeha and more all became relative staples of my childhood. A favourite being the eggplant-based dip: baba ghannouj.

If you pick up baba ghannouj at the supermarket and the first ingredient is mayo, this is not baba ghannouj — but instead a glorified eggplant ranch and you should eliminate any contact with it immediately. If you’re still craving some sweet, sweet eggplant dip goodness after this subsequent cleansing (and even if you aren’t, it doesn’t matter — just do this trust me) here is the recipe passed down to me from my Syrian grandfather.

Place eggplant on paper towels and peel. Remove pulp into mixing bowl and add a few spoons of lemons juice to prevent discolouration. 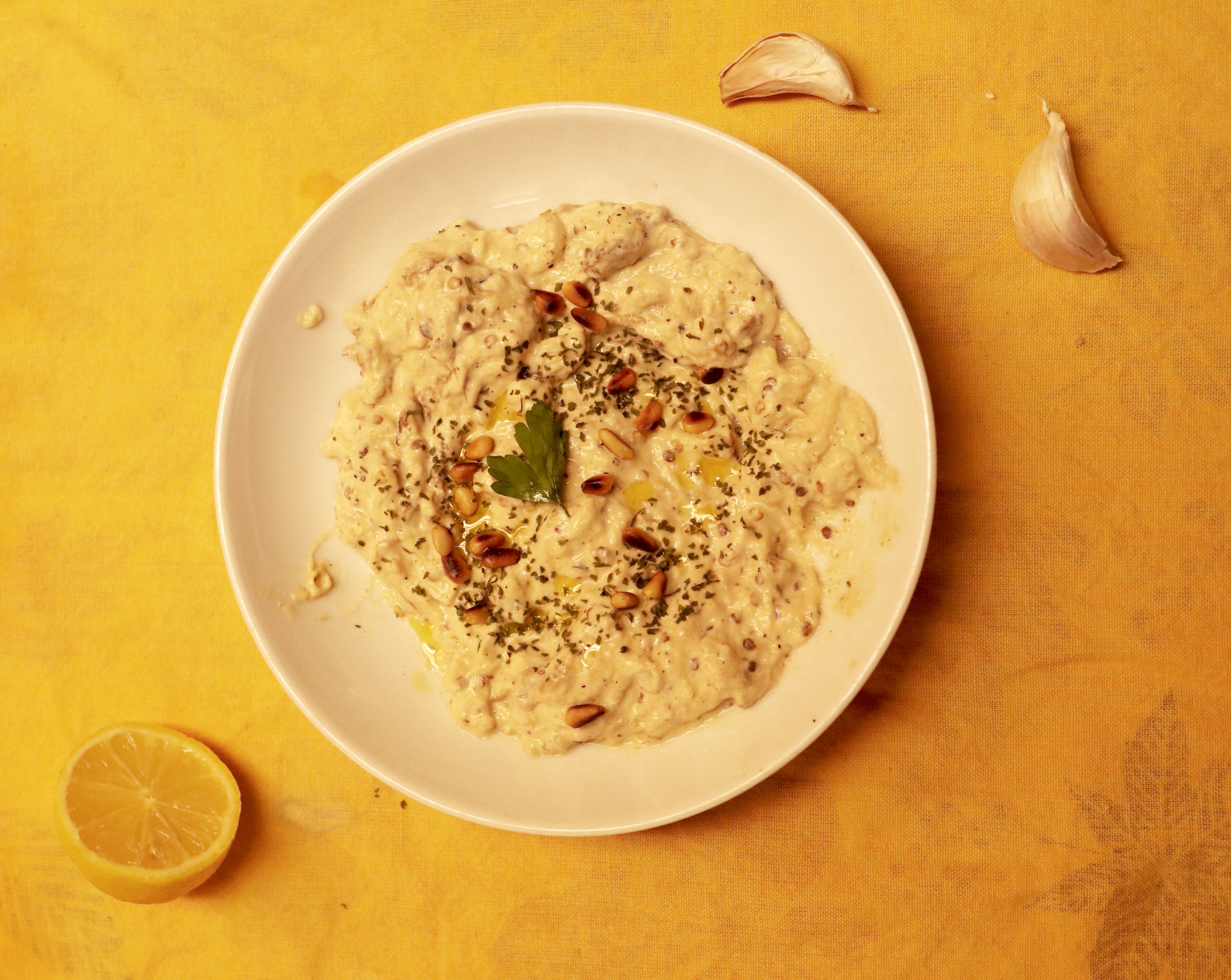 I make these with my mom every Christmas to share with family and friends. My mom works as a baker at Costco, so when she gets home from work she doesn’t want to do any more baking, but this is a simple dessert that doesn’t take much time, especially if we make it together. I’ve made them on my own for potlucks with friends and other occasions, but they’re always better when I make them at home with my mom.

She does the Oreo base, then I do the coconut, chocolate chips and condensed milk, then I pass them back to her to go in the oven and she cuts them when they come out. This recipe is also super easy to modify. You can add extra chocolate if you want, or even try adding mint chocolate chips, toffee pieces or nuts! The one thing with this dessert is that you always have to make extra because you may end up eating them all before they reach their destination.

In a 9x13 inch pan, blend the Oreo cookie crumbs and melted butter. Spread it out evenly in the pan and pat it firmly with a spoon to squish it down. Sprinkle the coconut over the cookie crumb layer. Then add the various chocolate chips. Pour condensed milk on top. Try to make it cover the whole thing.

Bake in the oven for 20-25 minutes or until golden brown around the edges. 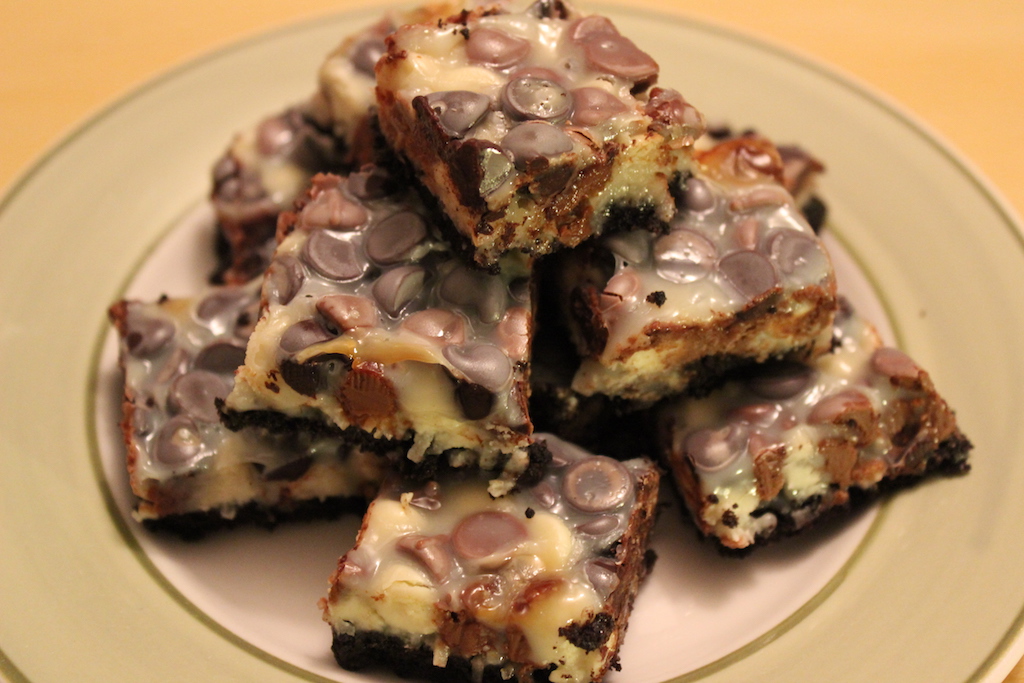 Everyone has a different way of making these. A hot toddy, at its simplest, is just a warm drink that has some alcohol in it. In the Du Bois household, when one of us got sick, this recipe is the only way to make the drink. It has everything you need to feel better: the warmth is great for a flu, the spices will clear your sinuses, the orange juice hydrates and tastes great, the honey works wonders on a sore throat and the whiskey covers just about everything else.

Put orange juice (leaving room for whiskey), a generous dollop of honey and a pinch of your spices into a large mug and microwave for about a minute and a half (or until it is hot and steaming). Make sure everything is mixed thoroughly and then pour in as much whiskey as your sickly body can handle.

Once this is done, wrap yourself in a blanket and lie down with a copy of your favourite book. 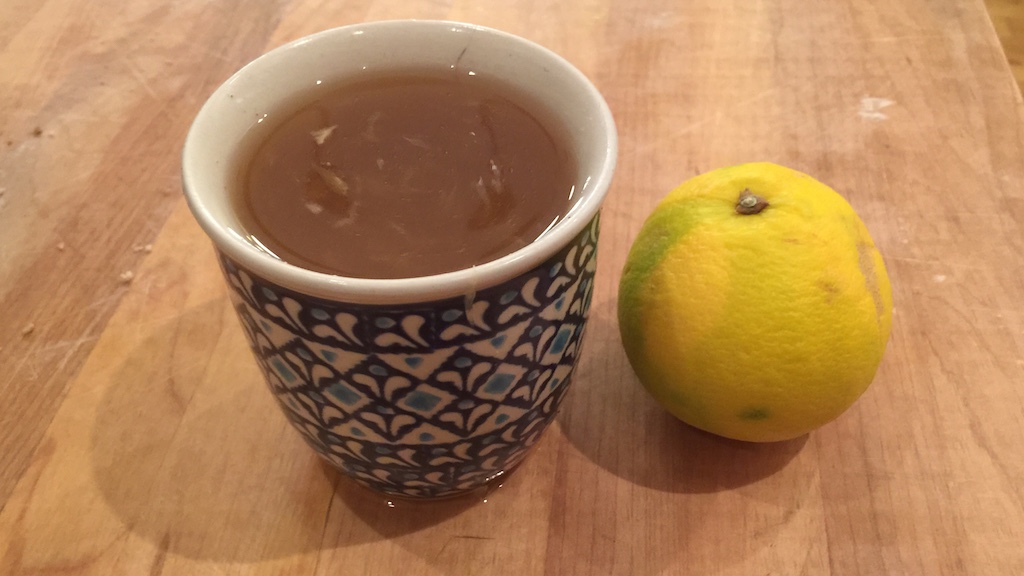