Between the two of them, Huband and Sandhu are the only female coaches on UBC’s 20-strong varsity head coaching roster.
Written by
Samantha McCabe 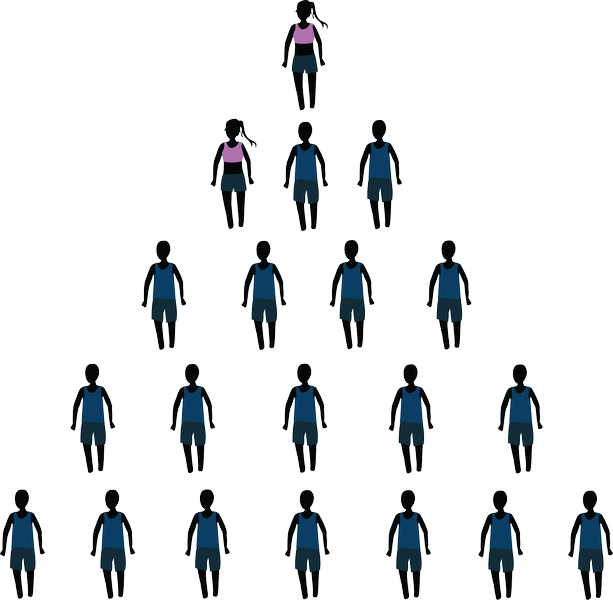 Poonam Sandhu’s dad raised her to be a field hockey behemoth.

A two-time Olympic player in 1984 and 1988, Nick Sandhu is a Field Hockey Canada Hall of Fame inductee and was Poonam’s coach just as she started playing the sport as a child. Even as she grew up and went on to play under many different coaches, she kept up a post-game tradition of sorts: coming home and dissecting each game with him, devoting time to just sitting around and analyzing the play-by-play.

“[My family] always jokes around that they were actually building little coaches in the house,” Sandhu said. Apparently the system worked.

As of this past May, she is now the head coach of the UBC women’s field hockey team, just a few short years after graduating as a five-time national championship winner with the same team in 2014.

“It’s been challenging, rewarding, frustrating — it takes you through all the emotions,” Huband said of her career. “But I think the thing I enjoy about coaching is just the impact and the influence that you have.”

So what do the two have in common?

Take a careful look at one key section of the UBC Athletics staff page and you’ll find out: between the two of them, Huband and Sandhu are the only female coaches on UBC’s 20-strong varsity head coaching roster.

This localized statistic, at first glance, seems like an almost laughably accurate case study of the male-dominated nature of coaching varsity athletics — The Atlantic even dubbed it “the field where men still call the shots” in a 2017 headline.

Learning from her dad, 27-year-old Sandhu said she never felt like an expressly female player or a female coach — she just felt like a player, like a coach. (At times her dad even “treated [her] like his son.”)

“I see it as a coaching career, and I am female,” said Sandhu. She’s new to UBC coaching, but she’s already working hard to keep the team sharp.

Huband and Sandhu recognize how obvious the gap is within UBC Athletics. But interestingly, both in some way trace the source of widespread gender discrepancy in coaching to those early-life experiences that validate who is deemed “fit” to be heavily involved in the sports community, and hence, who retains the skills to go on and become a coach.

Huband points to stereotypes and conventions within the larger athletics community that reinforce male-centric coaching traditions. If women athletes and sports enthusiasts are never allowed to entertain coaching as a viable career option, she explained, why would they consider it?

“You’re limited by your applicants. And so basically, I’m wondering where the applicants are — because sometimes, the best applicant is a woman — sometimes, there might not be a female applicant that is on your shortlist,” said Huband, speaking about her experiences on hiring committees for coaching positions.

“How can we get more people, female coaches, developing their skills and wanting a profession as a university coach?”

If more opportunities for women and minorities are to be opened up in varsity sport, openness and acceptance need to be made apparent from the beginning. Luckily, Huband and Sandhu are training the next generation of female athletes (and maybe, someday, coaches) to do just that.

Being a female athlete of colour, a lot of Sandhu’s coaching mentality comes from considering the individual diversities of each player and taking these backgrounds into account to create a one-on-one approach. She aims to teach her players to have confidence in every decision that they make and foster a commitment to their community.

Huband names values of teamwork, resilience and discipline as the backbone of her coaching.

“We want people to come in … understanding that it’s going to be challenging and difficult, but it’s supposed to be if you’re going to grow and learn and be more than you thought you could be,” said Huband.

Though both Sandhu and Huband are humble, they each assert their accomplishments as coaches and as mentors, and hope that women can find the inspiration and the solidarity to pursue a career in the coaching field.

“If you don’t have confidence, you’re not going to be able to succeed in the way that you want to succeed … especially in a field that is particularly dominated by men,” said Sandhu.

“Coaching is a demanding profession, but it also is an extremely rewarding one,” said Huband. “Persevere to get involved, find a way that works with your life and your lifestyle. It is a growing profession, there are more opportunities coming.”