‘But who are you really?’: Inside UBC’s broad-based admissions system

One major goal of the process is to make admissions fair for everyone, but how can existing societal biases be acknowledged and mitigated in decision-making?
Elif Kayali 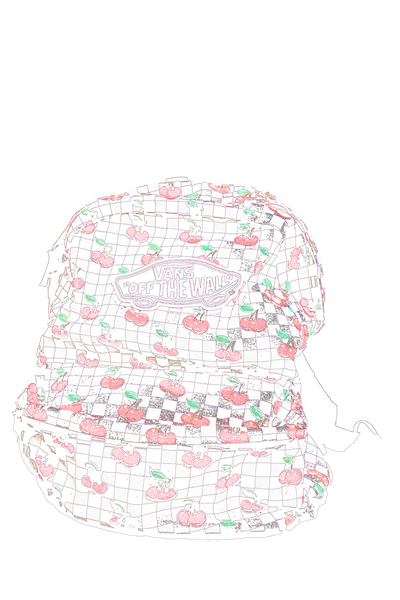 One major goal of the process is to make admissions fair for everyone, but how can existing societal biases be acknowledged and mitigated in decision-making?

Each year, UBC Admissions receives thousands of applications from high school seniors all around the world. To be admitted, an applicant needs to meet both the general and specific requirements of the program they’re applying for.

Since 2012, applicants for direct-entry undergraduate programs have needed to submit a personal profile through a process called broad-based admissions (BBA).

The personal profiles consist of long-form answers to questions concerning topics such as leadership and community engagement. Each profile is read by two ‘trained readers’ who assess them according to four criteria: engagement and accomplishment, leadership, substance and voice.

The motivation to switch from a grade-based system to BBA comes from the idea that transcripts can’t reflect certain valuable experiences when showing whether an applicant is a good fit for that university.

But just like any other system, BBA also comes with some caveats. For example, what happens when the readers themselves are biased?

Dr. William E. Sedlacek, a professor emeritus at the University of Maryland College of Education has worked on creating measures to include non-cognitive variables in admissions systems for decades now.

Sedlacek began developing these measurements when he saw that “traditional admissions measures” such as standardized tests tended to favour “upper class white males” and didn’t work as well for historically marginalized groups such as women or BIPOC. He believes that including new variables in the admissions process can help universities better predict students’ success.

“The function of your admission system is ideally ... to be fair to everybody. But you have to get into the idea that diversity doesn’t necessarily mean that you all show your ability the same way,” said Sedlacek.

“So, if you have fairness of outcome, you want to make good predictions about everybody and you wouldn’t necessarily have to use exactly the same measure to make those predictions.”

The BBA system is promising to make wherein it can make UBC and universities in general more inclusive. Dr. Jillianne Code, an assistant professor in the UBC Faculty of Education in curriculum and pedagogy, thinks including noncognitive variables in admissions allows UBC to get a fuller picture of who an applicant is.

She explained that grades don’t necessarily reflect who the individual is beyond academics.

“The grades and numbers are only a snapshot, ... [they] don’t capture in any great way who you are as a person and whether or not you’re going to be able to succeed at UBC or in higher education,” Code said.

According to Dr. Anna M. Kindler, an elected member of the Board of Governors and former vice provost and associate VP academic at UBC, “This certainly is a very important issue and I think one of the first steps in trying to counter bias is the admission of the existence of the potential of bias.”

She noted that her comments represent her personal views as a member of the faculty and UBC community and do not represent the position of the university or the Board.

Kindler thinks the system should continue improving itself.

“Whether essays as such are ... the optimal way to adjudicate those other [noncognitive] qualities, certainly is an open question and there are possibilities of a bias which might be introduced consciously by the candidate ... or [it] might be a bias that can be introduced by the evaluators in subconscious ways as well,” she said.

There’s a process in place for evaluators to send a personal profile back to admissions if they feel evaluators are prone to show favouritism or to simply show a lack of awareness in terms of what a student has disclosed, according to Saini. There is also mandatory bias training that evaluators must take before scoring applications.

The mechanism works to “be able to share that material back to provide an opportunity for that to be discussed or disclosed and then taken care of in a way that doesn’t necessarily diminish the student’s score on the profile,” said Saini.

Saini said it also allows that specific experience “to be dealt with in a way that’s professional and respectful of the student’s experience.”

Additionally, the four criteria UBC is looks for in the profiles might mean different things all around the world.

“The challenge with that is … to ensure that everyone has a broad awareness of the cultural context that exists in our applicant pool and not to use a narrow lens to evaluate student experience,” Saini said.

Cheating the system: the case for transparency

In 2013, The Ubyssey filed a freedom of information request to see the rubric used to score applicants’ personal profiles. After a lengthy legal battle, the rubric reached the public, but questions remained about the system’s transparency.

Looking at “the profiles of successful candidates, the combination of skills, attitudes and academic achievement that has resulted in admission and success” can be more beneficial than releasing the rubric, according to Kindler.

“The transparency that is helpful is the one that can allow the candidate [to] understand what kind of a person or what kind of aggregate of experiences and learning that happened as a result of these experiences, has demonstrated the success not only in admission, but also during the student’s time at UBC.”

Saini thinks sharing the rubric would actually make the process less fair by possibly heightening the socioeconomic differences that exist across applicants, explaining that the rubrics are designed to take the differences in opportunities into consideration.

“[There are] students who are really trying to make the most of maybe even a few opportunities that are afforded in a variety of ways. So when you kind of make the rubric public, you can’t really make these distinctions as much, ” he explained.

“So that’s why we maintain a little bit of ownership over these particular rubrics, because they do allow us to provide more authenticity in the actual process.”

Sedlacek thinks letting students know what the university is looking for would lead to applicants changing their behaviour rather than just their answers.