Since 2004, UBC has hosted a closed-loop, in-vessel composting system on campus. This means, like "Hotel California," most organic waste generated at UBC can never really leave.
Kevin Jiang 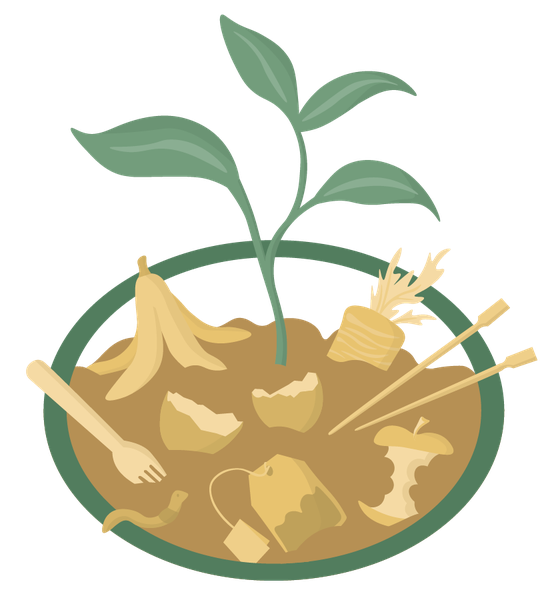 Few people give much thought to the food scraps they throw away. But for UBC’s compost system, there’s much more to organic waste than meets the eye.

Since 2004, UBC has hosted a closed-loop, in-vessel composting system on campus. This means, like the “Hotel California,” most organic waste generated at UBC can never really leave; instead, it’s processed right on campus into compost for use by the landscaping department.

Unfortunately, the missorting of waste and plastic contamination of UBC’s green bins are putting a damper on its composting efforts.

The strange and squishy story of food waste

UBC hosts two composting facilities on campus: one in the south end of campus and one hidden away in the Nest.

The south campus in-vessel facility can process five tonnes of organic waste daily, churning out compost ready for maturation every two weeks. It’s also the first of its kind in a Canadian university, reads the UBC Building Operations’ website.

To produce compost, food and organic waste undergo a complicated journey of aeration, curing and degradation by bugs, worms and microorganisms.

In my quest to unravel the secrets of compost, I spoke with Dr. Anthony Lau, an associate professor in chemical and biological engineering pursuing research into organic waste-to-resource recycling and one of UBC’s few remaining composting experts.

“There are two stages to compost: the active stage and the curing stage,” he said.

In the south campus processing facility, waste is first shredded and then dropped into trays. These are slowly pushed along a conveyor belt, while vents blow oxygen into the pre-compost to keep its many microorganisms alive, he explained. After a few weeks of microorganism digestion on the conveyor, the compost is spun in a chamber to further break down the material.

Finally, after three long weeks, the compost is ready for curing.

“You can make the analogy to wine. Wine, if you cure it properly, you get a higher quality wine,” Lau said.

During curing, which takes place over a period of months, macromolecules in the organic waste, like lipids, carbohydrates and proteins are broken down, with the end goal of transforming unusable nitrogen into the type of nitrogen that plants need to survive.

The whole process takes place in a fully enclosed machine, which serves to both regulate the temperature, as well as to keep odours from escaping.

The usable nitrogen and the accompanying slurry of useful nutrients in cured compost function as a fertilizer. 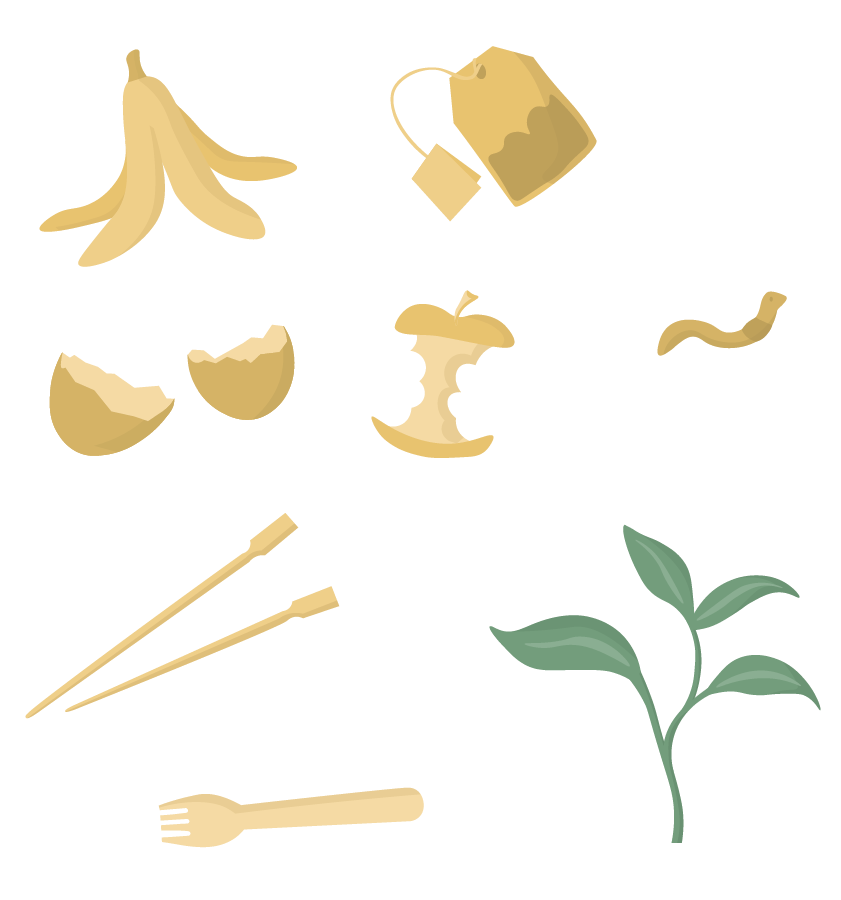 However, “the main goal of composting is not to produce fertilizer,” said Lau, explaining that organic compost can’t compare with synthetic ammonia as fertilizer. “… The main advantage of compost is as a soil amendment.”

As broken-down organic waste, compost contains mostly carbon compounds. Lau said that the extra carbon can help cation exchange in the roots of plants, improve soil water retention and slowly release nitrogen at levels safe for plants. Too much nitrogen at once can prove deadly, he said.

According to Tamas Weidner, UBC manager of waste management and the garage, the campus generated a whopping 600 tonnes of food waste last year. He believes that number has gone up this year.

However, not all of that waste is going to the composter.

“Currently, our contamination rate for the campus is about 15 per cent,” he said. “15 out of 100 green bins are contaminated and are then sent to the landfill.”

This means that, if the trend keeps up, over 90 tonnes of compostable waste will be headed to the landfill instead of the garden this year.

That’s why contamination is currently the biggest problem for composting on campus, according to the UBC Building Operations website. It’s also why plastics are giving the workers at the in-vessel facility a collective headache.

According to Weidner, staff must manually sort through every single green bin sent to the facility. Unfortunately, some are simply too contaminated to separate efficiently.

“That 15 per cent is so contaminated that we say you know what, more than half the bin is plastic and non-compostable material. We are now going to deem this as ‘garbage,’ said Weidner.

UBC conducts a volunteer-led waste audit annually to check where our waste is really going. In the 2017 audit, which sifted through 387 kg of waste from the Nest, only 22 per cent of items found in the garbage actually belonged there. 59 per cent of the garbage sorted was compostable.

What’s worse, methane is released by organic waste decomposing in landfills, a gas 28 times more effective than carbon dioxide at trapping heat in our atmosphere, reported The Washington Post.

Heading into the new decade, UBC has missed its goal of diverting 80 per cent of waste away from the landfill. The waste diversion rate between 2018 and 2019 was closer to 54 per cent.

Weidner said the in-vessel facility will continue processing for the foreseeable future. However, a growing student base may put a strain on the processor.

“Future-wise we’re going to continue to process and make our own compost because there are not many options out there anymore,” he said.

Weidner lamented the lack of composting options in the Lower Mainland. He said there were more composting facilities before stricter regulations shut them down.

“[It] kind of limits us to having to process our own material,” he said.

But at the end of the day, the least we can do is to sort our trash.