Crying fire on a crowded campus: Limits to freedom of expression at UBC

The intersection of academic freedom and freedom of expression is hard to articulate but their divergence is critical in the context of UBC.
Elif Kayali 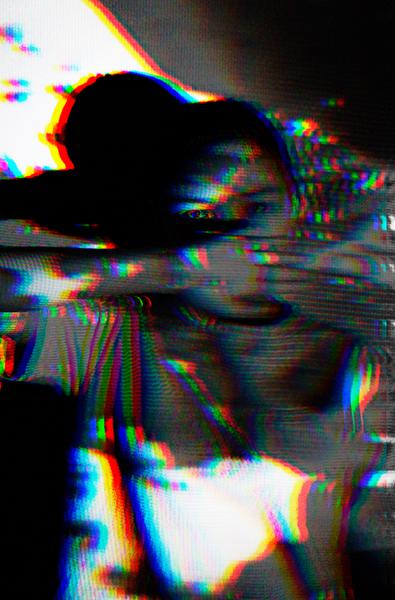 In October 2019, UBC Students for Freedom of Expression (SFE) organized an event on campus featuring two far-right speakers, Ricardo Duchesne and Mark Hecht. Tensions rose as protestors of the event clashed with attendees.

“We were outside that event on campus protesting and people who were attending the event came outside and started harassing and assaulting us physically,” a member of Students Against Bigotry (SAB) said. The SAB member requested to remain anonymous due to concerns about retaliation from far-right groups.

Cst. Kevin Ray with UBC RCMP verified the SAB member’s claims in an interview with CBC on October 10, 2019.

“There was some pushing and shoving.”

Campus events don’t usually end in physical violence, but the Duchesne incident highlighted the disagreement around the limits of freedom of expression at UBC.

While campus is divided on the limits of freedom of expression, most people agree that you can’t cry fire in a crowded theatre, meaning your speech can’t cause imminent harm to others. The centre of the UBC debate, however, is who gets a platform at UBC as an invited speaker.

The intersection of academic freedom and freedom of expression is hard to articulate but their divergence is critical in the context of UBC.

The divide on freedom of expression on campus manifests itself through student groups. Two student groups specifically, the Free Speech Club (FSC) and SFE, have come under fire because of the speakers they have invited to campus.

The FSC said that its goal in inviting speakers is to create dialogue. The group’s president Jarryd Jäger said they define free speech as partaking “in rational discourse with other people in order to flesh out the best ideas,” but that excludes “any speech that directly could lead to imminent danger to anybody, whether it be mental or physical.”

While open discussion lies at the heart of FSC, the majority of past speakers featured on their website come from various right-wing ideologies.

Freedom of expression is a right ensured under the Canadian Charter of Rights and Freedoms and subject to limits that “can be demonstrably justified in a free and democratic society,” whereas UBC’s Strategic Plan defines academic freedom as “a scholar’s freedom to express ideas through respectful discourse and the pursuit of open discussion, without risk of censure.”

In the context of UBC, when trying to decide whether or not the speech is harmful, Professor Margot Young, a law professor focusing on constitutional and social justice law, said, “You [should] listen to those people whose interests and whose issues are most at stake.”

Young was also a panellist at SAB’s event “Academic Freedom: Under Threat at UBC” in February 2020.

SAB works to “build community solidarity and collective resistance to far right organizing” on campus and aims “to defend [UBC] community from far right violence.” They see the events hosted by the FSC and SFE as “the most visible tip of the iceberg of far right recruitment and indoctrination.”

However, Tate Kaufman, SFE’s vice president, argued that by deplatforming far-right viewpoints, they don’t get eliminated.

“You just allow them to sort of fester in their own little corner of the world without ever really challenging them and that’s how you create radicalist enclaves.”

Tillman Dierkes, a member of the UBC Social Justice Centre, pushed back on this argument by challenging the notion that the platforming of bad ideas will be publicly exposed in a negative light .“Bad ideas can be convincing, and will not appear obviously bad to everyone and actually do need to be challenged in a kind of more thorough way,” Dierkes said.

“I think it’s important that we don’t conflate discussions of ideas with uncritical support for those ideas and having to listen to that,” Dierkes added.

The UBC Senate’s 1976 statement on academic freedom outlines the university’s “primary functions” as “instruction and the pursuit of knowledge.”

Academic freedom allows for that pursuit and education but this is differentiated from freedom of expression due to the standards that are attached.

UBC defines academic responsibility as “namely the obligation to uphold scholarly integrity and to comply with the prevailing scholarly practices within a given field of specialization.”

“All requests for event bookings at the UBC Vancouver and Okanagan campuses or Robson Square are being assessed through the lens of the BC Human Rights Code by an external legal expert specializing in human rights and civil liberties laws.”

Today, the ’76 statement still acts as UBC’s compass when it comes to academic freedom. UBC defines it as the ability “to learn unhindered by external or non-academic constraints, [and] to engage in full and unrestricted consideration of any opinion.”

The statement extends academic freedom to all “regular members” of the university and “to all who are invited to participate in its forum.”

Kaufman said, “[Academic freedom] should also be the freedom to hear opinions that maybe your professors don’t share in a university context and that’s what we try to do.”

While academic freedom does include the students’ freedom to hear uncomfortable opinions, Young believes there’s a level of discomfort that isn’t productive.

“Really good learning makes you uncomfortable because it forces you to reexamine your assumptions that really lie at a kind of deep, unexamined unconscious level. [But] there are some kinds of discomfort that are not okay. And discomfort that comes from disrespect, vilification [and] contempt is not healthy, productive discomfort that fuels transformative learning.”

The FSC finds UBC’s policy fairly robust. Jäger said “What we fear is that, for lack of a better word, the outrage mob will slowly begin to erode those robust freedom of speech regulations that we have at university. So our goal is not so much a goal of changing policies, [but of] changing norms.”

Young believes the “the slippery slope” argument that restricting free expression will lead to the erosion of it is “poor philosophy.”

“There [are] some kinds of speech everybody would agree [and] some kinds of expression, nobody would support. ... I don’t hear anybody on campus who would say, academic freedom includes violent speech. And so you’re already drawing a line.”

Where to draw the line?

When contacted for an interview, UBC directed The Ubyssey to the UBC VP academic’s website.

Dr. Peter Suedfeld, a professor emeritus in the department of psychology, thinks that restricting speech that’s allowed under the law on campus would lead to the university failing its primary functions.

As a Holocaust survivor, Suedfeld is concerned about limitations on freedoms of expression. He believes that restricting “all information except what the authority wants” results in tyranny.

In addition, he was a member of the UBC Senate when the 1976 statement was approved.

“[For] many students, and many faculty, academic freedom is less important than not hurting people’s feelings … I think that there is a confusion between what is meant by safety and what is meant by comfort,” said Suedfeld.

Young agrees that academic freedom includes students’ right to hear viewpoints that make them uncomfortable. But she believes that doesn’t mean there shouldn’t be limitations on academic freedom.

“As soon as the speech starts being hateful and denigrating identified groups in ways that attack their membership in the university community through its extreme notions of disrespect, or contempt … we may have reached the limit of what academic freedom protects,” she said.

When it comes to drawing that line, Young thinks context is crucial. Looking at the circumstances in which the expression takes place and the existing power imbalances on campus could lead to the university stopping short of speech that further marginalizes parts of the community.

Georgia Yee, the AMS VP academic and university affairs, thinks we should find room to disagree with one another while being inclusive. “It’s really vital to make space for disagreement, but also have that commitment towards equity and inclusion.”

She added that disagreement doesn’t mean hate speech should be tolerated, which “in turn, obviously endangers somebody else’s right to feel safe in that space as well.”

While many groups find the ’76 policy adequate, there are also those that want to see it changed.

But Yee has hope in policy. She sees the need for “a joint Board [of Governors] and Senate policy on equity, diversity and inclusion,” because many UBC policies “don’t have this commitment to equity embedded in them.”

As it is right now, the policy statement is also “very much open to misinterpretation or being interpreted based on an individual’s personal preferences,” she added.

She believes that this process is only possible through “making really tough decisions about which inevitably, there’ll be disagreement.”