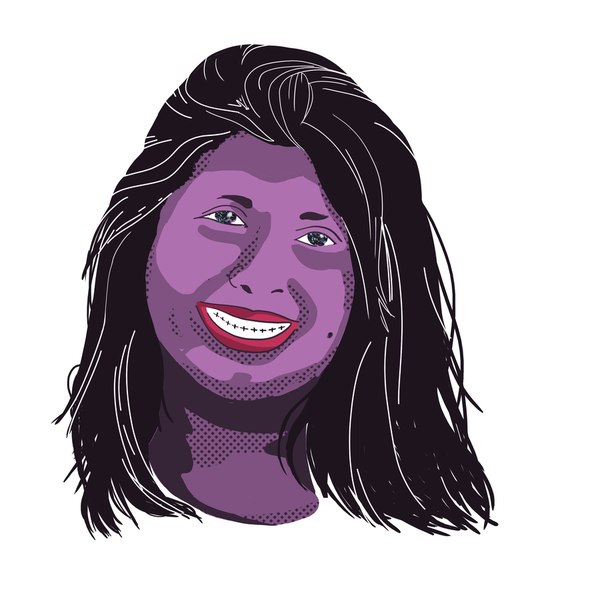 Dr. Farah Shroff prefers not to be called a ‘resistor.’

After talking to Shroff, it is clear that nothing she does is by the book.

Founder of Maternal and Infant Health Canada, professor of the first political science course on public health at UBC, avid yogi and advocate for all things creative in the classroom, Shroff has been inspired to make a difference since her parents took her to India, where they were born and raised, when she was fourteen.

“Both of my parents were raised working class,” said Shroff. “My dad’s father was a World War I vet who suffered hearing loss, so my dad was raised in real poverty … On my mom’s side of the family, her dad was murdered when she was 12. My grandmother ended up raising five kids in India all by herself. By virtue of that, my mom also struggled a lot.”

Shroff explained that, at 14, she was impacted by the shock of the poverty and oppression in India, but that her connection to her family allowed her to recognize the amazing things there, like the deep spirituality, kindness, yoga and meditation.

“People who don’t have the same heritage that I have come away [from a trip to India] with a greater sense of disconnection I think, whereas I came away with a sense of connection,” she said.

“This was a place where I could have been raised, it could have been my home. And so instead of wanting to become a rich and wealthy famous lawyer, which is what I had always wanted up until that point, I came away saying that I wanted to spend my life making a difference for the people I saw around me there.”

So far, Shroff has achieved this goal. She founded Maternal and Infant Health Canada (MIH Can), an organization that focuses on reducing preventable maternal and infant mortality in the poorest regions of India.

“In just very plain language, improving the social determinants of health means creating a more just world, a more just social world socially, economically and in all ways,” she said.

“The public health literature over the past number of decades in dozens of countries has shown us that this very counterintuitive truth: that money and power are what create health, so people with more money and more power are the healthiest people. It’s not access to healthcare. The medical system plays a really small part in whether or not people are healthy or not. It typically blows apart people’s conception [of how to create a healthier world].”

Luckily, Shroff has a classroom full of students with whom she can share these truths. She teaches courses on global health, violence, and social justice.

To some, her teaching methods may seem unconventional, but they’re designed so that she can truly understand where her students are starting from and how they can then move together in learning.

“Instead of saying something like I’m toppling the sage on the stage andragogical dominant technique where the teacher has all the power and students have no power, I will usually say I teach student-centered active teaching,” she said.

In her classes, Shroff keeps the lectures to a minimum and focuses on different exercises.

“I use this Brazilian technique called teatro del oprimido, which is a social justice theatre technique. It’s about taking elite theatre away from the elite and giving it to people to talk about their struggles, their lives, their passions. I use poetry, I use drawing, I’m a yoga teacher so I do relaxation exercises.”

For one of her courses on social justice Shroff wanted to show how creativity is valuable in social movements and so they created a video called Under Creative Construction: A More Just World.

“We had videos interviewing Morgane Oger, who’s a transgender activist and Dale Edwards, who’s an anti-racism activists. [At the] launch for the video we had singing. A professional singer [led] a song on social justice, me and my friend dabbed…and Morgane came and did a reading.”

In that class, Shroff even performed a dance for her students.

“That was the hardest thing I think I’ve ever done as a university professor,” Shroff admitted. “I wanted my students to see how important it is to be vulnerable and take risks, to grow through this process of really wanting to bring about social justice. And see that the creative process is part of that.”