In many ways, I’ve had the full UBC experience. Tuum fucking Est and all that. But at what cost?
Danni Olusanya 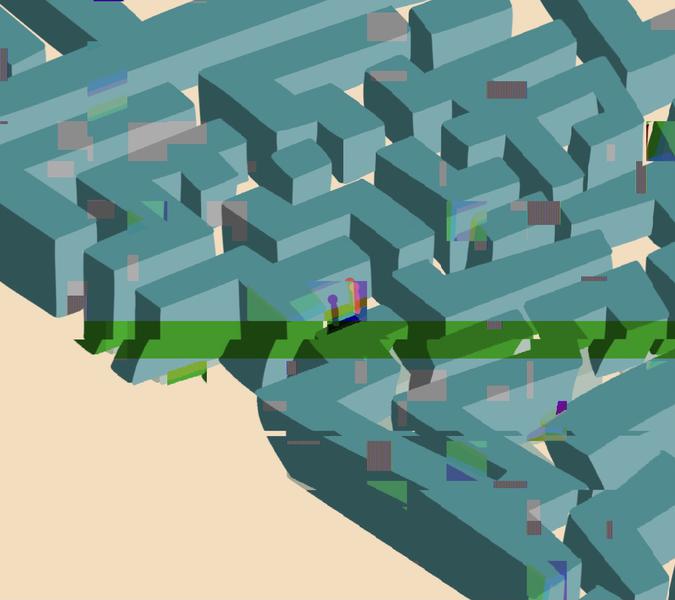 My first month at UBC did not go the way I expected.

I was finding it hard to make friends and even harder to find where my classes were. On Imagine Day, it took me 45 minutes to get from Totem Park to Main Mall. A week later, it took me an hour and a half to navigate my way from Buchanan Tower to Great Dane. As the first weeks passed, it was becoming increasingly clear that my navigation skills weren’t getting much better.

I knew that moving away from home would not be easy. I was navigating a new city and living on my own for the first time. But it was beginning to make me anxious.

As I sat in the dining hall, eating chicken strips for the fourth day in a row, I couldn’t help but feel like I was standing on the periphery of the coveted university experience. While people were hooking up, falling in love and making memories, I was spending my Saturday nights highlighting and colour-coding my copy of Oedipus Rex (a play that I had already read three times) by theme.

Too scared to put myself out there and even more fearful of getting on a bus, I found myself simply walking in circles with nothing but my withering sense of pride and Google Maps to help me find my way home.

As I sat on my twin bed blowing up my high school group chat and waiting for my roommate to come home, I couldn’t help but feel like a fucking failure. Not just because I could count my daily interactions with other students on just one hand. But because I had been told that I was a failure by a professor.

The first class of my degree was an Economics class with over 100 students, and while I had always struggled with math, I thought the class could be a fresh start for me. I had spent my days off from my summer job studying for the class, pre-covering all the subject matter for both micro and macroeconomics. When the class ended, I introduced myself to my professor stating that while I hadn’t taken math in Grade 12, I had been studying for the class over the past few months and as a result, wanted to know which areas to focus on. He gave me a disgusted look before telling me to drop the class.

While for him, it may have been just a throwaway comment to another overzealous first-year, for me it was more reassurance that I had academically and socially peaked.

I felt my shoulders sink as I Google Mapped my way back from Swing Space to Totem Park. None of my preparation was paying off. It was at that moment that I went into overdrive. While I ended up dropping Econ a few days later, I doubled down on my other classes. Doing well in university was no longer the objective, winning was.

I had been warned about the dangerous consequences of living my life on overdrive before. I’m competitive and perfectionistic by nature, but I will be the first to admit that I have a tendency to take it too far. When I found out in Grade 12 that I had finished my Philosophy class with an average of 84 per cent — my lowest mark of my first semester — I told my teacher that he would find me swinging from a rope. I have no idea why I said that, it just felt true in that moment.

The next semester, when I got the second-highest mark in another class rather than the top mark, I loudly cursed at everyone in my immediate vicinity before storming out. I was desperately trying not to angry cry and held back the urge to rip my exam into shreds.

As I walked home from my economics class that day, my feelings of not being enough were greatly triggered as I began to feel my coveted university experience slip from my grasp. 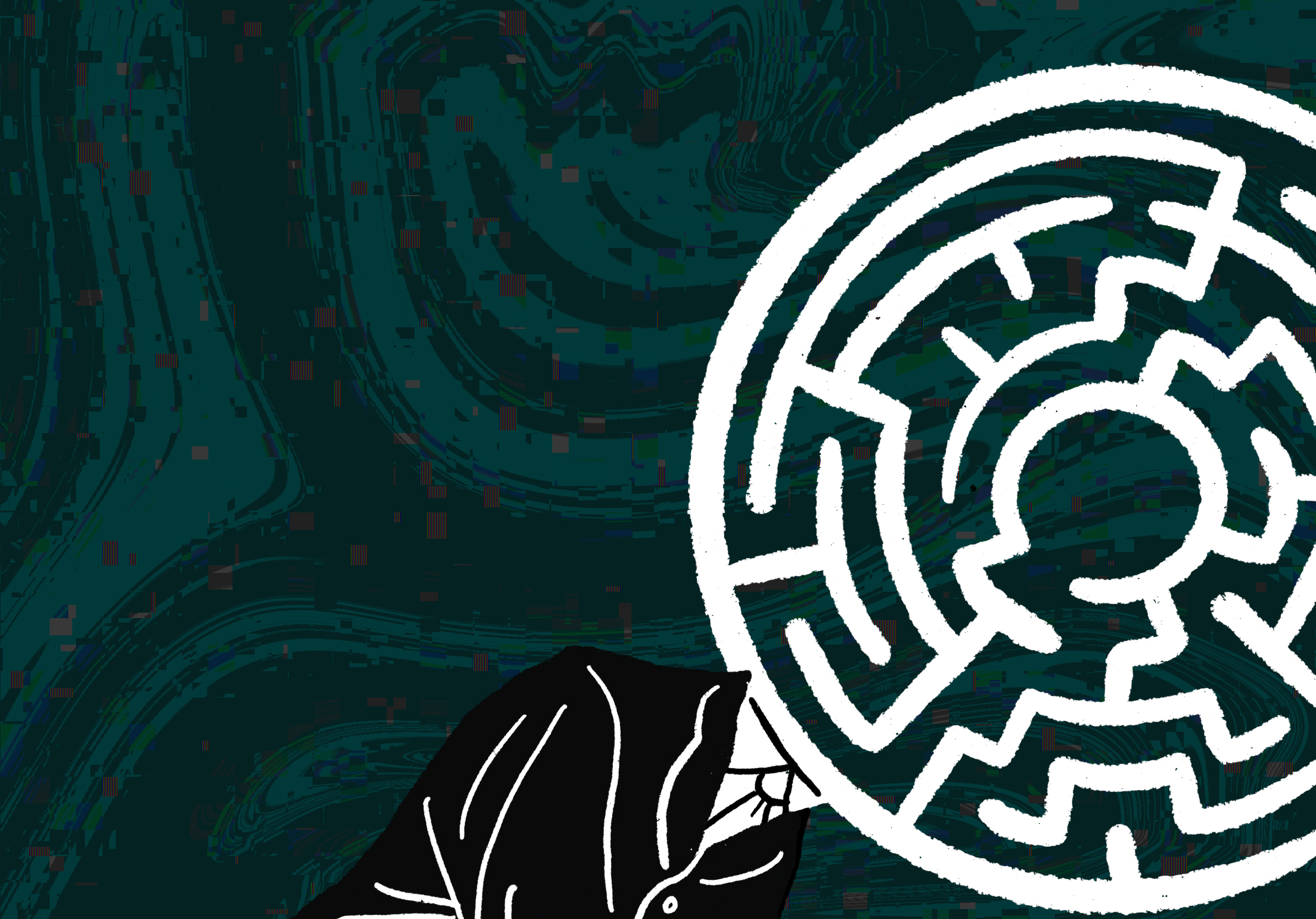 But I know that this is rooted in more than just a desire to do well.

There is an adage that is frequently mentioned within the Black community: “You have to be twice as good to get half as far.” While my parents never said that phrase to me directly, living at the confluence of Blackness and being the daughter of Nigerian immigrants, the mantra is pretty much a given. But, it took me a second to realize that going to UBC, one of the top universities in the country, had not solved the problem — I still had to be twice as good to be noticed, twice as good to be seen.

This was made especially clear when I finally attended my first college frat party on my 18th birthday. I tagged along with a group of stunning white women. While they had all previously decided to colour-coordinate by wearing white, they had forgotten either intentionally or unintentionally to inform me. I sat awkwardly in one of their dorm rooms as I tried to laugh along at their inside jokes even though I had no idea what they were talking about.

Even though they were trying to be kind and include me, it was clear I wasn’t one of them – hell, I wasn’t even in their group chat. They nicely poured me a shot of vodka which (due to feeling so anxious I wanted the floor to swallow me whole) I immediately puked up. With nothing but the taste vodka-puke in my mouth, I found myself trying to catch up with them as they walked confidently to the party.

Typical of me, I had absolutely no idea where I was going. As we meandered the dark, unforgiving roads between Totem Park and the Greek Village, I wondered if I would finally be able to find myself. But when we arrived, it was incredibly quiet. I didn’t know at the time that we had entered the Village during fraternity rush, when all the parties are closed and invite-only. As the group approached the door, the security guards scanned us for physical attractiveness, deciding if we were worthy of standing around in a nearly empty frat house with other freshmen. The security guard let my friend in instantly and after scanning me confusedly, he hesitated. But when he saw the look of panic in my eyes, his face softened before saying, “I guess you can go in too.”

As humiliating as that had been, at least I was in. Happy birthday to me?

Quiet trap music played as I stood by the wall, unseen in the half-empty room. As I slinked further into the corner of the room, a man came down the stairs with a group of friends. He pointed directly at me, and said loudly in a mocking tone — to no one in particular — “Oh! She’s Black.” As if I didn’t know about the colour of my own skin. The group with him sputtered into bouts of awkward laughter, and I felt my Black skin redden in embarrassment. And though I had never been so keenly aware of my difference, I was determined to transcend it. If I was going to be the only one, I was going to be the best one.

After this, I powered through my insecurities and tried to be the best, most extroverted version of me possible. It felt fake, like I was playing a caricature of myself. As a baseline, I found myself overextending, overpromising and overworking. And while I was silently suffering, I was living the life of a main character. I had made a solid group of friends while maintaining a busy social life and almost perfect grades. I was topping classes, so why was I left wanting more?

I learned the hard way that this life was impossible to keep up. As I forced myself to embark on a litany of impossible tasks, I started to become sloppy. Cutting corners and pushing up against deadlines with reckless abandon became my norm — until my body started to give up on me. Tasks that were supposed to take 30 minutes started taking hours and on top of that, I was acting out. I had a foul temper and took my anger out on those around me and on myself. Late one night, as I was hastily trying to finish a paper, I poured a kettle full of boiling hot water straight onto my keyboard because I could no longer see the mug. But that was not my breaking point.

Years later, I don’t know if I can say that I’ve reached breaking point. On paper, I know I’m accomplished. In many ways, I’ve had the full UBC experience. Tuum fucking Est and all that. But at what cost? Inside, I’m really tired. I want a nap. But when I try to stop, I think about all the moments I’ve failed and desire to push harder. It’s a cycle, but I know I’m not the only Black woman in it. When I look at other Black women on this campus, I think of all the work they have done, all the systems they have helped build and will continue to build on this campus. And yet, I don’t find myself feeling happy. In many ways, I still feel lost.