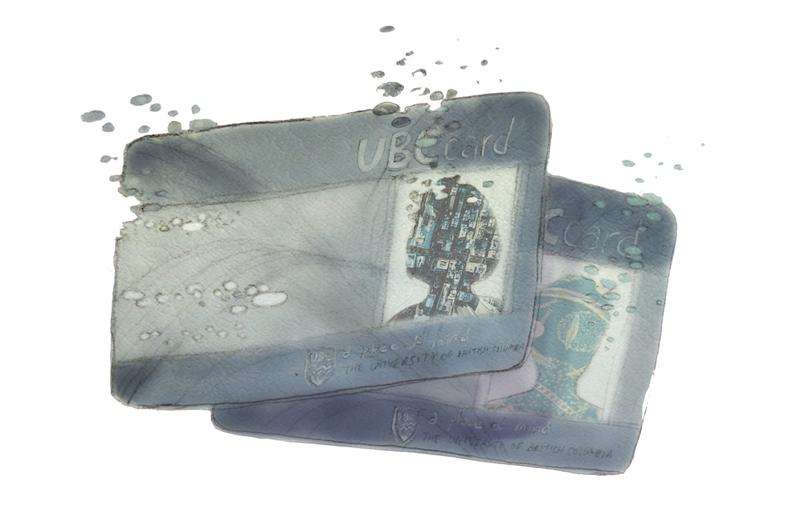 Have you ever sat in a class and seen an instructor who looks like you standing at the lectern?

Your chances of answering “yes” are much higher if you belong to select demographics.

In an institution with students of as many genders, abilities, ethnicities and sexual identities as UBC, diversity might seem like a non-issue — until you take a closer look at its faculty.

The increase in hiring of female faculty to the tenure stream from 35.4 to 46 per cent from 2010 to 2014 is a step in the right direction, but disparities are still seen at the tenure and administration levels. As of 2014, nine per cent of deans and 23 per cent of department heads were women.

It should be noted that no data exists — yet — regarding the number of faculty who are diverse in terms of ethnicity, disability, gender identity or sexual orientation.

“What’s important is that our community, our students, can see themselves reflected both in the faces of the people that are standing in front of their classrooms,” said Sara-Jane Finlay, associate vice president of Equity and Inclusion. “You can have diversity without excellence, but you can’t have excellence without diversity.”

In the interest of opening a discussion of what and from whom students learn at UBC, The Ubyssey dove into policy and personal conversations with administrators — including President Santa Ono — to uncover what diversity means to UBC, how it intends to improve and why this should even matter.

So what’s UBC doing about it?

Tuition increases and leadership snafus have certainly kept UBC busy in the last few years, but many of the policies that are changing the demographics of faculty members have been silently affecting change.

Currently, UBC has implemented a variety of programs — ranging from the gender pay equity initiative to its unconscious bias training programs for recruitment committees — which administrators claim are leading the way in Canada for actively ameliorating faculty diversity within universities.

“If you were to look at any of the strategic plans or academic plans that have been put in place … you’ll see that diversity is really a central value that is held by [UBC],” said Finlay. “That’s both in terms of the diversity of our students [and that] of our faculty and staff.”

The gender pay equity initiative, initiated in 2007 by the UBC Faculty Association Status of Women Committee, is one such project. Published in 2013, the initiative collects and aggregates data on differences in salaries, lengths of time between promotions, and the impacts of leaves on men and women faculty members.

“UBC was one of the first institutions in Canada to do that in recent history, and it has happened at other institutions since,” said Finlay. “It’s really a key component of the broader strategy to diversify the faculty [at UBC].”

But even if the university is headed in the right direction, diversification of its faculty won’t happen overnight. Many administrators, however, are confident that UBC’s commitment to making data-based policy decisions will increase its chances of success. 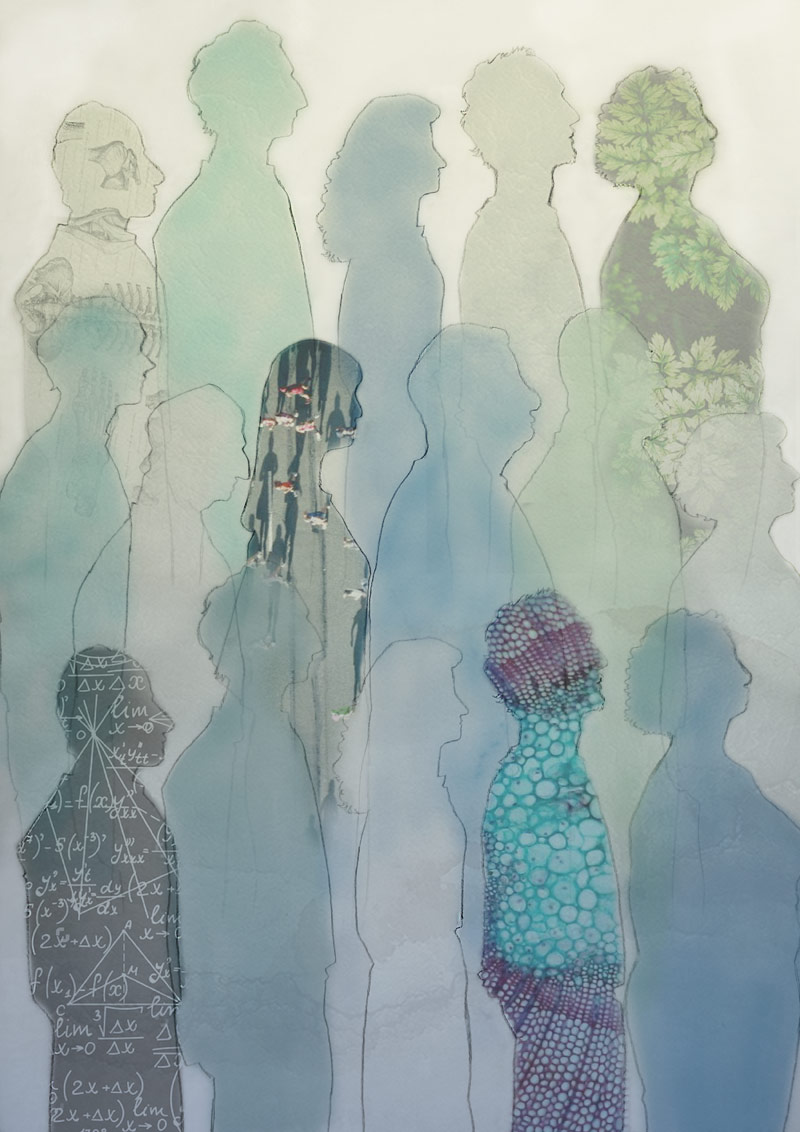 “I think like all institutions, things move slowly,” said Dr. Jennifer Love, who began her term as senior advisor to the provost on women faculty in July 2016. “What I find really helps is data. You have to be able to have an argument that is robust, because if you start making policy changes on information that is not robust … you could have unintended consequences.”

In the spring of 2016, UBC conducted an equity census in order to collect data on its faculty beyond gender. Despite being obliged to report on the demographic groups prescribed by the Government of Canada — women, people with disabilities, aboriginal people and visible minorities — UBC collects data on faculty members who are sexual minorities as well.

Love has high hopes that a quantitative understanding of diversity is going to help UBC locate its areas for improvement and act more efficiently.

“We’d like to be able to take the equity census information and basically roll it into a visualization software that is made anonymous, and then we can start looking at the broader questions than just men and women,” said Love. “This would allow us to have an honest assessment of where we are in the university with respect to faculty diversity.”

Margot Young, chair of the Faculty Association Status of Women Committee and professor in the Peter A. Allard School of Law, says that while UBC has many structures in place to address issues of inequity on campus, productive measures can take a long time to be put in practice.

Historically, the Status of Women Committee has provided much of the driving force behind gender equity movements for UBC faculty, including the campaign to appoint a senior advisor to the provost on women faculty. In October 2016, Young published a response to UBC’s Draft Sexual Assault Policy through her position as committee chair, calling attention to the policy’s shortcomings including its lack of commitment to timeliness in handling cases.

The committee, in her opinion, has been instrumental in putting pressure on the administration to be more responsive to equity issues faced by female faculty.

Young highlights the importance of gender and racial representation as issues that face institutions indiscriminately across society. Diversity issues in the macrocosm of society can be examined at a microscopic level on campuses, positioning campuses as an excellent place to create structural reform.

For Young, the diversity conversation is especially important in light of current political movements that have given rise to protectionist and populist rhetoric.

“Today, we live in a moment [of] sexism, racism and hatred of those who are different than ourselves,” she said.

In this framework, the diversity issue at UBC can be thought to represent one case study in an important global conversation, one which may give institutions of higher learning a unique ability to address issues of equity and representation.

Young highlights the lack of numerical representation of Indigenous and racialized scholars as a key issue faced at UBC. In her eyes, “the struggle of diversifying” takes place not only within disciplines, but across the university.

While universities must confront a range of issues surrounding diversity on campus, Young believes that many of these problems have similar roots and can be addressed through similar administrative structures.

While diversity at UBC has a long way to go, Young is optimistic for the future.

“There is real expertise, awareness and a kind of smart consciousness amongst many of the faculty who work in this area. We have good in-house talent to help us deal with these issues.”

Evaluating the importance of faculty diversity at universities can be a deeply personal reflection on one’s own experiences in academia.

“Our life experiences are very much shaped by gender and ethnic identities and the way people categorize us — and the opportunities we have are shaped by those things,” said Jennifer Berdahl, a UBC professor of gender and diversity leadership studies who theorized that former president Arvind Gupta's hasty departure may have been due to a “masculinity contest.”

Berdahl believes that a diverse faculty allows a greater representation of role models for the diverse student body.

“Women tend to suffer in programs where there are primarily male faculty teaching them. They don’t see themselves in the discipline or they don’t think of themselves as being as capable of that subject if the message is that men primarily can do this,” she said. “If you have role modelling in the classroom of the faculty, it suggests to everyone that this is an equal opportunity game and everyone is capable of pursuing these kinds of lines of inquiry.”

The importance of a diverse faculty can also be seen in cases of sexual assault and harassment on campus. Berdahl cites a “chilling effect” in these cases if students can only voice their concerns to an all-male faculty.

President Santa Ono is no stranger to the struggle for diverse faculty, knowing that he is one of the most underrepresented minorities when it comes to university presidencies as an Asian male.

“I’ve actually experienced being one of the first to be an Asian during different stages in my progress as a faculty member and as an administrator,” he said.

Ono also noted that while fighting for more representation of certain groups is a constant struggle, universities are, by definition, diverse.

“For example, UBC has 18 different faculties, and professors in each of those faculties think about problems and the society in different ways. As opposed to an institute that only has physicists or only has biologists, one of the great advantages of a university is that we have this group of diverse individuals that look at the world with different lenses and with that different expertise. That diversity is really the differentiating feature of universities that really makes them the ideal places to educate the next generation.

“Students learn from watching individuals in their act, and having a diverse faculty is probably the best education a student can receive — to be inclusive and to be part of diverse teams that can really positively affect civilization.”

We’ll drink to that.

Due to an editing error, Sara-Jane Finlay's name was originally misspelled as “Sarah-Jane Finlay.” This article has also been updated to reflect the fact that the gender pay equity initiative was initiated by the UBC Faculty Association Status of Women Committee, not the Equity and Inclusion Office.