I have come a long way since entering university. But this is only because of my own stubbornness and the support from people who made a difference by their own volition.
Isaac You
Illustration by Shuya Pan 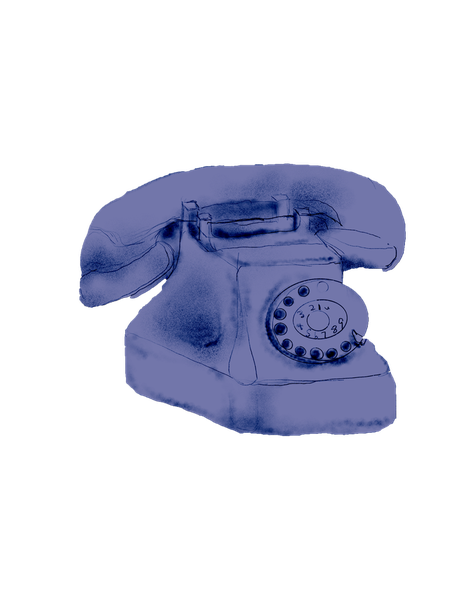 Trying to get help for mental illness feels like an endless game of telephone. Referral after referral in this long and tedious drawn-out process that goes nowhere, sitting on the waiting list for months, maybe years. Any desire to be better just gets ground down, jumbled up and slowly fades away as you realize that admitting you have a problem is only the first step.

From there, it’s an uphill battle.

After struggling through high school, I attempted to have a fresh start when I moved onto campus for university. I had hoped to reinvent myself, the way many 18 year olds do, with a new city, new friends and a new wardrobe. I became a version of myself but dialed up to the max: much louder, much funnier, much braver. I went out and charmed people at mixers and other social events. I was essentially that bitch.

Or so I thought I could be.

A week and a half into the term, I ended up in the waiting room at UBC Counselling.

The truth is that I was miserable. With all this newfound freedom and access to alcohol and other substances, I was really self destructive. And since I wasn’t actually keen on dying young, I knew I needed to speak to a professional. A quick search on Reddit turns up countless horror stories about UBC Counselling. While I knew some of this going in, I was at the end of my rope. I needed help.

And frankly, I was ready to try anything.

Before we had to worry about COVID-19, the process of going to UBC Counselling went a little something like this: You’d walk in, make an appointment with the front desk for an assessment, then you’d come back in for the assessment, they put you on a wait list (anywhere from a few weeks to months) and finally, after all of that waiting and questioning and more waiting, you’d get assigned a counsellor.

At the time, they recommended I see a graduate student counsellor-in-training because the line was shorter, so I did. I was told that they were required to record the sessions as a part of their program, both audio and video. While I didn’t like the idea, I also really struggled with asserting and respecting my own boundaries.

After two hours of arguing with the counsellor, I gave in. The camera would be turned to the wall while we recorded, and I would start going in for weekly counselling sessions.

Around the same time, my RA was also starting to notice my behaviour. So I told her about some of what I had been dealing with.

My RA was nice, but everytime I told her something, her reactions would make me regret telling her anything. I gradually realized that she was there because it was her job to be and she felt uncomfortable having to deal with me.

It’s discouraging and frustrating. Being depressed makes navigating these hurdles an even bigger obstacle.

My RA suggested I go speak to the Counsellor In Residence, who I then emailed. They told me the meeting would be a one-time session and was more “one-off, goal-directed,” not actual long-term counselling. I never replied to their email.

I don’t actually blame my RA for this, even though I felt so alone at times. After I started withdrawing inward, I would go days without speaking to anyone. I thought I was going to just die in my room. I do feel that UBC as an institution has some responsibility here. Now at the ripe old age of 19, the same age my RA was back then, I realize how unreasonable it is to expect what is essentially a child to comfort another child. In what world could she have been equipped to give me the help I so desperately needed?

The grad student counsellor I first had with UBC Counselling was actually quite good and helped me learn a lot about boundaries. Things were going well, and then she left without a notice and I was pawned off to some other counsellor, which meant I had to go through the gruelling and painful process of telling my life story to a new person just to get them caught up. And then they, too, left without a notice and I was once again reassigned. Rinse and repeat.

By the third time that happened, I was so exhausted and tired of it all, the mindless platitudes mixed with the numbing discomfort of describing my traumas over and over again only to be met with incompetence and blank stares.

I was done. I stopped going to UBC Counselling.

It’s not just UBC Counselling that’s frustrating, it’s everything mental illness related and how they choose to handle it. I ended up getting a visit from Arts Advising after one of my TAs grew worried. The advisor gave me information that contradicted the actual policies around extenuating circumstances. I’ve had a front desk person at Student Health Services threaten to cancel my appointment with my doctor who oversees my prescription because I had forgotten to fill out a digital form. I had to take a zero on an assignment because it was technically past the due date, despite the humiliating email to my TA begging for an accommodation.

I have come a long way since entering university. But this is only because of my own stubbornness and the support from people who made a difference by their own volition. Despite what my brain sometimes tried to tell me, I actually did want to live. So I kept going, kept calling even when people failed to call me back, kept looking up services, kept going to intakes and kept pushing.

But I imagine I’m an outlier in that regard. It’s discouraging and frustrating. Being depressed makes navigating these hurdles an even bigger obstacle.

Then there were the individual people who accommodated me, allowing me to finish my first year. My first counsellor sat down on the floor with me instead of trying to force me to get up after I was having a particularly bad depressive episode that made me want to just sink into the carpet and rot. There was that one TA who kept giving me extensions, allowing me to finish the term. My doctor from Student Health Services, who I still have weekly calls with, also played a huge role. These people, whether they know it or not, were the ones that made a difference.

But as a system? I can say quite confidently that the system itself failed me, and I’m sure it has failed a lot of other students at UBC. The system offers very temporary and often useless solutions to deep and complicated issues.

All I got were mindless platitudes and reassurances that I was ‘valid.’ And, of course, the opportunity to fill out meaningless worksheets. This might work for someone who is ‘feeling down’ about having gotten a C on a quiz. This is not actually helpful for anyone with a history of mental illness that had been exacerbated by loneliness and stress encountered at UBC.

There is of course the argument that UBC Counselling is free, and so, how could we possibly demand more? But I don’t think that’s an excuse.

It’s not my responsibility to come up with a solution to their problem.