‘This is everybody’s plan’: What the landmark Indigenous Strategic Plan means for UBC

Six months after its launch, here’s how the Indigenous Strategic Plan is going.
Pawan Minhas 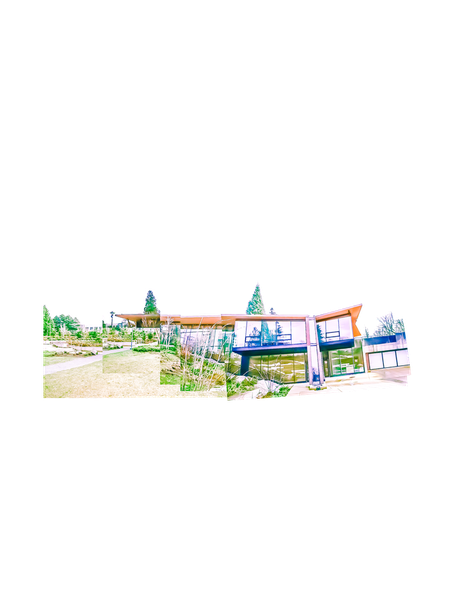 September 2020 saw UBC’s Indigenous Strategic Plan (ISP) go public. Constructed over three years with recurrent feedback from students and stakeholders, the plan is meant to guide departments toward decolonization and commit to answering the calls to action that have been levelled at Canadian universities.

The plan is the first of its kind in scale and scope in Canada. Six months after its launch, here’s how the Indigenous Strategic Plan is going.

The shoulders of giants

The ISP built on the foundation of its predecessor, the 2009 Aboriginal Strategic Plan (ASP), but also incorporates two major national studies and the United Nations Declaration on the Rights of Indigenous Peoples (UNDRIP), to which Canada wasn’t initially a party.

Published in 2007, UNDRIP is an international pact of which nearly 150 nations voted in favour. Canada stood opposed for nearly 10 years until it acquiesced in 2016. While the ASP incorporated aspects of the declaration, Dr. Sheryl Lightfoot — senior advisor to the president on Indigenous affairs, Canada Research Chair of Global Indigenous Rights and co-author of the ISP — calls UNDRIP “foundational” for the new plan.

Next came 2009’s Truth and Reconciliation Commission’s information gathering stage during which it spent six years engaging with communities across the country. UBC hosted a few of these feedback sessions, albeit on land that it continually acknowledges is not its own.

During the commission’s 2013 inquiry process, UBC announced its tentative intention to host a research centre dedicated to the commission and its work. Three years later, the Board of Governors approved the plan and work began on the Indian Residential School History and Dialogue Centre.

The ISP is also influenced by the National Inquiry into Missing and Murdered Indigenous Women and Girls (MMIWG), completed in 2019.

While the design process for the ISP was already underway by the inquiry’s completion, Lightfoot said the inquiry’s consistency with the previous declaration and commission report made it easier to incorporate.

“[The ISP] did require some retooling because that report dropped in the middle of an early stage in the process. But we also saw that report as consistent with the other two documents, so it's not like we were moving off in an entirely different direction.”

The incorporation of these three large-scale documents wasn’t left to the ISP authors alone, either. Due to the uniqueness of the plan, the ISP launch was attended by many, including the MMIWG inquiry’s chief commissioner, Marion Buller, Truth and Reconciliation’s commissioner, Chief Wilton Littlechild, and Dr. Kristen Carpenter of the UN’s Expert Mechanism on the Rights of Indigenous Peoples.

The path and its milestones

The ISP sets a number of ambitious goals for itself but forgoes any overarching timeframe for implementation, opting instead to allow deadlines to be set for individual goals and actions.

The plan comprises eight goals, some specific, such as “Recruiting Indigenous people,” and some broader, like “Indigenizing our curriculum.” Each goal recommends four to seven actions that the university and campus community can take in working toward that milestone. The plan outlines 43 actions in total.

Six months out from the plan’s official release, little publicized progress has been made, although Dr. Lightfoot said this is part of the plan’s prelude.

“[We] are at an early stage of building up some capacity in order to collect data, put it on websites [and] feed it up to the decision makers.”

Lightfoot, ISP co-author Dr. Margaret Moss, director of the First Nations House of Learning and a host of UBC executive and faculty make up the Indigenous Strategic Plan Implementation Committee. The committee’s mandate is to ensure each department, office or other organizational unit complies with the ISP’s goals.

Moss stressed that pursuing the ISP goals is primarily the responsibility of the departments themselves rather than the implementation committee.

“We aren't — and we can't emphasize this enough — the implementers. We're not going from unit to unit, faculty to faculty, and [saying], do this, do this, do this. Some of them might even think that, at this point,” said Moss.

The final chapter of the ISP, titled ‘Starting today,’ outlines the mission of the implementation committee, as well as any potential ad hoc committees formed by other bodies. This mission includes requirements to develop a progress measuring framework, a three-year review of the ISP by the university and community stakeholders and public transparency of both successes and failures in implementation.

“[We] created this as a suggestive framework. So it's not going to work for every unit, in every part of the university, but it is a set of measures that they can begin to put into their own context.”

The institution and the individual

While the ISP may be specific to UBC and tailored for its departments, the plan is based on national initiatives to address anti-Indigenous attitudes that have persisted longer than the university itself.

In the first chapter of the plan, “Truth before reconciliation,” the ISP co-authors write about how a still-colonial UBC affects those who engage with it.

“For many Indigenous students, faculty and staff, colonialism is a daily reality at UBC … When Indigenous worldviews, as expressed in their legal traditions, governance institutions, economies and social structures, are excluded from life on campus, we deprive both Indigenous and non-Indigenous community members of broader understandings,” the plan reads.

To Lightfoot and Moss, the ISP is meant to take broad goals like those outlined in nation- or university-wide documents and translate them for those operating on smaller scales. As this could lead to a lack of accountability or oversight, the report requires a review of the ISP every three years, in hopes of ensuring compliance.

While the individual departments remain important, there is still much to do on higher-level issues, like increasing overall Indigenous student enrolment and university relations with the Musqueam Indian Band. One of the first joint public documents inked, only in 2006, nearly 85 years after the Great Trek protest established the campus on unceded land.

But, Lightfoot says, making sure that every member of the campus understands how the plan relates to them is the first step.

“It's important that we get the word out that this is everybody's plan and everyone has a role to play here. Everyone should see themselves in some of those action items and can start moving those forward.”