People like having names with definitions like that: a single, positive adjective that they can attach to their identity like a zodiac sign, as if the moniker their parents picked at their birth has any bearing on their personality. My name is a little bit harder to define.
Written by
Tara Osler 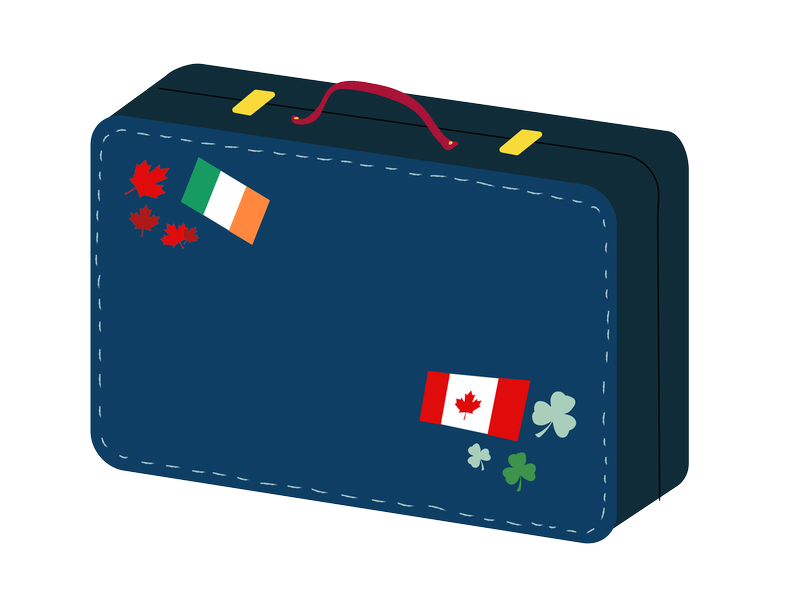 Occasionally people will ask for the meaning of my name. It’s not uncommon — everyone seems to know these days and is ready to tell you that “Sarah means princess!” or that “Katelyn means pure!” People like having names with definitions like that: a single, positive adjective that they can attach to their identity like a zodiac sign, as if the moniker their parents picked at their birth has any bearing on their personality.

My name is a little bit harder to define.

The answer I’ll give depends on my audience. The short answer is “Oh, it’s a place in Ireland.” The longer answer is “It’s the place where the kings of Ireland lived.” These seem to satisfy people, but it’s always a bit disappointing when everyone else can say “My name means beautiful!” or whatever other oversimplified descriptor they’ve come to from centuries of linguistic evolution. The “true” definition of my name is as follows: “an anglicization of the Gaelic Teamhair, which was the Hill of Kings in Ancient Ireland, which in turn took its name from a legendary queen named Téa.” I understand the allure of being able to define your name with a simple, attractive definition like “beautiful” or “pure.” What’s the fun of being named after some long-forgotten ruin in a country half a world away?

My name is the reason I started learning Gaelic. I couldn’t fit my anglicized vocal cords around the strange sounds of my own name in its original form. Nowadays I can say hello, introduce myself and curse at someone to kiss a certain body part. That is the sum of my knowledge of my ancestral language and when I speak I could make all of it up because I don’t know a single other person who speaks it. The vestigial Gaelic of my name is one of the only things that ties me to the culture of my ancestors. I’m third-generation Canadian. I have no family left in Ireland and I certainly wouldn’t qualify for dual citizenship. However, I have this strange, undefinable Gaelic name — one last line connecting me to my pre-Canadian roots.

Growing up in Canada, I was always aware of our “multicultural mosaic.” All my friends were “_____-Canadians” of some sort. I loved being able to experience so many cultures growing up, but I’ve always wondered why none of us were ever just Canadians. In the fourth grade, we had a culture fair where every student prepared traditional food from their culture. Mine was Irish, of course, and my nine-year-old self pored over Wikipedia trying to understand a culture that I was supposedly a part of, despite not having been raised in it. When another student chose their culture of origin as “Canada” — with all-dressed chips as a traditional dish — everyone was speechless. “Yeah, we’re all Canadian, but aren’t you something else too?” That was the first moment I remember where being Canadian didn’t feel like enough. 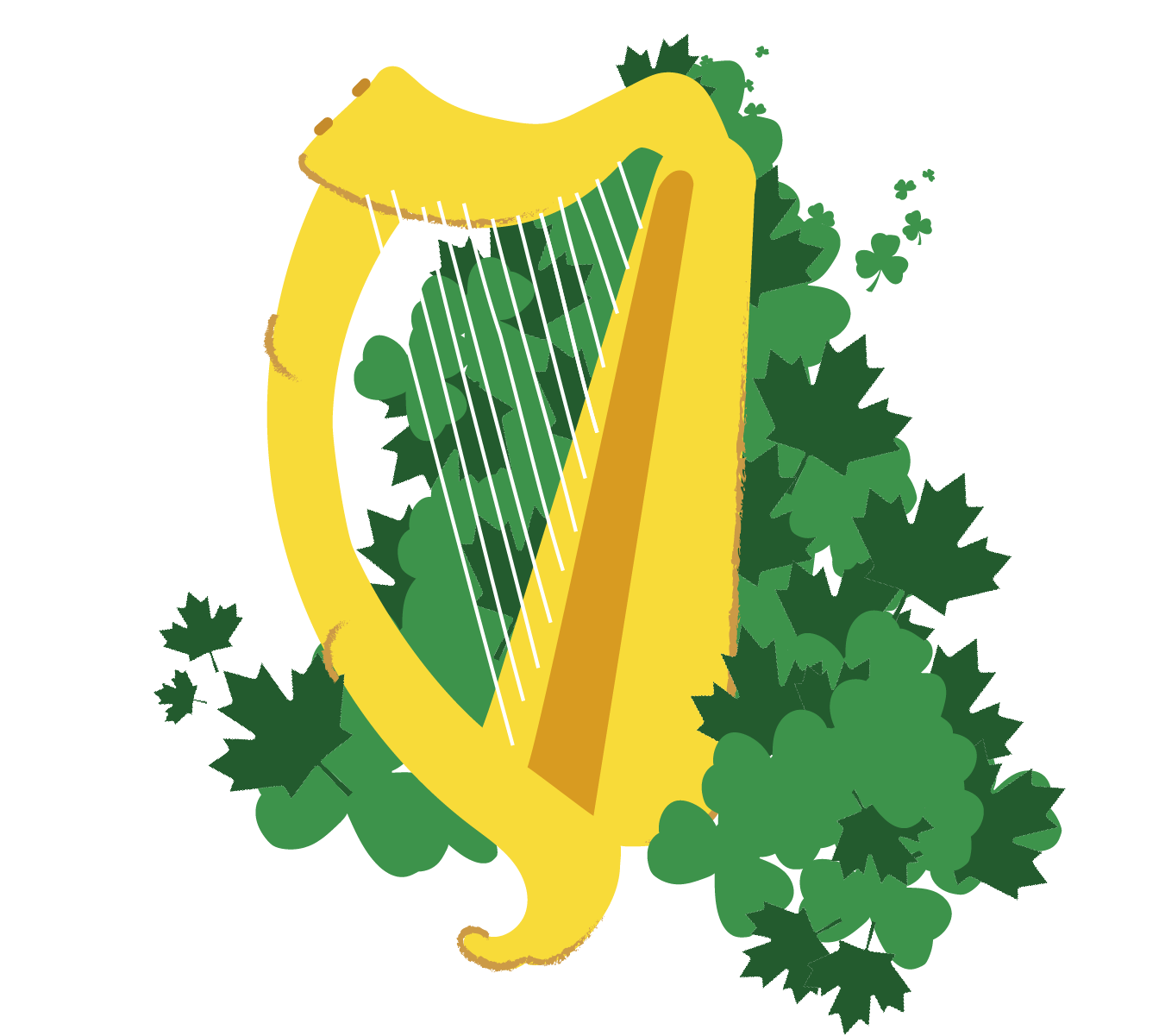 For those of us whose hereditary connection to another nation is a hand-me-down, is the modifier before “Canadian” necessary? The phrase “Irish-Canadian” always felt defensive in my mouth like I needed to have examples of my Irishness on hand in case someone questioned it. I’m always ready to list off the Irish names of my extended family, to curse in Gaelic or to rattle off facts about Irish politics until whoever asked regrets doing so. It’s a competitive sort of cultural identity.

The Irish-descendant populations of Canada and the United States are substantial due to the mass exodus from Ireland after the Great Famine. In the two centuries since, we’ve expanded to occupy a noticeable portion of the general population and the remnants of our previous culture have held on stubbornly — the enduring tradition of the “Irish” pub, the raucous festivities of St. Patrick’s Day where everyone claims to be “Irish for the day.” However, like most of the Irish-descendant population, North American “Irish” traditions bear limited similarity to their cultural ancestors. St. Pat’s has evolved into an excuse to party and pretend we like Guinness, and one rarely comes across an “Irish” pub serving solely Irish cuisine. The Irish connection we claim is tenuous — but Irish-Canadians continue to hold on to it with a proud stubbornness.

The question I think we must ask ourselves is “Why?” Why is our identity not complete by sole virtue of our Canadianness?

I was born in Canada to parents born in Canada, without a single word of Gaelic between them besides the names they gave my brother and me. I say I’m Irish-Canadian, but the flag I sewed on my backpack is red and white, with a passport to match. My children will be Irish only by virtue of the names I choose or choose not to give them as they move further and further from our ancestors. To everyone other than myself, I am just Canadian like the millions of other Canadians whose ancestral heritage is several generations too far to reach. Can we deal with being just Canadian, without modifications?

From most points of view, it is the Canadian facet of my identity that is most important. This is the only nation in which I can vote. When I travel outside these borders, I’ll tell people “soy canadiense.” I’ll uphold the tradition of smugly looking down on our American neighbours. Can I still define myself as Irish, when my Canadianness is my defining feature? From Ireland, I have a name, a great-great-grandfather and a somewhat misplaced sense of national pride in a country I didn’t visit for the first time until I was 17.

Am I Irish? I still don’t have an answer as to whether or not my Irish heritage is part of my identity — or whether or not I am Irish enough to count. The only answer I can give is that I hope that one day Canadian will be enough for us, without any hyphenated modification in the front to separate ourselves from Canada