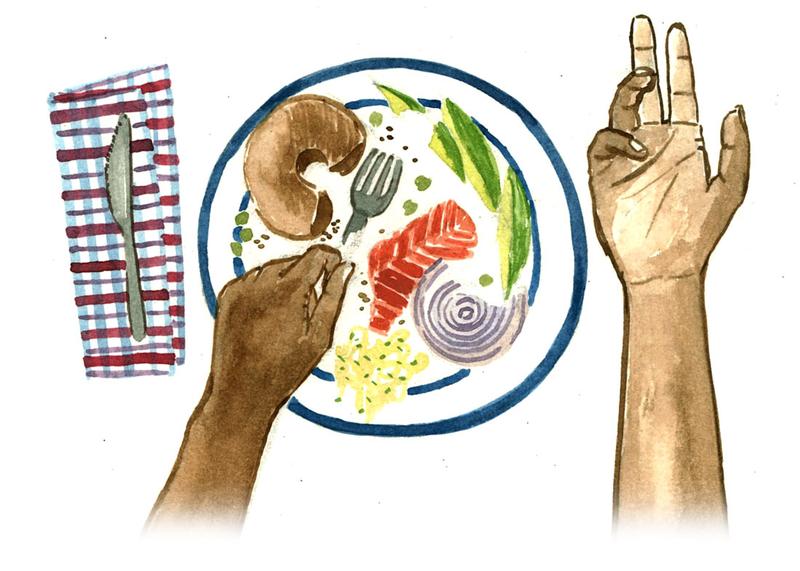 I would not consider myself a religious person. Honestly, I don’t understand how anyone could think of me as religious. So when I ask friends for class notes because I've missed a lecture due to a religious holiday, I always get weird looks.

I’m Jewish (emphasis on the “ish”). I practice occasionally, follow some traditions, but mostly I don’t think about it. Growing up, this was especially true; causal Judaism was all around me. There was no reason to think about it or question it. Since arriving at UBC, I’ve spent more and more time thinking about religion. It’s not that I’ve had a religious epiphany or found God, but the diversity of religion and faith at UBC has forced me to be conscious of my faith, family history and traditions.

Mostly, I think about religion's role in my life and the lives of students around me. What role does religion play on a 21st century university campus?

I grew up keeping kosher (mostly). My public high school in the suburbs of Boston had Jewish holidays off because such a large proportion of the town was Jewish. I had a bar mitzvah. I went to temple for Rosh Hashanah and Yom Kippur. I celebrated all, but only, the major holidays.

A day or two after arriving at UBC, I bumped into two rabbis on campus. I had yet to realize I’d left my bubble in the terminal of Boston’s airport. Rabbi Chalom (pronounced sha-lom) Loeub helped me hang a mezuzah — a piece of parchment in a decorative box inscribed with verses from the Torah — on my door. I didn’t think anything of it.

The next day, I was studying with my door open and someone popped their head in to ask what the box on my door was. They seemed genuinely curious.

“Weird,” I thought. Everyone knows what a mezuzah is.

The same thing happened the next day, and the day after. Sometimes it was friends coming over to hang out, other times it would be neighbours and other residents asking when I had my door open. On more than one occasion, I had very drunk people knock on my door in the middle of the night to ask about my “box.” 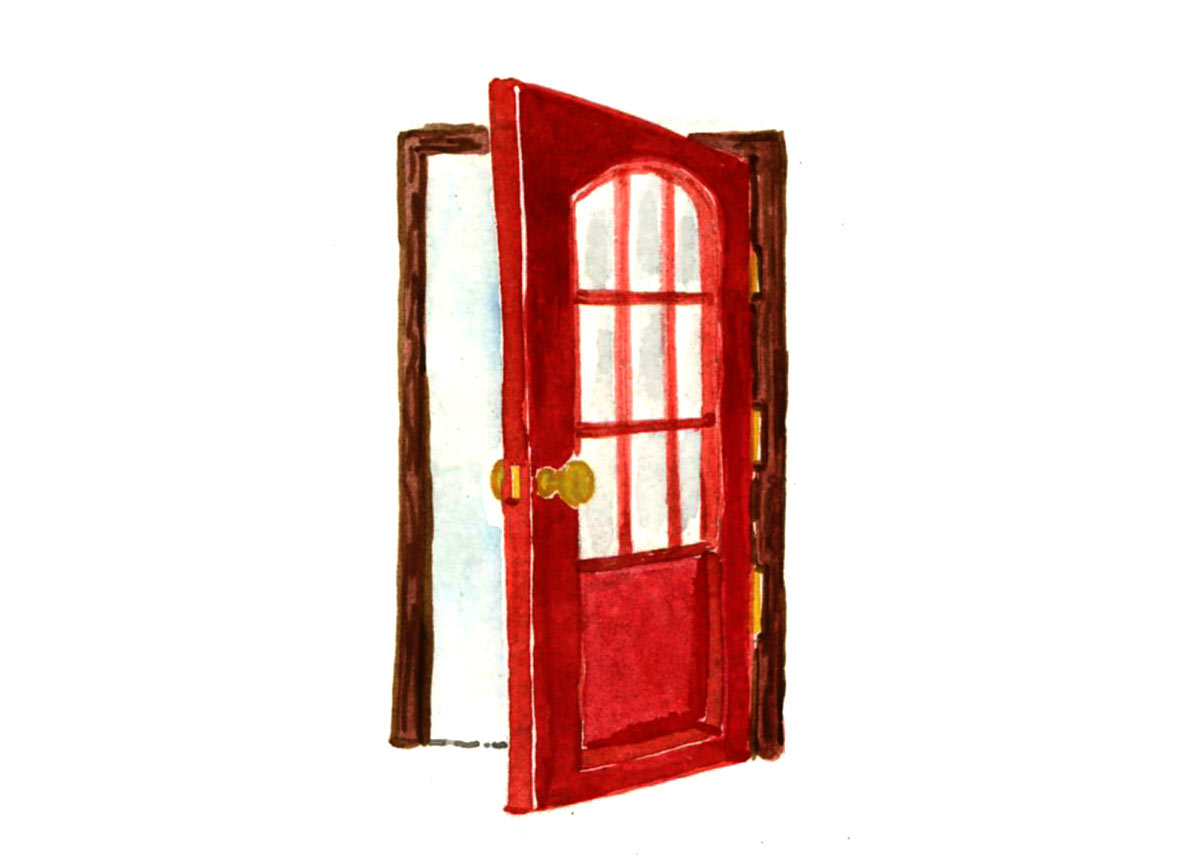 Over my first few months at school, I had experience after experience that was new to me. First I missed class for some holidays and asked for notes. None of my classmates knew what the holidays were. Then someone offered me some pork and I said no thanks, I don’t eat pork.

“No,” I responded, “I don’t really eat it.” It took a little while to explain why.

All of these experiences were positive. Genuinely curious people would ask thoughtful and respectful questions about my customs, traditions and beliefs. I’d answer them, appreciative of people taking the time to listen, and in return, I’d learn about their own religions and histories.

I never stopped to try and poke holes in the bubble that I lived in. I assumed everyone got Jewish holidays off from school and everyone knew what Hanukkah was about, what a mezuzah is and that it’s not a hat, it’s a kippa.

I didn’t pop my bubble, my bubble was popped for me.

“In this day and age, everyone is used to having things instantaneously. I feel like religion needs to catch up with that kind of framework,” said Rabbi Chalom, the Chabad rabbi on campus whom I often go to for services. “[Judaism] promotes hard work paying off. There is a saying in the mishna (a rabbinical text): ‘with painstaking effort comes great reward.’”

Rabbi Chalom (the Hebrew word for peace, hello and goodbye) also spoke of Judaism's views on questioning as important on campus. “Asking questions in Judaism is the pinnacle of its existence. Without questions, who are we?”

This questioning is certainly something I’ve taken to heart — just ask my mom how annoying I was as a child. It’s that same questioning that led me to pursue a degree in science and is foundational to my work as a journalist. Being a student and being Jewish are synonymous to me.

Yahya Abdihadi, the president of the Muslim Student Association (MSA) on campus and a fellow third-year biology student, sees his faith’s role in his studies a little differently.

“The biggest thing for me is discipline and I think that’s something every student needs. There are some days you don’t want to finish that assignment — you’d much rather sleep or you’d much rather go out,” said Abdihadi. Learning discipline from praying five times a day has helped him become a better student.

But in other ways, the role of religion in our lives and as students is very similar.

Like myself, being of a certain faith and being a student (or human for that matter) aren’t separate.

Not all of my experiences on campus have been positive, although I’ve been very fortunate to have experienced very little anti-Semitism. Nonetheless, during my three years at UBC, there have been multiple reports of swastikas and other anti-Semitic symbols drawn or carved into campus building and properties. There have been multiple instances when Jewish friends or acquaintances have had to call the police because of real or perceived danger to themselves or their property because of their religion.

Other religious campus members have had similar experiences. A Muslim chaplain I talked to said that his family members had been told to “go home.” They are Canadian.

No one I talked to wanted to focus on these events, myself included. Discrimination, hatred and prejudice are definitely not the point of religion on a modern university campus. Religion is about the exact opposite.

“Even if the person is not pursuing a particular faith or religion ... I see that there is value to that person in being in an environment where there are others who may have a different outlook on life,” said Abdel Azim Zumrawi, a former Muslim chaplain at UBC and an adjunct professor in Forest Resources Management. “If anything, that person, living in that environment, that awareness will help them later in life. University is just a reflection of society.”

Being exposed to new and different people, customs, traditions and viewpoints is a learning experience as much or more than any lecture, exam or project.

“[Religion shows people] how to be a mensch," — a person of integrity — "how to be respectful and cordial and understanding that there are people of different faiths and cultures and backgrounds, and not to be judgmental and be positive-thinking, not to judge a book by its cover,” said Rabbi Loeub.

“The best part of UBC is that we are inclusive. I might not see eye to eye with you 100 per cent on everything in the world, but at the same time, we can have a harmonious relationship,” said Abdihadi. “The biggest thing is not to divide and say this is a Muslim, this is a Jew, this is an atheist, but rather to understand the differences. The only way to do that is by taking the time to understand different religions and understand your fellow classmate's viewpoint.” 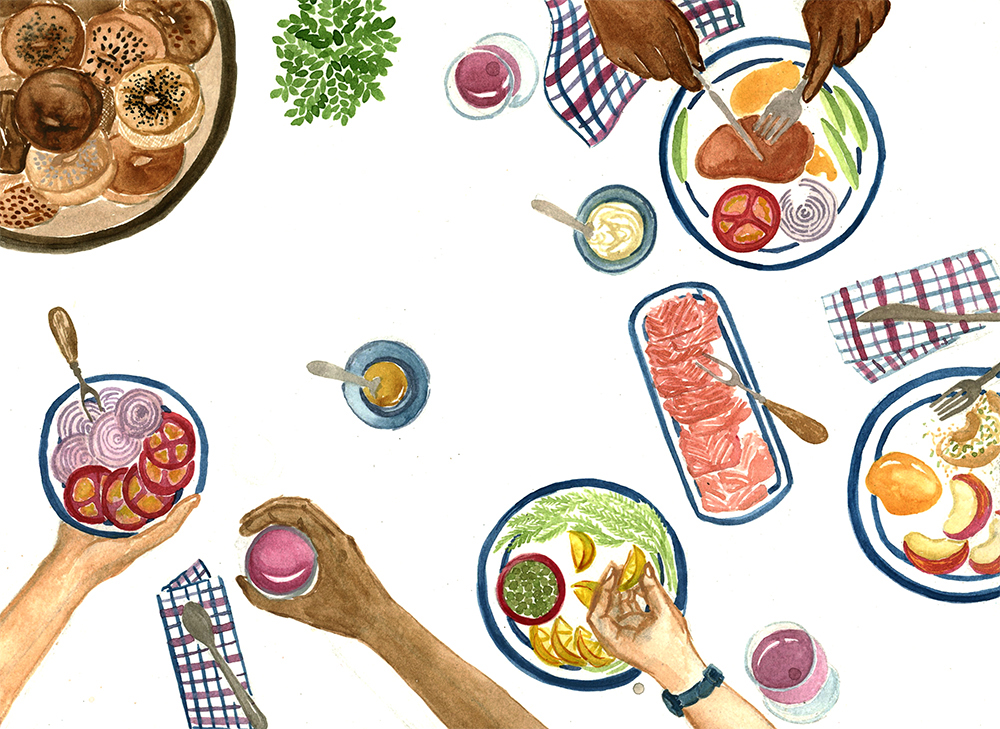 So how do you build that respect and understanding?

In Judaism, we have an answer to that question. “Feeding people. The fastest way to a person's heart is through their stomach,” said Rabbi Loeub. “Anything that’s centred around food offers a good conversation.”

Rosh Hashanah, the Jewish New Year, is one of the most important holidays in Judaism. Growing up, I’d always attend services and then have a big meal with family and friends with all sorts of traditional foods — brisket, apples and honey, tzimmes, kugel. Living in Vancouver, away from family, it hadn’t felt like the holidays without family, friends and my mom’s food.

This year, I got the crazy idea in my head to cook all the food my mom made (for the first time) for my friends, roommates and Ubyssey coworkers. Most everyone who came had never celebrated Rosh Hashanah before. Being able to share my traditions, food, prayers and holidays with curious friends was one of the best moments of my time at UBC. Talking about our traditions and childhoods (and how delicious brisket is) allowed me to share my life with my friends and learn about their lives and cultures.

Writing this piece, it became even clearer to me that religion means something a little different to everyone. But two things were constant in the conversations and ring true in my own head: religion adds a valuable voice to academic conversations — from politics to literature, to yes, even science — and religion teaches empathy, understanding and respect.

But most of all, and perhaps most simply, in the words of Zumrawi: “I think it’s what we make of it.”

Build that respect by spending time and building relationships with people of different faiths, backgrounds and believes. Want to learn about Judaism? Send me an email (kobymichaels@gmail.com) or come into the office (Nest 2208) and ask if I have time for a coffee. Let’s share a meal and a conversation. Let's learn from each other and build mutual respect.

Where to get help on campus