One degree of separation

I left the church after high school because I felt like I had to pick between being gay and following Jesus. But leaving the church meant leaving behind more than just religion.
Kaila Johnson 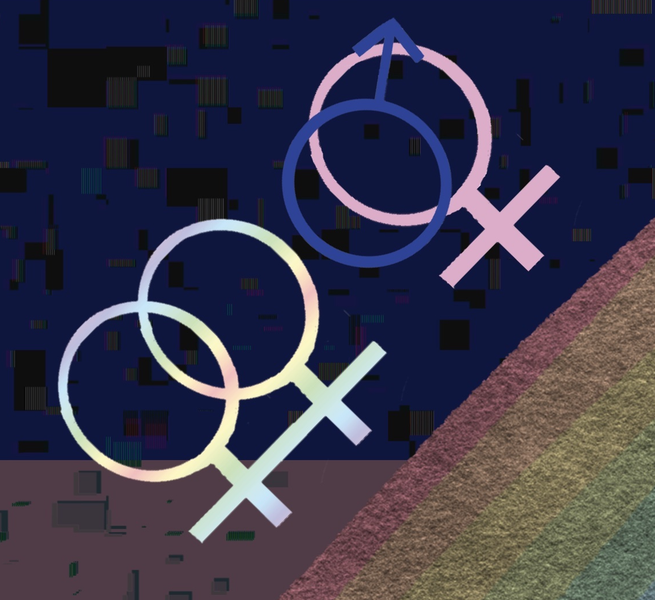 The summer before ninth grade, I went to my first high school Christian summer camp. Around 200 students were crammed onto four charter buses which left the church at 5 a.m. to get to our destination. As the sun hid behind the clouds, I watched the church shrink as the bus drove away. Faced with seven hours ahead, a small group of us played ‘Never Have I Ever’ to pass the time.

“Never have I ever had a crush on a boy,” the only boy present said. The rest of us put our fingers down.

“Never have I ever had a crush on a girl,” one girl proudly stated and the boy put his finger down.

“It’s okay if you guys have. I won’t judge,” he said to break the silence. Someone else said another ‘Never have I ever...’ while I fixed my hair before putting a finger down. A couple of rounds passed before someone noticed and I mouthed, “It’s fine.” It would be another two years before I officially came out to my small group as “pretty gay.”

I left the church after high school because I felt like I had to pick between being gay and following Jesus. But leaving the church meant leaving behind more than just religion. I ended up having trouble making long-lasting friendships in my first year and only left my dorm when absolutely necessary. By winter semester in my second year, I was missing the sense of community I gained through church.

After a quick Google search, I decided to try out University Christian Ministries (UCM), which one Reddit user described as “chill.” Due to the timing, I was worried that I would be forcing myself into already-formed social groups. And so, my only concerns walking into my first service were related to meeting new people and making small talk. But then the lights dimmed and the worship band started playing. I knew the words to every song. My love of worship music grounded me and I closed my eyes to forget about all the new faces around me. It didn’t take long before I started to build the community I was missing.

A few months passed before I started to question how much I belonged. At one service, there was a guest speaker at UCM who left space for a question and answer at the end of a sermon and a couple of people asked how to “deal with the LGBTQ community.”

When he paused before giving his response, I wanted to shrink and hide under my chair. He was worried about getting the wrong message across and clarified that 2SLGBTQIA+ people are “not the enemy.” I felt relieved to not hear the words “abomination” or “going to hell.” But I didn’t know if others in the room felt the same.

The church tends to claim to be a safe space but does not always follow through on that promise. There are many churches who do not clarify on their website whether they are affirming. Some churches or Christian organizations do not recognize that they need to. I recently went to a conference whose founder claimed their spaces to be affirming. However, during one of the conference’s afternoon workshops, a speaker said that Christianity was not oppressive. He claimed that the postmodern culture had shifted how people view Christian texts and that their newfound perspective was, in his eyes, incorrect. I closed the browser when I saw him use a quote that denounced affirming theology.

Apparently, the idea that God loves everyone has limitations. It can be hard to feel truly grounded when there might be some people in the church who don’t want to associate with me just for being gay. I once closed my eyes in a prayer circle and the TikTok sound of “nobody knows I’m a lesbian” played on loop until someone said “amen.” At the early stages of the pandemic and the switch to online church services, I would check my camera placement on Photo Booth before clicking on a Zoom link. My laptop sat diagonally on my desk so the giant pride flag that hung over my bed was out of frame.

As a kid, churches were a place where I ate handfuls of Goldfish Crackers and sang hymns from red binders, but Zoom services did not have that pleasure. My desire to be a perfect Christian to this group of people was centered around the myth that a perfect Christian is a cisgender heterosexual. If God wanted me to be straight, then I would be. Once I recognized this, I realized that I would rather be open about who I am than try to piece together a facade of someone that God never intended to create. By June, I had casually come out to some people over Zoom and, as Reddit predicted, they were super chill about it. I still attend UCM and play games with them over Discord. It’s really special to know I have people there who will stick up for me.

I am working on not having to officially come out because of how emotionally and mentally exhausting it can be sometimes. It is not a big deal for someone to be 2SLGBTQIA+, so it should be treated as such.

Every January, UCM chapters within BC go to Hope for a weekend. The day before the retreat, I went to a King Princess concert and was not concerned about fitting in.

On the way to Hope, I felt out of place. But this feeling faded once arriving at the camp and meeting new people. I mentioned to some strangers that I wanted to work on building a bridge between the 2SLGBTQIA+ community and Christians to at least put it out there that I was an ally.

On the journey back to campus, I sat next to one of my friends. I don’t remember how we got on the topic of Christian culture but I casually mentioned my experience as a Queer person. As a straight person, she resonated with what I said and responded by mentioning she has some other 2SLGBTQIA+ Christian friends. I heard a snippet of their stories. When we pulled into the stop, I was bursting with energy by the idea of being one degree of separation away from more people like me.

A few months after this conversation, I learned that there was another person who was out in UCM before I came along. While I am unaware of whom my friend was referring to, the weight of trying to be a perfect Christian finally lifted.