Envision was the first job I got after changing my name and starting testosterone. I knew I could pass as cisgender for short periods, but I had no idea how to talk to cis men as a cis man.
Moe Kirkpatrick 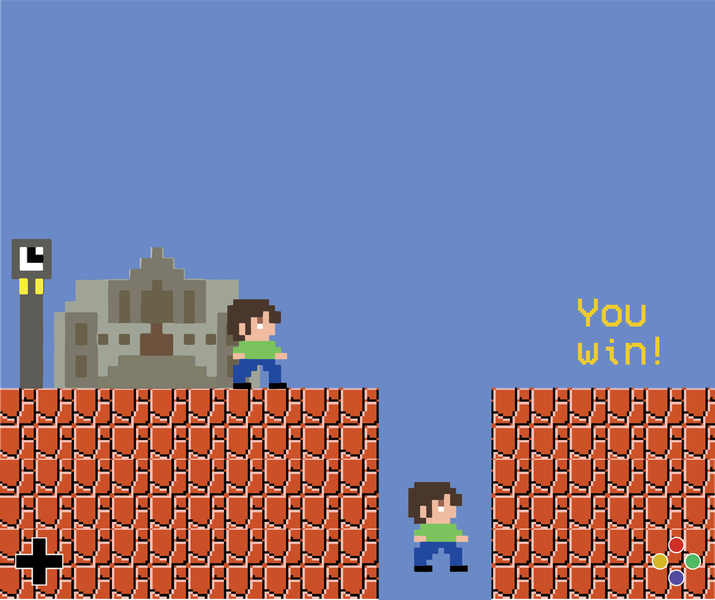 Three years ago, I took a summer job at a movie theatre called Envision. It was one of those bougie theaters where you could order real food — burgers and stuff — and have it served to you during the movie.

I didn’t want to work as waitstaff, but my other job at a local grocery was cutting back hours, and my friend’s little sister who worked there said the management was chill and people tipped well — so what did I have to lose?

Envision was the first job I got after changing my name and starting testosterone. I knew I could pass as cisgender for short periods, but I had no idea how to talk to cis men as a cis man. Looking back, I clearly was more passing than I thought, but in the moment, it felt jarringly obvious that I didn’t belong. I was too short. I had too little body hair. Surely only dim lighting and a practiced slouch kept people from noticing my chest at any moment.

I was lucky to meet Kris.

Kris was funny and sharp. She doodled on my training manual and kept choosing me — to share fries with, to let in on gossip, to roll her eyes at when the managers pulled bullshit. She asked me what colour she should dye her hair next — it was a dark cherry red pixie cut, very ‘I’d like to speak to your manager’ — and complained about her boyfriend (who also worked there) and so on.

She was nice, basically. It was because she was nice that I knew she saw me as a cis man.

I don’t remember exactly what she said or what we were talking about. We were in the kitchen. Kris was telling me about some show she’d just watched. She thought it was kind of distasteful, you know, that stuff with men wearing dresses. It wasn’t like, wrong, but she thought it was gross. You know?

It felt like someone had slid a frozen pocket knife under the first layer of my skin. She didn’t know I was trans. I knew that, and I knew her comment wasn’t transphobia against me — it was pure transmisogyny — but it still felt too close. She was standing next to me, our shoulders almost touching, and she didn’t know.

I said nothing. I gave a little laugh, ‘all haha yeah, I didn’t hear what you said.’

Later, I texted the friend whose little sister worked at Envision to vent. That was it. I wasn’t gonna bring it up to Kris. What could I tell her? How could I explain it in a way that didn’t out myself? Besides, I wasn’t surprised. I hadn’t hoped otherwise. Assume bigoted until proven otherwise, you know? But the next morning, my friend’s little sister texted me asking: Hey, do you mind if I tell the managers about this?

The obvious answer was yes. I did mind if she told them, because I hadn’t told them, and I hadn’t told them for a reason — it wouldn’t do anything. Most of the managers were nice, but they, like Kris, were white and cis. The most it would do was come back to me. Neither United States federal law or Ohio state law prohibited discrimination based on gender identity. It wasn’t like they would fire me if they thought or found out that I was trans, but they could.

I told her to go ahead with it, as long as she didn’t bring up my name.

Several days later, Kris asked to talk to me. She led me to the perennially empty and dim-lit room where we kept the extra cleaning carts. The skin around her eyes was puffy.

Kris said management had talked to her. A warning, nothing serious, but someone had brought a complaint against her, verbal harassment of another employee or something. She didn’t even remember saying whatever they said she had.

Her voice quivered. She blinked back tears. “I wouldn’t say something like that,” she said. “Like, you know I don’t think you’re trans, right?”

She didn’t say it like that. I don’t need to explain how she said it.

What I remember most clearly is how distressed she looked when she told me. Genuinely distressed. Not at the concept of me being a trans man — I don’t think she even considered that possibility — or at the absurdity of thinking I might be transgender, but at the possibility that she had upset me by implying I was transgender.

Sometimes, I think I do pity her. She was so upset at having potentially hurt me. I wish that meant anything. It doesn’t. She was just part of a pattern. So were the managers and my friend’s little sister and driver’s licenes with gender markers and me, too.

I can either perform anomaly or cis man. I can either be a bystander to hatred or elicit it — but even when I fail at performing cis-masculinity, the backlash targets transfeminine people, not me. There is no option to perform myself. I’m always performing please don’t look at me too closely.