“[Banning plastic straws] is something that places places the burden on disabled people, and also consumers rather than systemic problems in regards to environmentalism.”
Charlotte Alden 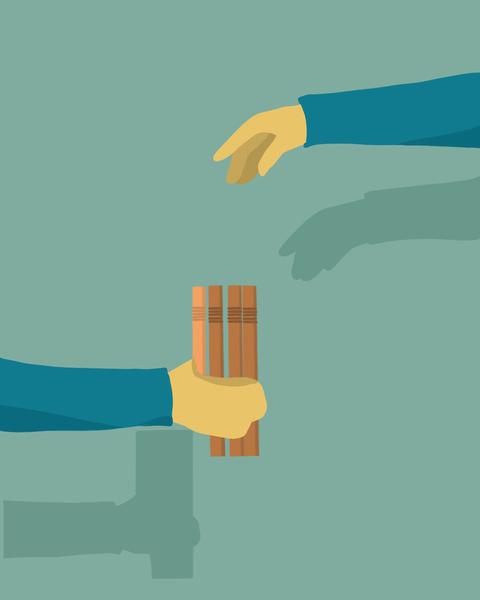 If straws weren’t around, I can’t drink,” said Deepi Leihl, 38. “People can give it to me, but it can be messy, and you want to avoid that. With straws, it’s another form of accessibility.”

Leihl, the access collective coordinator at CiTR, has metatropic dwarfism. This is a severe skeletal dysplasia that results in small stature and short arms and legs, according to the Genetic and Rare Diseases Information Centre. As a result, Leihl uses a wheelchair to get around and straws to drink liquids as she is physically unable to take caps off cups.

If Leihl doesn’t have a straw, she has support staff who can help her drink from cups, but she said that she can only completely control how much and how fast she drinks liquids with a straw.

“I’m not forcing myself to drink so much when I’m using a straw. It’s just what I can handle. I have control. When somebody else is doing it, then they have the control,” Leihl said.

But this form of assistive device is at risk for people like Leihl as UBC transitions away from single-use plastics, thus phasing out plastic straws.

At UBC, the 2019 adoption of the Zero Waste Food Ware Strategy has been a catalyst for many environmentally minded changes. In August 2018, UBC Food Services stopped offering plastic straws in favour of paper alternatives. In January 2019, businesses on campus began to charge an additional fee of at least 25 cents for single-use coffee cups, with more changes to follow.

The AMS implementation of the plan focuses on using up current supplies of cutlery and then subsequently transitioning to bamboo cutlery and paper straws, as well as charging fees for single-use drinking cups and cutlery.

“We basically have been taking the work they’ve done with the Zero Waste Food Ware Strategy and trying to incorporate it into our own operations because it fits very well with what our values are when it comes to sustainability,” said AMS VP Administration Cole Evans.

However, the question of the accessibility of these bans has come up both at UBC and on the city-wide level.

Straws have been used for 5,000 years — the ancient Sumerians used a primitive version of modern-day metal straws to drink beer. However, the first patent for a drinking straw was filed in 1888. The straws were originally made out of paper and made bendable by inventor Joseph Friedman in the 1930s, a concept that was quickly adopted by hospitals in order to allow patients to drink while lying in bed, according to National Geographic.

As the plastic industry grew in the late-19th and early-20th century, straws began to be made out of plastic because of its durability. These plastic straws allow many people with a physical disability like Leihl to consume their foods and liquids both hot and cold with more ease.

This has raised questions of the accessibility of a straw ban.

“I completely understand what the issue is. It is an environmental issue ... but I also understand from a person with a disability side because you know, it is an accessibility thing, but at the same time, there are alternative solutions that we can take,” Leihl said.

Anna Tornros, who has an invisible disability, has spoken out on the topic to The Ubyssey and in her course work.

“[Banning plastic straws] is something that places the burden on disabled people and also consumers rather than systemic problems in regards to environmentalism,” Tornros said.

Janet Mee, the director of the Centre for Accessibility, told The Ubyssey that the centre has been working with Campus and Community Planning (C+CP) to address this issue.

“We’ve been working ... to look for places where there might be a tension or conflict or a challenge that might come about for a person with a disability who might be disadvantaged by that practice,” Mee said. A straw ban is one of those major tensions.

The process is “iterative,” with the first step to allow people with disabilities to request plastic straws at places on campus, while also working with C+CP to come up with a better, longer-term option.

“In the long term, we’re looking at the possibility of distribution without any financial barrier of something like possibly bamboo, reusable bamboo utensils,” Mee said.

Banning single-use plastic isn’t the only place on campus where sustainability and accessibility come into conflict.

Motion-sensored lights that turn on when there’s motion and turn off when there’s not can pose a challenge for those with vision impairment, as it can create an extended period of time when they need to adjust to the changes in light.

She also explained that some sustainable building materials change the acoustics in spaces, impairing “the ability for people who are hard of hearing to be able to function in those environments,” making it so that they would not be able to hear as well as others in the same environment.

Even the “pedestrian corridor[s],” the pedestrian walkways on campus, are inaccessible to those who can’t walk or can’t walk far.

“There are things that are on [C+CP’s] radar, so we’re really trying to look at how we can be a leader in identifying those kinds of challenges and finding innovative strategies to [address] them,” Mee said. “But early on, there certainly were more tensions around some of those pieces.”

In a recent presentation, Tornros outlined the issues of requiring individuals to request straws.

“It is dangerous to put the people holding the straws in a position of power like that. It can lead to the burden being placed on disabled people. They have to ask, they have to explain, they have to convince the people that hold the straws that [they’re] deserving of a straw,” Tornros said in her presentation.

Mee emphasized their commitment to an honour system when it comes to requesting plastic straws “so that people who may not appear to require the thing that they have asked for aren’t questioned.”

“We don’t want a campus where we are questioning the authenticity of somebody’s need on the ground at the cash desk. A lot of our work will be in training the folks that are on the front line to understand the need for an honour system in terms of these requests and how we can put these initiatives into play in a really respectful manner,” Mee said.

On the environmentalism side, the banning of plastic straws often faces criticism for not having enough of an impact, especially with the added considerations of accessibility.

Jim Leape, the co-director of the Stanford Center for Ocean Solutions called plastic straws a “tiny fraction of the problem.” Companies moving away from single-use plastics on a company-wide scale — not just banning plastic straws — would be much more effective.

“The risk is that banning straws may confer ‘moral license’ — allowing companies and their customers to feel they have done their part. The crucial challenge is to ensure that these bans are just a first step,” Leape told the Stanford Report.

While UBC has placed an emphasis on the banning of single-use plastics, they are also working on other ways to reduce their environmental impact.

The Climate Action Plan 2020 outlines UBC’s plan for the next year. The university will continue to work towards its ambitious target of reducing greenhouse gas emissions by 67 per cent from 2007 levels by 2020 and the 2050 target of zero per cent emissions. UBC is looking at new buildings, the energy supply, behaviour change, the fleet of buses and additional opportunities to reduce emissions.

Evans sees banning plastic straws as the potential to encourage a “behavioural change.”

“In conversation with UBC, what we talked a lot with them about is the studies that have been done that show the difference it makes when you show a fee has been added on to a foodware items,” Evans said.

He cited the psychological impact that getting charged for a plastic bag has on someone to bring a reusable bag in the future.

It is a spectrum

Leihl plans to transition to metal straws when she runs out of plastic straws.

Tornros described the potential injury risk from metal straws and the way paper straws can easily dissolve as reasons for plastic straws being the most accessible option. But Leihl says that for her, paper straws work and that she thinks metal straws will be the best option.

Leihl explained that she has trouble with plastic straws, as they easily bend in a way that makes it harder to consume liquid.

“Even the plastic ones, they tend to bend or when you’re sucking them in they tend to really bend out so that’s not actually safe either,” Leihl said.

She emphasized the need to look at each person with a disability individually, and to not generalize all experiences on the basis of one.

“It depends on the person. Each person is so different that you would want to ask what they prefer,” Leihl said. “If those people really need [plastic straws], then I mean who am I to judge?

“Everybody needs to keep [an] open mind,” Leihl said.

“You may not agree with them but some people need support and it’s [for] medical use as well. It’s a part of someone’s everyday life … this is just another form of [giving them the] quality of life that they deserve.”