Now in its second year of operation, the SDI is collaborating with faculty, students and other campus units “to change the institution to actually recognize the diversity of students that we have, rather than thinking that our one size fits all model is going to work,
Written by
Moira Wyton 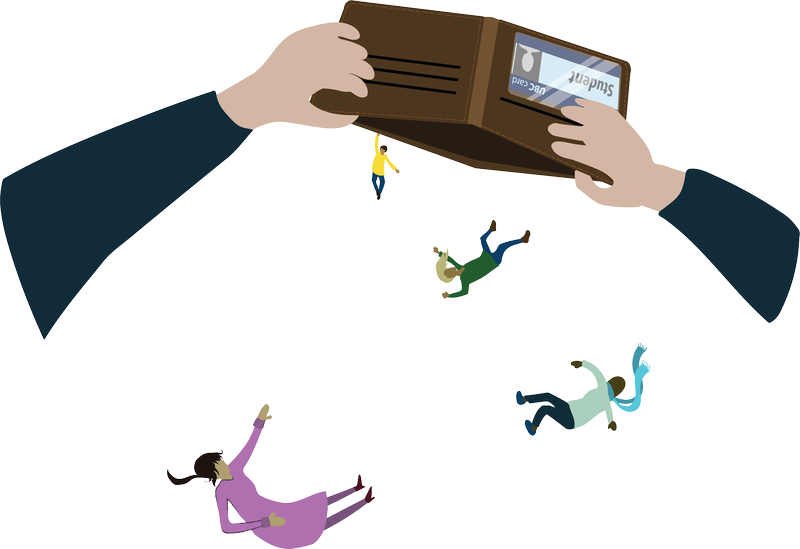 Dozens of students were milling around at a Get Connected event hosted by the Equity & Inclusion office during Jump Start 2018. Finlay, the associate VP Equity & Inclusion, had never expected such a turnout for the second year of the event series that aimed to support and connect queer and trans students as well as students who are Black, Indigenous and people of colour (BIPOC).

“We had to madly run around to order extra pizza because there were many more students than we had expected,” recalled Finlay.

The event wasn’t just for fun and free food. When UBC implemented the 41.5 per cent international tuition increases in 2015, the Commitment to Diversity Fund was created as a portion of the Strategic Investment Fund to “recruit and support diverse students,” despite pressure from this “big financial change for students,” AMS President Marium Hamid explained.

“Inclusive excellence is not just about having a few people talk about how amazing the university with inclusion would be, but rather every single unit on a systemic level saying, ‘Yes, but how do we also do this?’” she said.

Now, the Student Diversity Initiative (SDI), which began realizing the goals of the fund in 2017, is committed to answering these questions. But it grapples with a finite budget and limited resources as it seeks to support underrepresented and marginalized students.

“The work that they’re doing is work that is highly nuanced and one that requires a systemic change within UBC,” said Hamid.

With over $2 million allocated in the 2018/19 fiscal year, the SDI is hardly in financial ruin. But as Finlay — who helped build the initiative from the ground up in 2017 and now leads much of its work — noted, the SDI and the Equity & Inclusion office are both “small units on a very large campus with a huge range of work to do.”

Now in its second year of operation, the SDI is collaborating with faculty, students and other campus units “to change the institution to actually recognize the diversity of students that we have, rather than thinking that our one-size-fits-all model is going to work,” said Finlay. As of right now, only two faculties — arts and sciences — have embedded team members from the SDI, a figure Hamid wants to see grow as other faculties begin to inquire about what they can do.

“If every single faculty does not feel the need to opt into the ideas that these individuals [at the SDI] are trying to spread in the university, it really doesn’t matter,” said Hamid.

It’s no wonder these questions seem to be surfacing at many levels and institutions outside of UBC. Universities in general are faced with a completely different student population than previous decades, where very few attended post-secondary at all.

“There’s a much larger proportion of people who go to university, which means it’s a whole different type of student who’s coming,” said Finlay. In 2016, 54.0 per cent of Canadians had post-secondary qualifications, up from 48.3 per cent in 2006, according to Statistics Canada.

“And yet, universities are designed to educate the historic population who came.”

According to Darran Fernandez, associate registrar and director of the student support & advising unit in Enrolment Services, UBC itself consciously identifies four core populations that are underrepresented at the institution: low-income students, first-generation learners, students from rural communities and Indigenous students. Over time, the rates of enrolment for these populations have increased, but most are not at levels proportionate to their representation in the general population. For example, self-identified Aboriginal students made up 2.9 per cent of domestic students in 2017/18 compared to 4.9 per cent of the population of Canada in general who identifies as Indigenous.

UBC doesn’t track data on the race, sexual orientation, gender identity or self-identified disabilities of its students, but data from enrolment reports and the Academic Experience Survey (AES) run by the AMS each year points towards a diverse and rapidly diversifying student body.

According to the 2017 AES, 12 per cent of students identify on the LGBTQP spectrum.

“As UBC has expanded, the kinds of people we see here also have,” said Hamid.

Finlay sees much of the SDI’s work in these early stages as foundational, but pointed to three key achievements in response to this changing demography: the success of the Get Connected events, a partnership with the Centre for Teaching and Learning Technology to educate faculty on inclusive teaching practices and collaboration with administrative units to make changes that help students feel more welcome through small but meaningful interactions.

Working with Enrolment Services, the SDI made it so that students’ chosen names could appear on class lists instead of their legal names, which may not reflect their gender identity or name they go by when in Canada.

“Now, not only are we hearing from students how pleased they are that their chosen name shows up on class lists, but also lots of pressure from faculty and staff for us to make that happen for them as well,” said Finlay, noting the process took 18 months and tackled only 2 of the 170 systems that track and store data at UBC.

“It was a bit of one of those instances when you move a mountain.”

Now, the SDI is comfortable where it is and is looking ahead to build relationships with new faculties — which Finlay said are coming to her in droves — to increase its capacity to make these changes that make a difference far beyond what the small team could imagine.

“Sometimes these little things can have big impacts, big ripples that you’re just not aware of at the time.”

Feeling welcome on campus while balancing financial strains is another story.

For fourth-year international relations student Will Shelling, finding his place on campus isn’t just about attending Get Connected events. The major entrance scholarship he received while on a choir trip to Seattle is how he feels the university demonstrates that it values his experiences as an African-American first-generation university student from a single-parent household.

The Bill Levine Entrance Award is the reason Shelling could pick UBC and the opportunities it offers over a smaller school closer to his home in Tsawwassen.

“Personally, I think that education is a really big catalyst for change,” said Shelling, who currently serves as associate VP external for the AMS. “But I think it’s also a big hindrance because people definitely see universities still as institutions where they’re not welcome.”

He stated that there have been “multiple times at UBC where [he] felt excluded because of [his] race.”

Hamid echoed Shelling’s concerns, noting that students who self-identify as Black score significantly lower than average in terms of satisfaction across multiple Undergraduate Experience Surveys and AES scores. Through her leadership as chair of the Senate Committee on Academic Diversity and Inclusion, Hamid is working to further gather data on where these interactions are taking place and how the institution can address them. 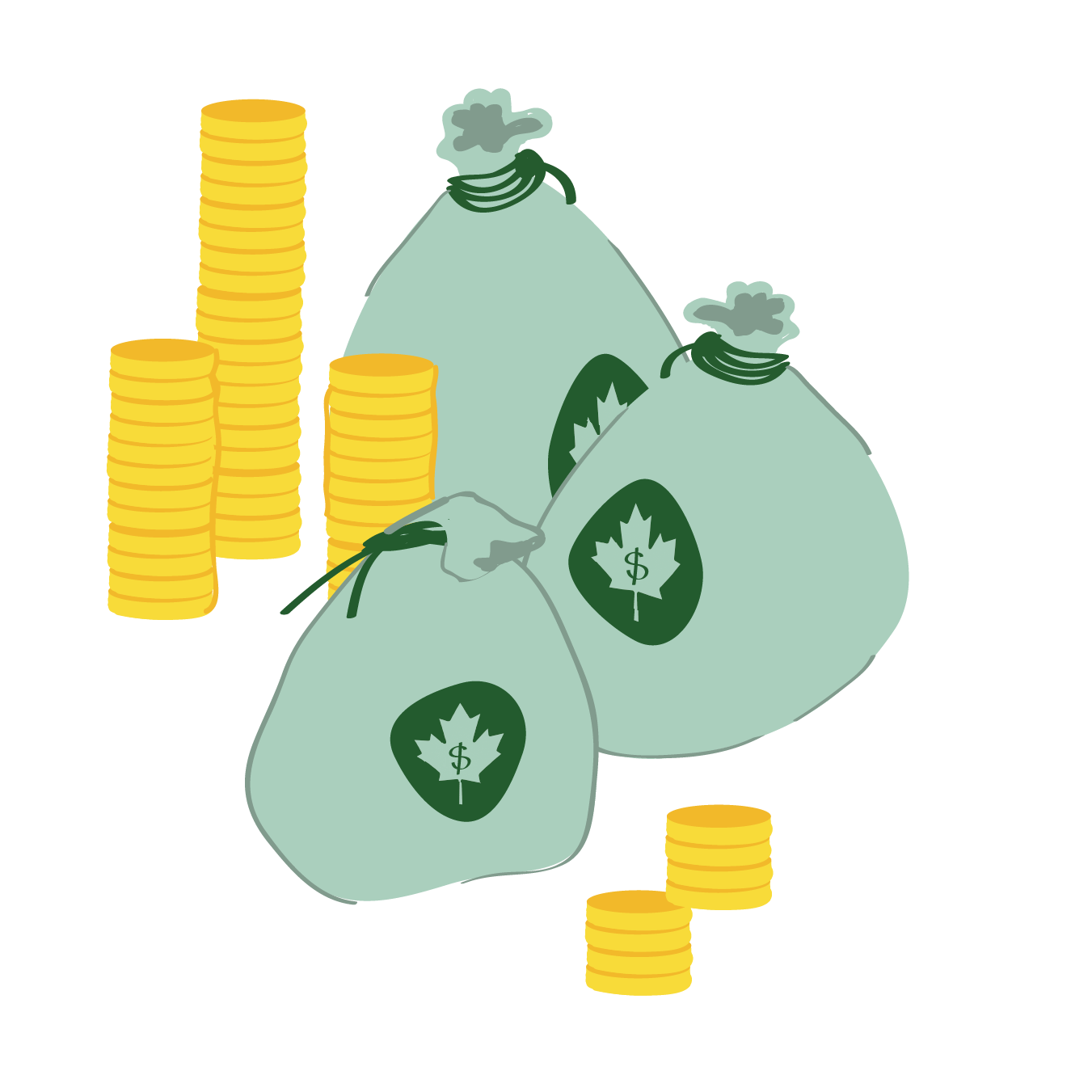 “There aren’t that many people who look like me who tend to win these awards, and I’m definitely directly referencing race,” said Shelling.

“If you only reward students who are the ideal student, who may have already had many advantages in their lives ... It creates this never-ending cycle of rewarding people only based on all the good things that are happening, but not on people overcoming diverse issues of adversity in their lives,” Hamid added.

And as the SDI leverages its financing to support diverse and marginalized students, Enrolment Services is working to understand how they can help these students at the material level.

“Providing adequate support that can bridge that inequity is important,” said Fernandez. Financial aid and scholarships administered through the university totalled over $25 million in 2017/18, and bursaries reached over 5,000 students that same year.

Under Policy 72, the university has made a commitment to bridge the financial gaps between the cost of studying and living at UBC and what students can obtain from working, government loans and other resources like family support and scholarships. UBC fulfills this obligation through its bursary program, but it is only available to domestic students who have already exhausted these resources.

“The policy is very focused on domestic students in part because we do require international students, everyone, to come to Canada being able to fully fund their studies and not be reliant on financial aid,” said Fernandez. He added that like domestic students, international students are eligible for almost all scholarships and other funding opportunities such as emergency funding.

Fernandez says that, year by year, Enrolment Services sees a “steady increase” in the need for bursaries and emergency funding. He attributed this to a rising cost of living and changes to provincial and federal student loan programs, which 30 per cent of domestic undergraduate students rely on.

These changes impact students from historically marginalized populations, who may rely more on financial aid and loans than other traditional students.

In Shelling’s case, his award meant that he has more flexibility in his social life. He has found himself calling nights early to save money when friends were still staying out but noted that UBC has done a balanced job of approaching scholarships.

“It’s one thing to receive funding for your tuition and for your housing, but it’s another thing to also kind of receive a stipend as well,” he said. “That way, you don’t have to worry so much about taking on an extra eight-hour shift on [a] weekend rather than going out getting a coffee with your friends.”

The bottom line is that money can’t ensure diversity and inclusion at UBC on its own, but it can take students and the university closer to their goals.

“There’s a big part for us about what it means ... to acknowledge and validate people in underrepresented populations and marginalized populations,” said Fernandez on how financial support is allocated.

As Hamid advocates for increased needs-based awards and for the renewal of SDI’s funding in the next budget year, she underlined the importance of centring students when making these decisions.

“These are students who I think might not always fit our idea of what it means to be an amazing student at UBC, but are making history in their own ways every single day by being at UBC despite big odds against them,” she said.

— with files from Lucy Fox