I wanted to write you a story.
Moe Kirkpatrick 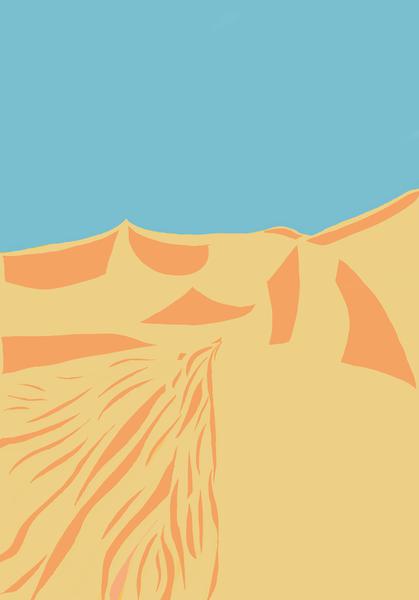 I wanted to write you a story.

Well, a sort-of story. A thought experiment, really, but I was calling it a game. It’s participatory. It would have gone like this: together, we would decide how the climate crisis would make the world end. Would it have been the fires? The Arctic melting? Air pollution — soot or smoke? Methane? Carbon dioxide?

I would have taken on the voice of a researcher, your teacher, helping you design this perfect ending. I am not a harsh professor. I have very specific rules, but they are not too hard. Some examples:

Rule #38: Remember, this is a 200-level project. Points are awarded on the ability of the exercise to end the world, within a class-appropriate timescale. Your final project will be an execution of this exercise within a large-scale model, so make it doable!

See? It would have been easy. But I don’t have that story in me.

How would it have been different from the way we already talk about the climate crisis, like it’s a spectacle, like it isn’t affecting real people right now?

When I was ten, and the winter brought no snow to Cincinnati for the first time in years, my best friend Hazel rolled their eyes and scoffed at the entire sky itself. They were bitter that whole winter, or as they still call it, “The Winter That Wasn’t.” My parents called it “unseasonably mild.”

I wasn’t bitter or confused. Just unhappy. The winter before that one had been disappointing; snow had melted overnight, so no snow days. Or it melted during school and whatever remained by the time I could kick it wasn’t good packing snow. I hadn’t thought of that before. I hadn’t thought that maybe the next year, I wouldn’t be able to build an igloo with Hazel, because there wouldn’t be good packing snow.

It seems obvious now. Of course there wouldn’t always be good packing snow. That’s how things work. The world keeps moving even when you’re not looking. Clocks tick down.

In “Climate Change and the Stories We Tell,” Brenda L. Murphy and Jo-Anne Muise Lawless talk a lot about stories, and about how our depictions of the climate crisis define our perceptions and our interactions with it. How do we speculate about the climate crisis? How do we speculate about our survival or our lack of it? Do our speculations reiterate “the existing world order”? Do they interrogate “what it could or should be”?

If I wrote you a story, it would go something like this:

I can promise you this: we will not be good at this.