Taking flight: Rookies and veterans reflect on the path of the Thunderbird 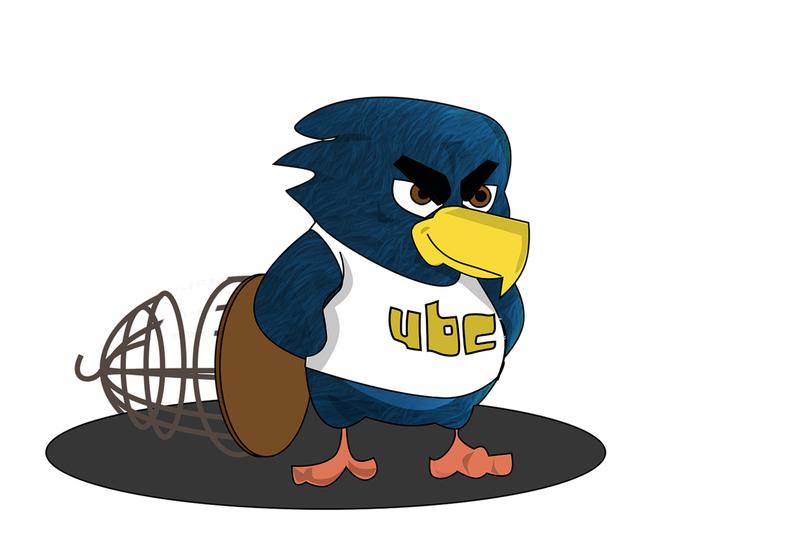 Within the rigid structure of teams’ specific programs, it is not always easy for athletes to step back and reflect on this process.

Patrick Simon is a relatively quiet member of the UBC men’s basketball team, but he has found himself in a unique position. In his fifth year, Simon is one of only a few seniors on the team and the only one who has been with the program for a handful of years.

The result is an inter-teammate dynamic that has elevated the reserved Simon into a higher-profile role.

“As a senior, you have to take on more of a leadership role,” Simon said. “I had a great class of seniors in my first year here, they helped everyone and answered their questions.”

He noted that this transition has taken him out of his comfort zone, but he is finding the role more familiar as the team enters the second half of their season.

“Everyone on the team calls me dad,” Simon said.

Among those who look up to Simon is teammate Lincoln Rosebush, a fresh-faced rookie from Hamilton, Ontario. Rosebush has become quite close to Simon in his short time with the team — the two led basketball camps together, providing an opportunity for them to bond.

Rosebush is years removed from finding himself in a leadership role, instead struggling with earning floor-time and securing a long-term role.

“Ideally, I could start next to [teammate Grant Shephard],” Rosebush said of plans for next season. “But UBC is a big transfer school, they could bring in an older guy that plays my position.”

Simon is quick to assure him that these are ordinary challenges faced by rookies, especially coming out of high school. “Everyone starts at the top of their programs, and they get here and they get smacked down to the bottom,” he said. “Everyone goes through that.”

Since arriving at UBC in his second year, Simon has developed into a strong forward and found himself in the starting rotation most nights — but he hasn’t forgotten the position that Rosebush now finds himself in.

Rosebush shows maturity and determination in his mindset moving forward. “It’s not about minutes, I have no control over that,” he said. “It’s about continuing to get better and pushing the coaches to give you that time.”

“He said it exactly,” Simon concurred. “You have to continue to work hard and get better.”

When asked if he had any closing words for Simon, Rosebush took the opportunity to show his appreciation for the role that the veteran plays on the team.

“Just want to say thank you for helping and putting up with us. He’s a senior and there are a bunch of 19-year-olds, so I feel like he’s just face-palming sometimes,” said Rosebush. “But he took me under his wing.”

“And you’re still there,” Simon reminded him.

For sharpshooter Austin Vetterl, his presence at UBC wasn’t immediate. In fact, when he joined the Thunderbirds men’s hockey team in 2015, he wasn’t even sure if they would play that season.

In 2014, the men's hockey program was in jeopardy of being shut down. It was one of 16 teams that was deemed “not sustainable” as a part of the UBC sports review. Between 2013 and 2015, men’s hockey cycled through three different head coaches and posted losing records in two of those three seasons. Players were still coming to UBC, but not for the hockey.

“[UBC] was close to my family, so that was a reason,” Vetterl said. “Probably one of the biggest things was that a university degree from UBC is better than a lot of the other places you can play in our league.”

And although the program has seen more success in recent years, Maxwell James — a rookie from Vancouver — also shared this sentiment. “The academic program is so good and enticing for good players to come and get a great degree,” he said.

Despite the uncertainty of UBC hockey, Vetterl took the risk — one he saw as an opportunity to play varsity hockey and help revive a dying program. Now in his fourth year, Vetterl is on pace to have his best season yet points-wise, and both he and the team have continued to find success.

“I think I’m more important to the team on the ice [than off],” Vetterl said. “I’m one of the guys that gets a lot of opportunities.”

The rookie James also sees his greatest impact with the team on the ice.

“I’m just a big body presence on the ice,” he said. “Off the ice, I’m a younger guy — kinda like a jokester — and keeping it light.”

After seeing a rapid increase in playing time due to roster injuries, James is almost matching his senior counterpart, Vetterl, in point-production. It seems the greatest difference between the two wingers is the side of the rink they play on.

Both players, however, feel as if there aren’t enough opportunities to make their presence felt off the ice. Vetterl cited the annual “teddy bear toss” for charity as a major contribution made to the local community while playing for the Kootenay Ice WHL team. Even putting in shifts at the local Tim Hortons was a way to give back to the people who supported him then.

Nevertheless, the pair noted that the team does a lot of promotional work, allowing them to combine hockey and philanthropy. Often this takes the form of inviting local minor teams to their games, and they can also be found in their jerseys selling tickets to ‘hype games’ at the Nest — just another way for them to connect with the UBC community.

With four years of eligibility remaining, James sees a bright future for himself as a Thunderbird and UBC student.

“The dynamic of the team changes, but the mindset stays the same.”