Fending for themselves: How Thunderbirds Sport Clubs carve their own paths to victory

It’s been an uphill battle for some, but several teams have successfully recaptured their place as an integral part of the sport culture at UBC — many of them with tremendous success too.
Written by
Brendan Smith 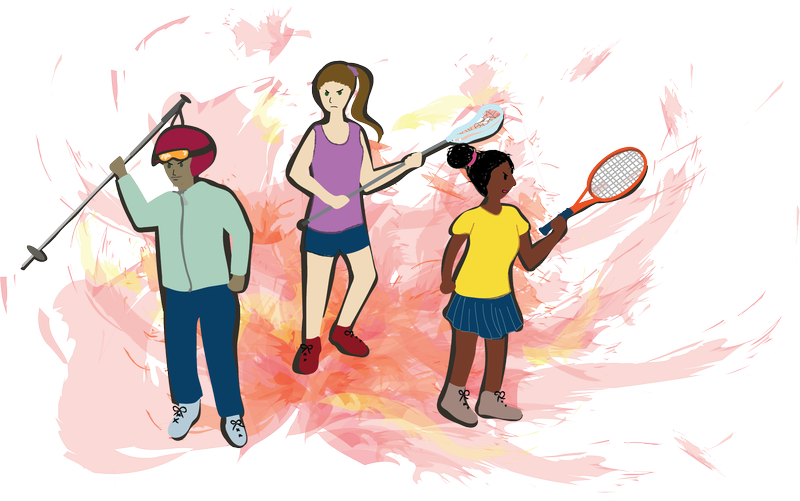 The year 2013 marked a turning point for athletics at UBC. As a part of the Sports Review, many prominent teams were stripped of their varsity status. For these teams, the future was uncertain without UBC Athletics as a financial lifeline.

It’s been an uphill battle since, but many teams have marked a new chapter in their stories and continue to thrive as an integral part of the sports culture at UBC — many of them with tremendous success on the field too.

There are currently 11 sports within the UBC Thunderbirds Sport Clubs (TSC), a program that was formed in 2015 as a way for teams to compete without varsity status.

UBC TSC are all student-led teams that compete outside of U Sports and National Association of Intercollegiate Athletics competition. Without official varsity status, the financial resources that are normally provided to teams by UBC Athletics are largely unavailable.

Instead, UBC TSC teams turn elsewhere to raise funds to support their teams. Often this means that players have to pay out of pocket.

“It’s a pay-to-play system,” Tomás Syskakis said of the Thunderbirds Lacrosse Sport Club. Syskakis is the current head of the club and has been with it since inception. “It would be nice to take the emphasis off team fees, so guys don’t have to worry about finding a way to pay every year.”

That said, UBC Recreation does provide the teams with some financial support throughout their seasons.

Current Sport Club Coordinator for Recreation Christina Donnelly says that beyond team fees, TSC teams have access to financial aid in order to augment their own fundraising activities.

“There is a ton of funding that is available for clubs, one of them being a competitive enhancement fund,” she said. “Clubs have the opportunity to fundraise on their own and then we match fundraising dollars, up to $1,000 per team.”

In addition, Donnelly explained that teams are able to access a competitive enhancement fund for coaching. Coaches that meet certain requirements allow their teams to obtain another $3,500.

“Some teams supplement [coaching funds] with additional payment, but they have access to $3,500 from us and as a team that is going to move you forward competitively,” she added.

Qualify for nationals and TSC teams can access even more funding, though the amount varies depending on the size of the team and the length of travel. But rarely does this cover the entire cost of participating at national events across the country.

Syskakis reiterated that the lacrosse team gets “a lot of help from [UBC Recreation]” and that they are very thankful for what they do receive. But for many teams, player fees and UBC Recreation support can only go so far.

Though the lacrosse team makes use of both the competitive enhancement and coaching funds, they still search for additional support elsewhere. Its current strategies include acquiring sponsorships and hosting bar nights, among other fundraising activities. It hopes to start an alumni night in the future so graduated players can give back, too.

Jared Pozzobon, a second-year member of the lacrosse team, plays a critical role for their TSC team. As head of marketing and communications, he finds local sponsors and does community outreach — a newfound source of funds for the team.

“This is our first year putting together sponsorship packages,” Pozzobon said. “Reaching out to local businesses and telling them what we want and what we can provide for them in return.”

Through its fundraising strategy, team fees and support from Athletics, the lacrosse team has been able to sustain itself and provide its players with the equipment they need to compete.

Syskakis remarked that he feels the current fundraising model is sufficient, but that their budget is still significantly below where it would be as a varsity team.

“We’re never going to say no to more money,” he said.

Despite the challenges it faces with financing, the TSC banner has provided the lacrosse team an opportunity to compete and thrive that would have been unavailable otherwise.

The lacrosse team was initially established in 2011 by players who played for the love of the game. The club was able to join the Canada West Field Lacrosse League in 2014 and went undefeated in 2016, earning them the title of Team of the Year among the UBC TSC teams.

The story of TSC success is not unique to the lacrosse club. The TSC banner has opened the door for teams, both remitted and brand new, to flourish and continue to find competitive success — each carving out its own place on campus.

For instance, the cycling team moved from sixth to third in its competitive rankings since joining TSC in the 2016/17 season. The first year that the alpine ski team joined TSC, it finished in the top three at the regional championships.

“At first, I saw it as not a great thing for the alpine team, [but] now looking at it, it’s actually been the best thing,” said Donnelly, a former alpine skier at UBC. “They end up saving a ton of money and can spend it on other things that the team actually needs.”

The UBC Ultimate teams are another example of accomplished TSC teams. During their inaugural year in 1996, the team finished in the top 10 in North America before placing third the following year. Nowadays, under the TSC banner, there are separate men’s and women’s ultimate teams — both regularly qualify for the Canadian University Ultimate Championships.

Overall, the creation of the TSC in 2015 has presented teams with opportunities to play their preferred sport at an elite level. They also give student athletes a degree of autonomy over their sport and the chance to expand how they want to.

Syskakis noted the amazing progress he has seen from both his team and the TSC program as a whole in his time on the lacrosse roster.

“To see it grow from a student idea, to a few teams, to what it’s become today,” he said. “Just a bunch of guys throwing a ball around, to winning games against actual collegiate competition.”

In the end, perhaps it’s just the opportunity to play that matters, not where all the funding is from.

— with files from James Vogl and Mitchell Ballachay