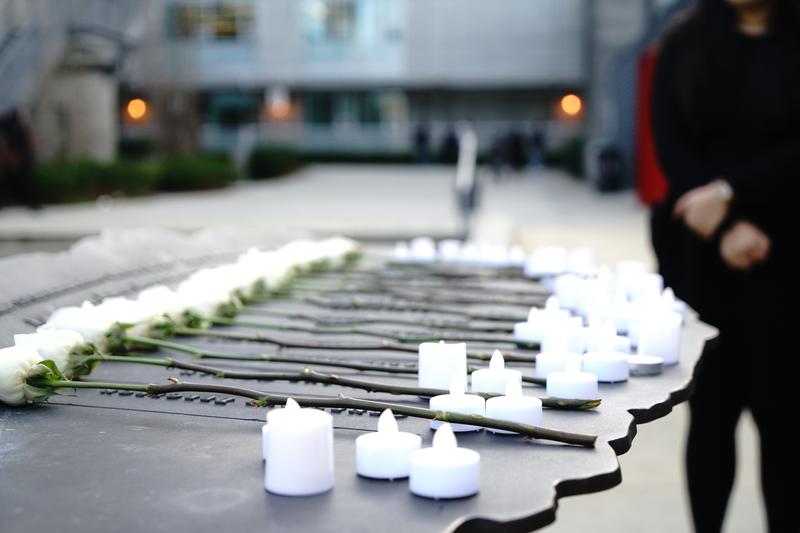 Student leaders from the engineering community laid a white rose for each woman murdered on a permanent memorial situated in the courtyard outside the Engineering Design Centre. Elizabeth Wang

As the 30th anniversary of the École Polytechnique massacre draws near, the UBC engineering community gathered to honour the victims and reflect on the discrimination that still exists against women and other marginalized groups in the applied sciences and engineering fields.

Called 14 Not Forgotten, the event took place in and around the Engineering Student Centre and was dedicated to the memory of the 14 women who were murdered by a gunman on the basis of their gender at a Montreal engineering school on December 6, 1989.

It began with brief remarks from Dr. Sheryl Staub-French, a professor in the department of civil engineering and associate dean, equity, diversity and inclusion, Dr. James Olson, the dean of the faculty of applied science, and Tyra Phillips, president of the Engineering Undergraduate Society (EUS), about how the tragedy has impacted their view of women’s participation in engineering.

“I’ve been very fortunate in chemical and biological engineering that the gender equity is fairly close,” said Phillips.

“So I never even thought about it until I was looking at that group and I thought to myself, ‘What if it was this class?’” she continued, reflecting on her experience in a course with a capstone group comprised of nearly all women.

“What if it was this class that a man had walked in and ordered all of the men out?”

Olson recalled his experience hearing about the massacre as he and some friends were leaving the old SUB, having just finished an engineering final of their own.

“For me, it was like the space shuttle explosion or September 11 or Jonestown,” he said. “You remember with eerie clarity where you were, what you were doing, who you were with.”

“And what I also remember is very quickly dismissing the events,” he continued. “I realized pretty quickly after that, however, that simply dismissing those events as [the actions] of a lunatic also dismisses much of the structural and cultural challenges in our society.” 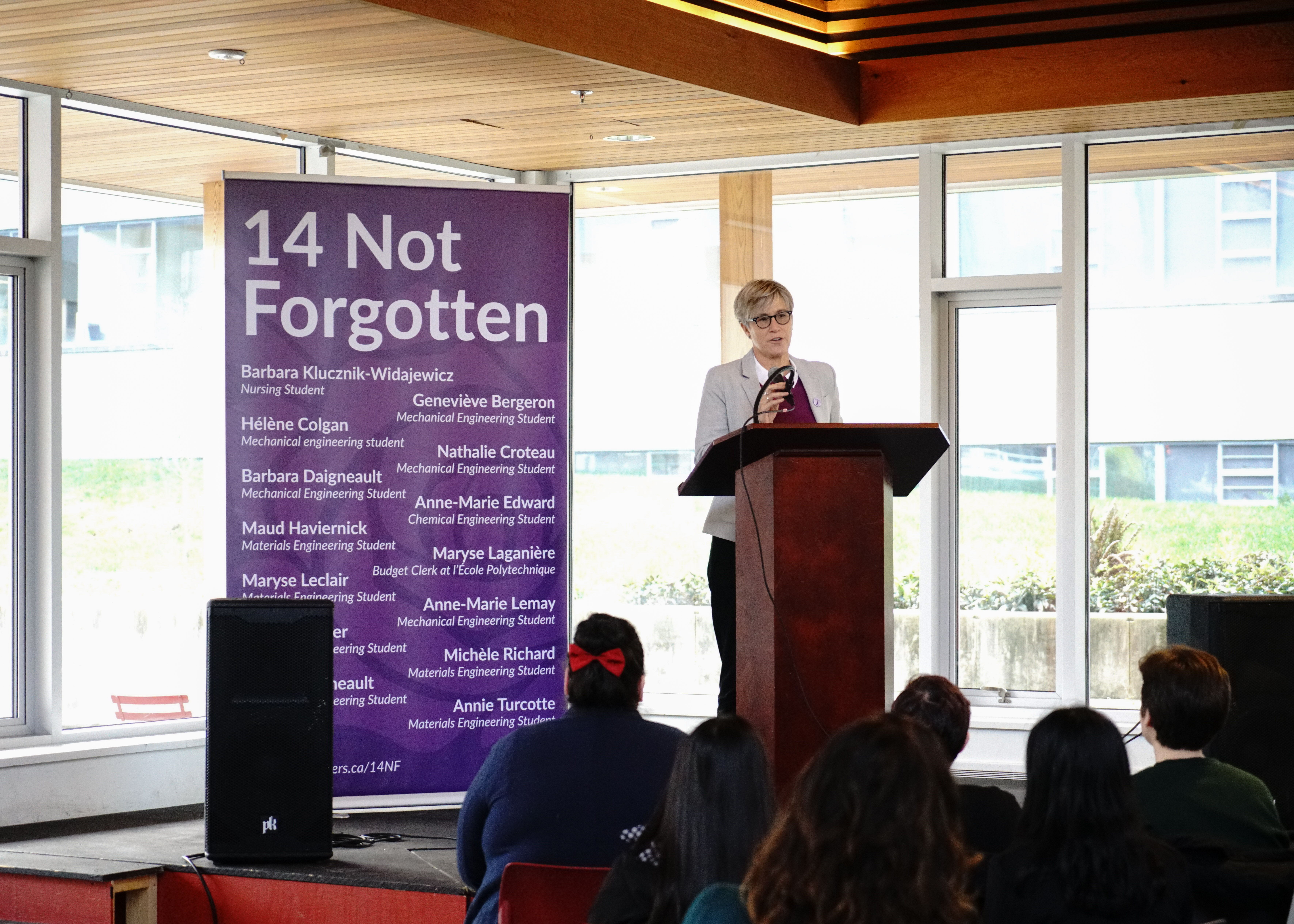 “Within applied science, I think there’s a lot of indicators that we have made significant changes.” Elizabeth Wang

After the remarks, student leaders from the engineering community laid a white rose for each woman murdered on a permanent memorial situated in the courtyard outside the Engineering Design Centre.

But that memorial is not the only way the faculty has tried to honour the legacy of the tragedy.

“Within applied science, I think there’s a lot of indicators that we have made significant changes,” said Staub-French.

“Thirty years ago, I didn’t have any female faculty in civil engineering at my university, there were no women in leadership positions at my university, and if you look at what’s happening now, we have an associate dean of equity, diversity and inclusion, we have goals for gender equity in engineering.”

Phillips highlighted the faculty’s goal of having 50 per cent of applicants be women by 2020 as an important motivating aspiration, despite the fact the faculty will likely not meet that target.

“There have been some huge strides in the past couple of years since we’ve put out that goal to be meeting it,” she said. “There was a coordinated effort to recruit more females and there was special programming, for example, Geering Up or Eng-cite.”

The faculty’s efforts have also extended beyond recruitment initiatives and into trying to address some of the more insidious issues that confront women once they enter engineering programs.

“We even teach bias to all of our first-year engineering students. In my third-year civil engineering course I teach equity, diversity and inclusion, I talk about how to be allies,” said Staub-French. “We’re really trying to think about ‘How do we embed this in the way that we work?’’

But Phillips emphasized that the faculty should not rest on its laurels and the anniversary of the massacre serves as a continual call to action.

“I think for us it’s an annual reminder that there is still further to go.”