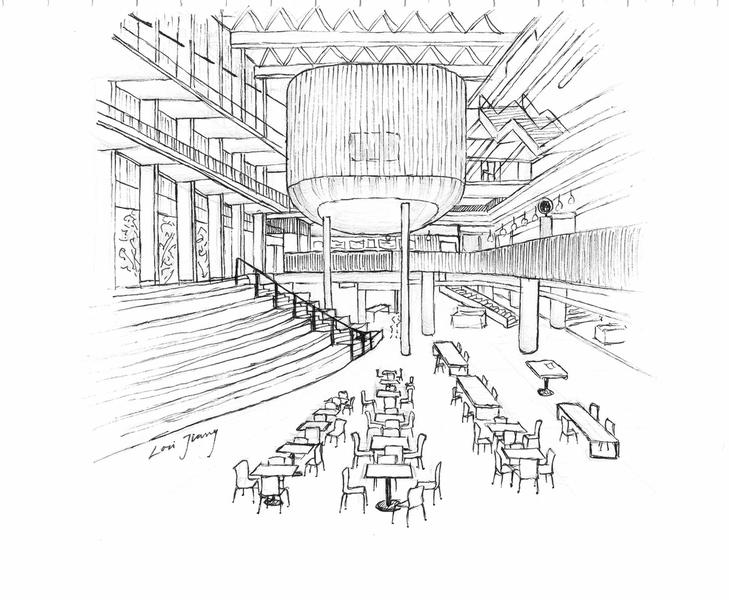 After closing the NES near the end of January, the AMS will analyze the data collected by tabulating responses. Lori Jiang

For many UBC students, the Nest serves as a central hub for students to study, eat food and access AMS services.

On January 9, AMS VP Administration Cole Evans and his office launched the Nest + Experience Survey to further understand how students feel about the AMS initiatives and about the facilities in the Nest.

Known as the NES for short, the survey collects data from students about their thoughts on key aspects of the Nest. It also serves as a way through which the AMS can generate actions to improve its services. The AMS is encouraging students to take 10 to 15 minutes to communicate their true feelings about the building and AMS services, with all responses being anonymous.

The Nest is also important for student clubs as it provides resources and spaces to hold regular meetings.

“It’s the student union building, so it’s a great place for people to come and partake in building a social life because university can be very stressful,” said Young Ji Kim, a fourth-year psychology student and Unlimited Dance Club president.

Some students, on the other hand, have identified areas of improvement for the Nest and its services.

“I strongly believe that the system in which booking requests are handled, processed, and eventually distributed could be much more organized and efficient,” said Andrea Chen, a third-year psychology student and Dance Horizons president. Through the NES, students can describe their experiences in the Nest and express their concerns to the AMS.

Although some students may have taken surveys about the Nest in previous years, the current NES was designed from scratch.

“There wasn’t a lot of clarity in the past iteration of that survey,” said Evans. “We really wanted to target … key areas, not only in the Nest that are important to students but also … the experience as a whole in the AMS.” The process of making the NES was generally smooth for Evans and his team, but they have been fixing minor errors while the survey remains active.

After closing the NES near the end of January, the AMS will analyze the data collected by tabulating responses. Evans will then create a report of formal recommendations and through this, AMS Council will plan solutions to ongoing issues and discuss potential future projects.

“I think that a lot of the work we do should be dictated by what students are telling us they want,” said Evans.

In addition to the NES, the VP Academic and University Affairs office is working on the 2020 Academic Experience Survey that will focus on more widespread topics such as affordability and housing. Overall, the VP administration believes these surveys will lead to better student support.

“We really enjoy the work that we do and I love coming to work everyday,” said Evans. “So yeah, it’s been great.”

The AMS said COVID-19 created a health & dental fee surplus. Now it has an extra $2 million.