‘We are fighting for you’: AMS urges UBC to move remaining finals online at press conference 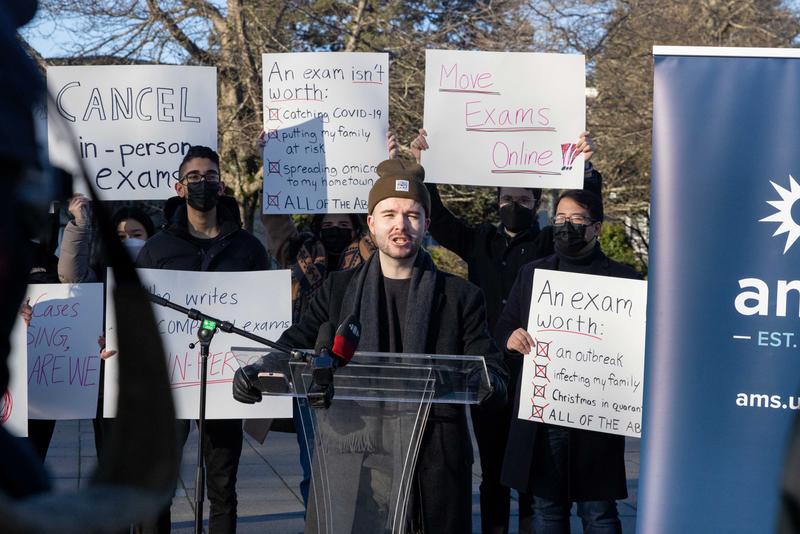 The AMS held a press conference today at 11 a.m. to publicly state its disapproval of UBC continuing with in-person exams. The exam period, which started on December 11, ends on Wednesday.

UBC announced this morning that exams would continue in-person, but students could request to delay their exams through the standing deferral process. Some individual faculties have moved all exams online, while others have left the decision up to professors.

At the press conference, AMS student executives said that they know students support a move to online finals because of the over 1,000 signatures they received on their petition within 24 hours of putting it up.

But Kurt Heinrich, director of UBC Media Relations, told The Ubyssey he’s heard the opposite from some students.

“We've also heard from lots of students that want the exams to proceed in-person. They’ve been preparing. They've been working really hard,” he said.

This press conference is the AMS’s first public action against in-person exams, but execs said they have been advocating for online exams behind closed doors. The AMS says it has been forced into public advocacy due to the inaction of the university.

“We just keep hearing, ‘There's logistical challenges’, ‘It can't be done,’ ‘It's too late.’ But I will once again refer them to March 2020 when it was one weekend, and everything moved online,” Eshana Bhangu, AMS VP academic and university affairs, said to The Ubyssey after the press conference.

The press conference commenced with AMS President Cole Evans speaking while members of the AMS and other students stood behind him holding up signs in protest of online exams. Evans stated his disproval of the continuation of in-person exams amongst student concerns for safety and urged the university to move finals online.

Bhangu said that the AMS has received emails and calls from students stating their concerns around in-person exams, including ones stating that they had friends or classmates who tested positive for COVID-19 but were still planning on taking their exams. The AMS did not provide The Ubyssey with these emails.

“While these may be anecdotes, you can never disregard them because they can't be disproven. And it's always best to air on the side of caution,” said Bhangu.

UBC is in compliance with the public health orders and has been consulting with public health officials, according to the statement released this morning.

“The campus safety guidelines, including the decision to continue with in-person exams on the Vancouver campus, were made in close consultation with the Provincial Health Officer,” stated the press release.

But the AMS wants UBC to go above and beyond the public health orders.

“We have the SRC, where there are about 800 to 900 students writing exams. It's one of the large exam halls on campus,” said Bhangu. 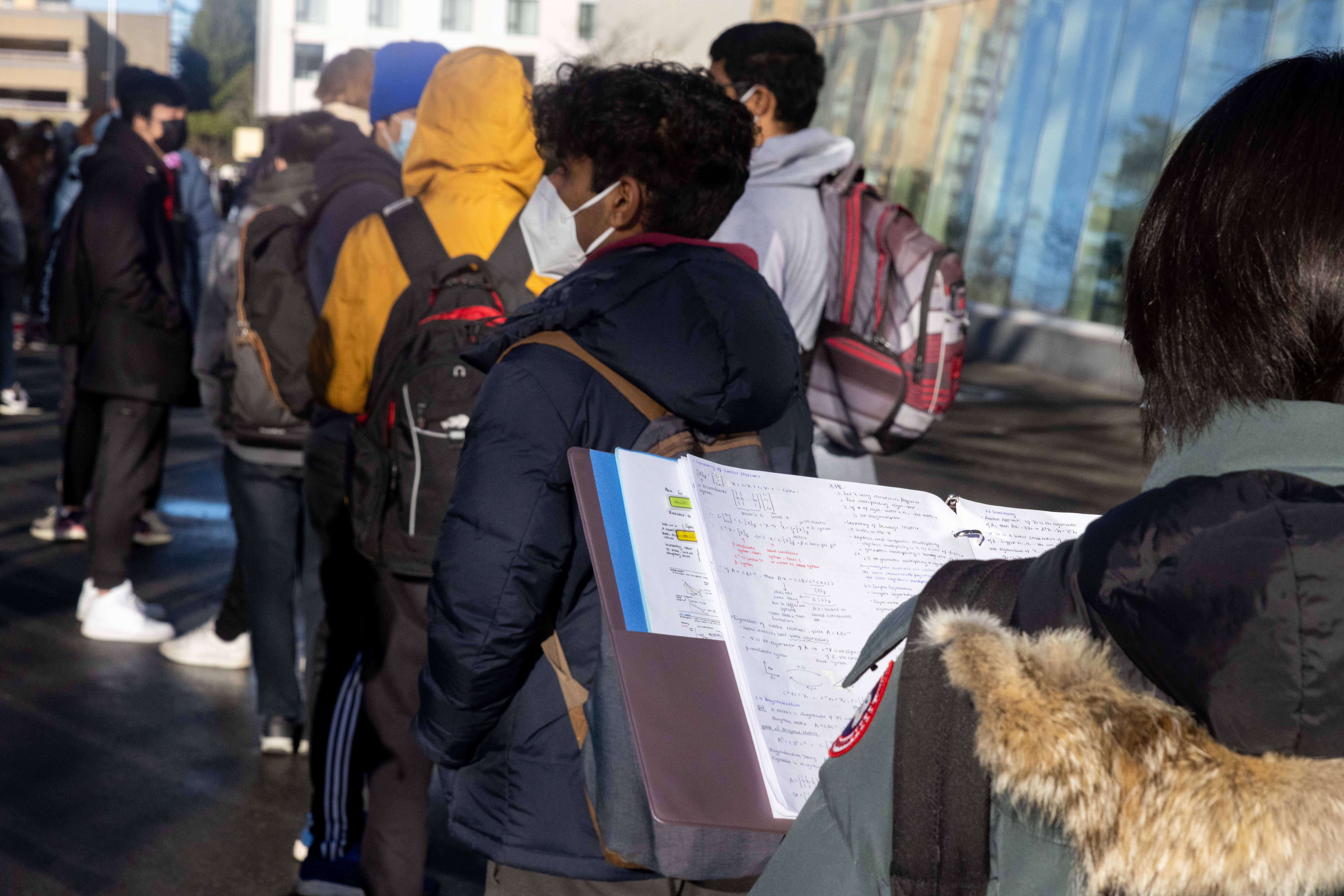 Bhangu also expressed further concern on the behalf of international students who could get COVID-19 during exams and be stuck in Canada.

Heinrich said the university understands the “concerns and worries” of many students.

“Where we're at here is, we're working very closely and collaboratively with the public health officer, we've been very clear that the learning environments that we've set up are absolutely safe,” he told The Ubyssey after the AMS’s press conference.

Heinrich pointed out that the university has been told by public health officials that the instance of COVID-19 with UBC is smaller than elsewhere in the province.

Data released by the BC Centre for Disease Control on Friday showed that 19 people had tested positive for COVID-19 in the UBC neighbourhood from December 10 to 16. However, this data does not include commuter students.

If students have any COVID-19-related health concerns for themselves or family members, they can apply for standing deferral and it will be automatically approved.

“I think everyone's concerned about [the Omicron variant] right now. But that's why we were talking to the provincial health officers as late as this Friday about this and they have told us, absolutely may proceed with with with the exams and they're safe,” said Heinrich.

However, the AMS does not think standing deferral is a fair compromise or that exam halls are as safe as the university says they are. The AMS believes moving exams online is in the best interest of students.

“We are fighting for you. And I know, it may seem like this is the middle of exam season, what's going to happen now, but our job is just to keep pushing,” said Bhangu.