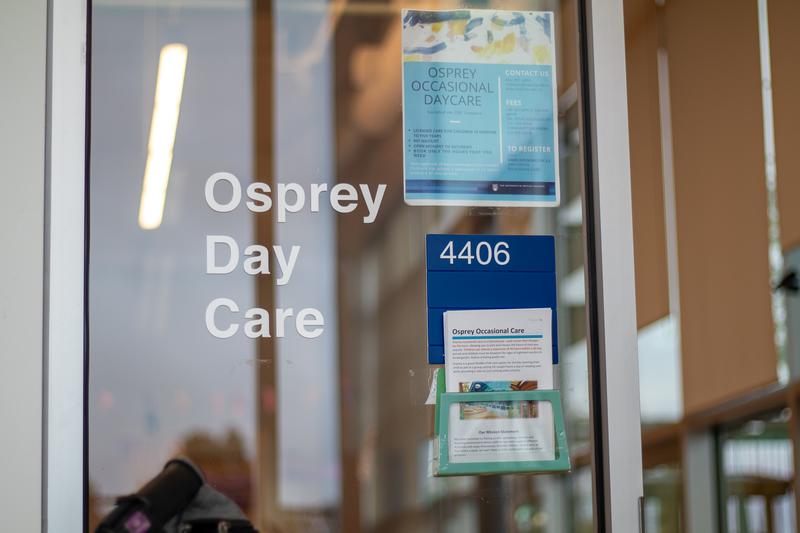 The new spaces will prioritize admitting children of UBC students, followed by those of faculty and staff, and finally children of the surrounding community. Zubair Hirji

The BC provincial government has announced that it will be investing $3 million to create 91 new childcare spaces at UBC.

Childcare is one of the highest costing services offered by UBC Student Housing and Hospitality Services (SHHS), as labour accounts for the majority of its operating cost. Childcare for ages zero to three comes at a greater expense due to the higher ratio of caretakers to children within the age group.

“We're at just about a two-year waitlist for families to get their child into an under three program,” said Andrew Parr, the director of SHHS in an interview with The Ubyssey. “And you can imagine that sometimes a child actually ages out of that area before they actually get an offer.”

In a media release Joey Hansen, executive director of the Association of Administrative and Professional Staff (AAPS) at UBC, stated that “a number of our members have had to leave their roles at UBC as they could not find [sic] childcare that accommodated their work and transit time.”

The new spaces will prioritize admitting children of UBC students, followed by those of faculty and staff, and finally children of the surrounding community. While UBC has committed to 40 per cent of their childcare spaces for students, the lesser demand from students has resulted in their using of approximately 35 per cent of spaces, with the rest being used by faculty and staff.

Currently, UBC is seeing a trend of older faculty retiring and the recruitment of younger faculty, some with families. According to Parr, a key reason for the investment is that access to affordable and high-quality childcare is a “critical piece of building community and to support recruitment and retention of really great students, faculty and staff.”

Spaces created by the investment will be offered across three new centres in the Acadia Park area and will be available for infants and toddlers, three to five year olds, and school-aged children. One has already been opened, and the final two are scheduled to open in November.

The Childcare BC New Spaces Fund is part of Childcare BC and is targeted to fund the creation of 22,000 new licensed child care spaces across the province.

As well as providing capital incentives, the BC government provides fee reduction incentives to childcare providers. This translates to roughly a $150 to $300 reduction in fees for guardians per child in UBC childcare services.

There are an estimated 2,869 new housing units planned for UBC neighbourhoods by 2024, and in that time the number of residents living in the area is expected to more than double from 11,000 to 24,000 residents.

“I think this one announcement is going to be great for UBC students, and I think it will have a positive but lesser effect for staff,” said Hansen in an interview with The Ubyssey.

“When you hear that UBC childcare is popular with faculty and staff and students, I don’t think it’s just because of location, but because people really understand and appreciate that if you send your kids there, you’re getting first-rate childcare.”