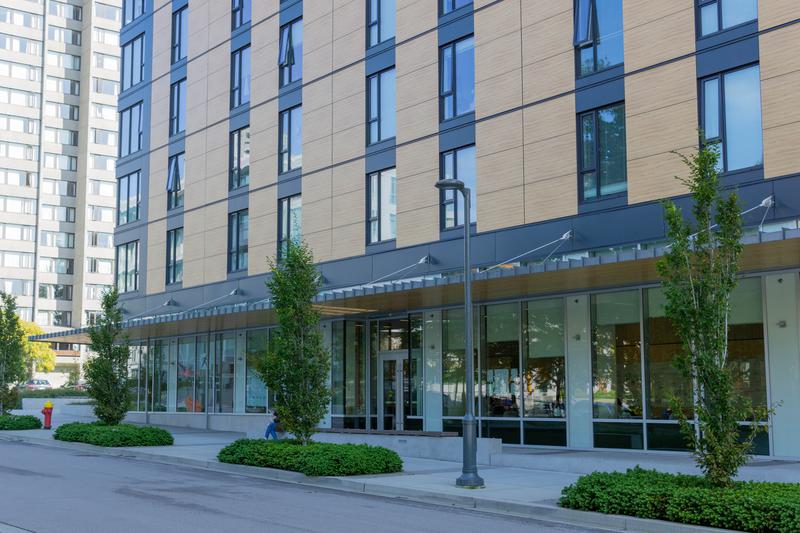 Brock Commons is included in a greater campus housing plan that began in 2010. Yiyang Wang

UBC community members around the northeast corner of campus will see an increase in blue construction fences over the next few years as Brock Commons Phase 2 begins construction.

The new buildings will consist of 595 new student beds comprised of four-bedroom and studio units. Overall, this will bring the total number of beds in Brock Commons to 999.

The South building will also include a 3,000 square foot area for food services which has been modeled after the Harvest store in Ponderosa Commons.

Additionally, there will be two new daycare centres. One for toddlers under the age of three that will have 12 spaces and one for children ages three to five that will have 24 spaces.

While the two new buildings aren’t planned to be built out of timber, like Brock Commons Tallwood House, they are planned to comply with LEED certification. However, the new building will implement a variety of energy-saving techniques.

Additionally, UBC will be asking the province to consider increasing the height limit on academic buildings on campus through the Land Use Plan from its current limit of 53 metres or 18 stories to 65 metres or 22 stories. 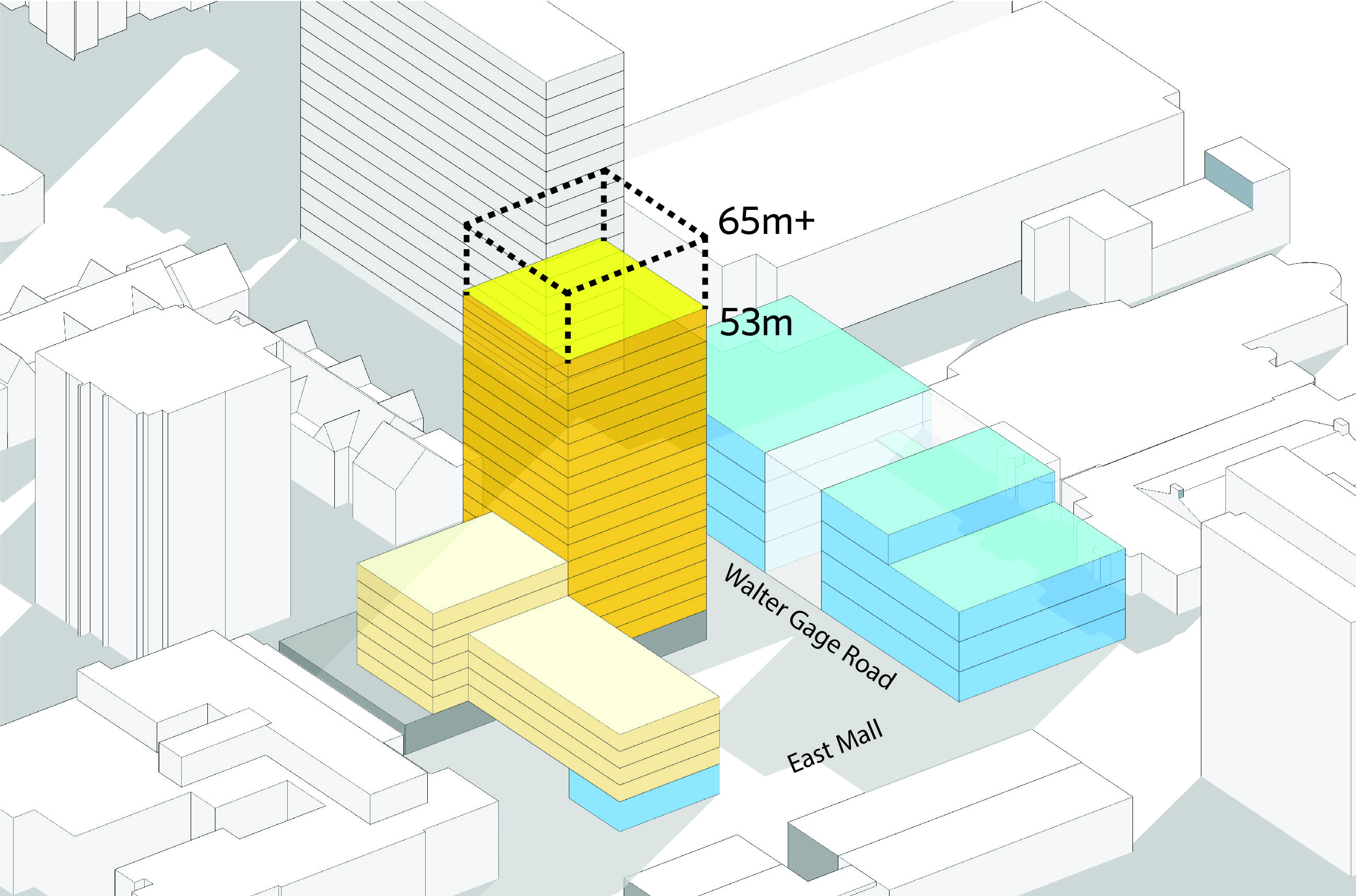 UBC will be asking the province to consider increasing the height limit on academic buildings on campus through the Land Use Plan from its current limit of 53 metres or 18 stories to 65 metres or 22 stories. Courtesy Campus and Community Planning

The UBC Board of Governors approved the second round of development for Brock Commons Phase 2 on September 24 at the General Board meeting at UBC Okanagan.

Brock Commons is included in a greater campus housing plan that began in 2010. At the time there were only 3,200 students on the waitlist to enter student housing, that number has now risen by 188 per cent to 6,000 students, despite the addition of 4,500 beds to student housing.

Right now there are 12,447 beds on campus, the most of any university in Canada. By 2022 SHHS expects that there will be more than 14,000 beds on campus as well as the opportunity to add 4,000 additional beds in the years following.

With these plans in mind, Parr said he is thankful for the support of the university and the Board of Governors.

“We've been very supported by the University, by the Board of Governors, to continue to invest in growing or student housing stock,” Parr said.