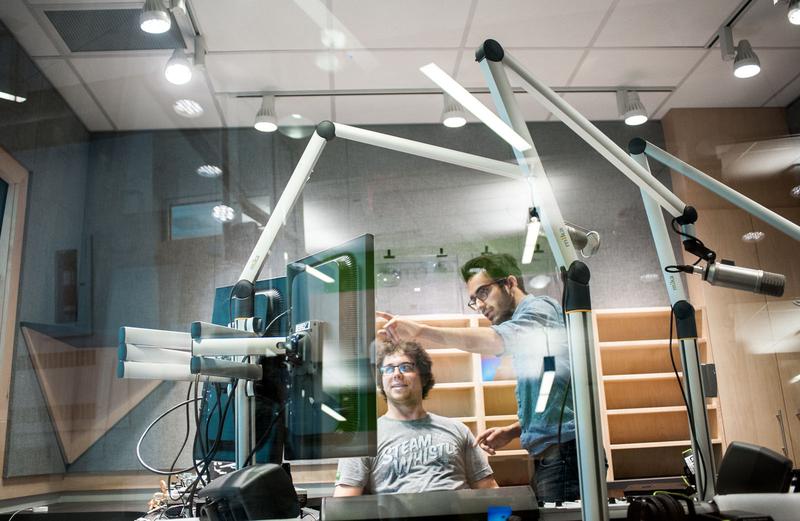 Carrico noted that the development of these podcasts will help CiTR to continue serving its mandate to represent underrepresented voices. File Kosta Prodanovic

With an almost $50,000 award by the Community Radio Fund of Canada (CRFC), campus radio station CiTR is creating three podcasts on the culture and current events of UBC and Vancouver.

The first podcast will elaborate on existing content from CiTR and Discorder Magazine; the second podcast will be a three-person panel discussing arts, current affairs and the UBC community; and the third podcast will focus on music, incorporating in live sessions and interviews with bands.

“I mean it was kinda a no-brainer, as podcasts are probably the fastest growing sector in media right now … the popularity of it was totally unexpected to be honest,” said CiTR Station Manager Ana Rose Carrico about the expansion into podcasting.

She also noted that the development of these podcasts will help CiTR to continue serving its mandate to represent underrepresented voices, as podcasting is a great medium for this goal.

Currently, the podcasts are under production for an expected launch in January 2019. The roll out will then continue until the end of the academic year, and they will be available on all major podcast distributors like iTunes.

This is not the first project that CiTR has developed with funding from CRFC, a non-profit organization that provides support for campus and community radio. Announced on September 18, this award is the 13th funding support CiTR has received in 10 years which collectively total $313,636.

The CRFC receives some of its funding from the Canadian Radio-television and Telecommunications Commission, Canada’s broadcast regulator.

“I’m happy to add this project proposed by CiTR to the growing list of funded initiatives. I have no doubt as to the significant, positive, impact that this project will have on the station but most importantly on their community,” said CRFC President Roger Ouellette in a media release.

According to Carrico, CiTR used last year’s grant to hire a Spoken Word coordinator to oversee the radio station’s collectives and provide input into all spoken word content, ranging from audio documentaries to some content in Discorder Magazine.

But this move to expand spoken word content is not a replacement for the station’s print media, said Carrico.

“But we have no plans for the foreseeable future for stopping print.”