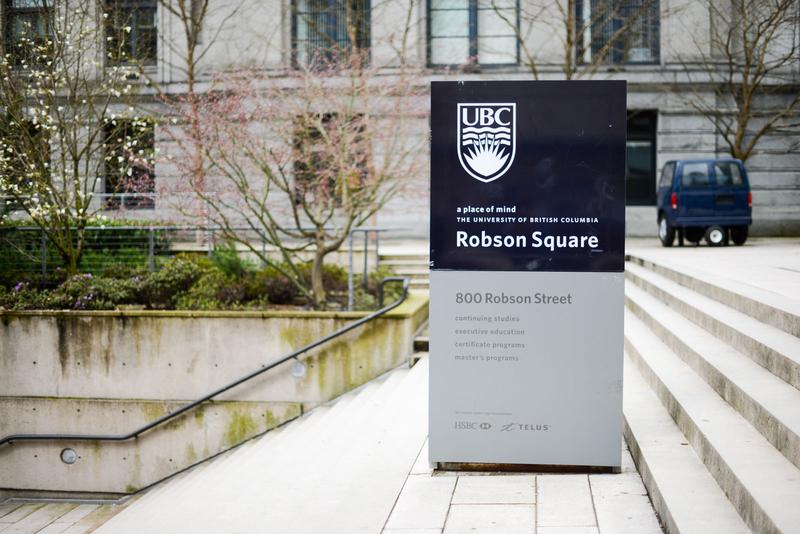 “In recent months the level of protest and disruption at events held at UBC have increased.” File Josh Medicoff

The UBC Free Speech Club (FSC) and The Justice Centre for Constitutional Freedoms (JCCF) are filing a lawsuit against UBC for cancelling an FSC event due to safety concerns.

Andy Ngo, an editor-at-large of right-wing media website The Post Millenial, was scheduled to give a talk entitled “Understanding Antifa (Anti-fascist) Violence” at UBC Robson Campus on January 29. But the university cancelled the event because of unspecified safety and security concerns.

Shortly after receiving word of the cancellation, the FSC and Ngo collaborated with JCCF to write a letter to UBC on December 31 that said they will take legal action if UBC does not revoke the cancellation by January 10.

On January 13, the JCCF and FSC followed up with statements on social media and the JCCF website saying they will be taking legal action.

“I am deeply disappointed in the direction UBC has taken. By not reinstating our event, they are telling the world that free speech doesn’t matter,” said FSC Director Angelo Isidorou in the JCCF statement. “… As is demonstrated over-and-over elsewhere, appeasing Antifa ideologues only emboldens them to make more demands. Their goal is to silence opposition through intimidation and violence.”

UBC would not comment to The Ubyssey on any legal proceedings.

But in a letter addressed to JCCF Lawyer Marty Moore on January 8, University Counsel Hubert Lai said UBC would not be reinstating the event. Lai noted physical disruptions at past free speech events on campus and explained that since Ngo was the target of violence in the past, the security risk would be even greater.

Ngo gained a following for his coverage of Antifa groups and their clashes with far-right, white nationalist groups like the Proud Boys and Patriot Prayer. But he has been reported by various outlets to stretch facts, collaborate with far-right groups and provoke protesters in order to support the narrative that Antifa is organized, violent and dangerous.

In June 2019, he was beaten by unidentified individuals who were likely left-wing activists counter-protesting a Proud Boys march in Portland. He also claimed to have been struck by quick-dry cement in milkshakes, but this was disputed by journalists at the scene.

“In recent months the level of protest and disruption at events held at UBC have increased … As you are aware, Mr. Ngo has been the target of violence in the past. After assessing the proposed event UBC determined that the risk to persons and property was too high and accordingly cancelled the event,” said Lai in the letter.

In JCCF’s statement, Moore claimed cancelling the event plays into the hands of those who have opposed Ngo.

“UBC’s decision effectively punishes a victim of violence by banning him from speaking at UBC, in what appears to be an attempt to appease the violent group Antifa,” said Moore.

But according to a member of the activist group UBC Students Against Bigotry (SAB), who asked to be anonymous to protect him from harassment from far-right groups, Ngo’s talk would attract violent attendees who want to provoke conflict with left-wing protesters.

“[Ngo] targets activists, anti-fascists, politicians, journalists for harassment, and this would be something that, if he came to Vancouver, it's reasonable to assume that anyone who meets those criteria might be opened up for harassment by Andy Ngo,” said the SAB member.

“And so we wanted to protect our community, both at UBC and the broader Vancouver community, and that's why we did not want Andy Ngo’s event to go through.”

Ngo could not be reached for comment by press time.