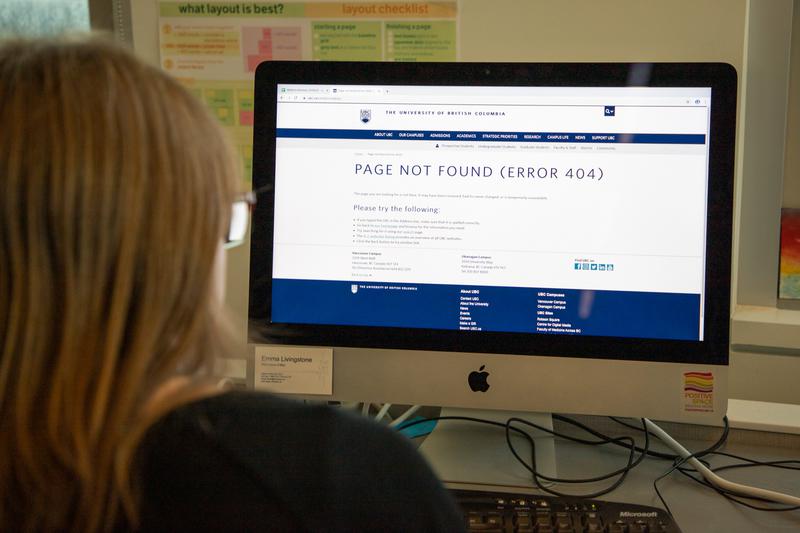 “There’s always going to be worries when you’re changing over to a completely new system.” Zubair Hirji

UBC governors and administrators are concerned that delays and budget increases of the university’s new information systems could be growing out of control.

The university is spending $342 million on the Integrated Renewal Program (IRP) and the Application Ecosystem Program (AEP), one of UBC’s most significant software upgrades to replace aging HR/finance systems and the Student Information System that is tied to the Faculty and Student Service Centres.

UBC has partnered with the software company Workday since December 2018 to develop and implement three replacement platforms — Workday HR, Finance and Student — over a series of prototyping, testing and deployment phases.

All three systems were slated to launch in 2020. While Workday HR and Finance are on schedule, Workday Student has been pushed back to 2023.

How much continued delays will cost the university is currently unknown.

“It’s definitely something I see as my biggest worry that the university is taking on right now,” said Max Holmes, a Vancouver student representative on the Board of Governors (BoG).

In both scope and budget, the IRP is UBC’s most substantial undertaking in the recent past. At a June 2019 BoG meeting, Dr. Nassif Ghoussoub, a Vancouver faculty representative on the Board, raised concern over budget increases that could end up like the Canadian government’s Phoenix fiasco.

The federal government’s adoption of the Phoenix pay system was supposed to streamline payroll processes and save $70 million annually, but software and training errors have led to underpaid employees and a massive $2.2 billion spent in maintenance fees by 2023.

‘Well overdue’ for an upgrade

With current software systems “25 years old or more,” UBC decided that it needed an upgrade, so it created the Student Academic Systems Initiative and the HR and Finance Renewal Project between 2015 and 2017.

The university merged the two projects in mid-2017 to form the IRP.

Although the current systems still work, Dr. Carson Woo, associate professor of accounting and information systems at the Sauder School of Business, said the upgrade should happen sooner rather than later.

“I would say that [it’s] very similar to you owning a very old car,” he said.

But delays in software updates aren’t unique to UBC.

Many post-secondary institutions in Canada and the United States are taking on similar overhauls, like Ohio State University’s Enterprise Project that is also implementing Workday software.

But as UBC’s BoG discussed in September, Ohio State announced in August that its version of Workday Student was pushed back two years to 2023 because it “would not be ready on our timeline.”

The reasons behind Workday delays at both universities remain unclear.

Since January 2019, UBC has been in talks with Workday to create terms of agreement for Workday Student. They reached a “verbal agreement” in April and expected a written one by June.

That deadline came and went. UBC pushed the deadline back to September, but there’s still no written agreement today.

“UBC is continuing to do its due diligence and our conversations with Workday continue to ensure we have the best terms for UBC, including implementation dates for Student,” said Kate Ross, associate VP enrolment services & registrar and IRP lead sponsor.

“It will take some additional time to finalize the best approach going forward based on the most current information.”

Holmes explained that the delays ensure that UBC would end up with an adequate final product.

“There [are] always going to be bumps in the road when … any of these are launched, but we want to make sure that’s ready to go and that it’s a program that really works for UBC,” he said.

An arm and a leg

In April 2018, the BoG approved a preliminary $60-million budget to implement the planning stages for all three streams, part of a total anticipated $250 million allocated for the rest of the IRP including contingency.

This was later increased to $262.4 million due to “HR, Finance and Student cost pressures.”

Combined with the Application Ecosystem, a project that will maintain compatibility between smaller systems and Workday, the total budget for the IRP and AEP was revealed to be $342.8 million in April 2019.

But Ross said the university is doing its due diligence to make sure costs don’t spin out of control.

“UBC reviewed information relating to Phoenix to apply any learnings to the IRP to avoid the same issues,” wrote Ross in an email to The Ubyssey. “IRP has a comprehensive governance structure containing stakeholders from across the university to ensure decisions made will meet UBC’s needs.”

“At the moment, it seems like budget is less of a concern, especially with HR and Finance,” said Holmes. “But with the Student delay, that’s a little bit more up in the air.”

But UBC could end up spending as much as $365 million when including an “estimate of the impact of the [Workday] Student delay,” according to June Board documents.

After delays were brought up in September, the Board still approved a release of $36 million to fund the IRP until December 2019, despite having no clear launch date for Student, which is costed at $0.7 million.

“Any financial implications of the delays are part of the ongoing discussions with Workday,” added Ross.

With a change as major as the IRP, faculty and staff consultation is key, Holmes said.

“Even when we switched over to Canvas, there were struggles there, even though generally I think people thought that that was better,” he said.

And there is hesitation, which IRP executives are trying to address by polling faculty and staff on their impressions of the upgrade.

“The purpose of these readiness assessments is to confirm the technical requirements are met and the University community is ready for the change,” said Ross.

Survey results show that faculty have a lower understanding than staff of how the IRP will impact them and staff are unsure of how they can prepare for the change. 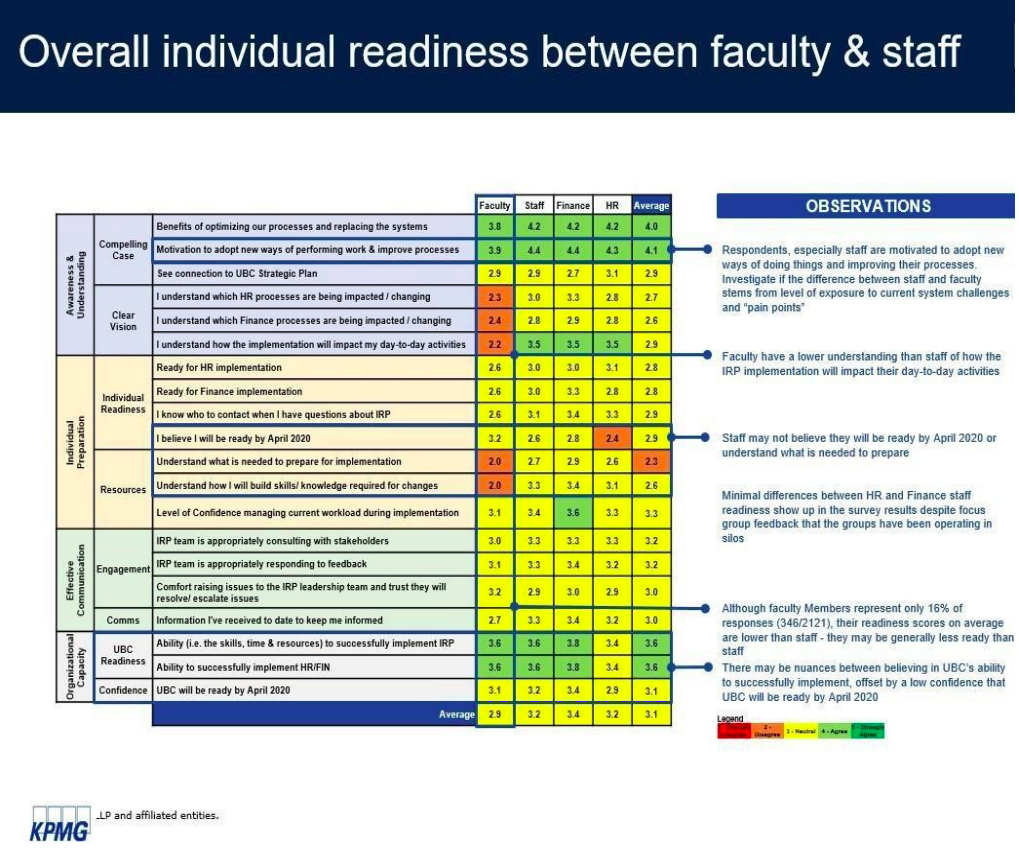 Survey results show that faculty have a lower understanding than staff of how the IRP will impact them and staff are unsure of how they can prepare for the change. UBC Board of Governors September Agenda Package

According to Woo, large-scale projects like the IRP are tough because of the sheer number of stakeholders.

“You cannot support every single one because everything costs money,” said Woo. “And so, given all those, we have to sacrifice somewhere. And the group that is being sacrificed — of course they’re not happy.”

Another IRP update is expected at the next cycle of BoG meetings in late November.

This article has been updated to clarify that $342 million is the cost for both the Integrated Renewal Program and the Application Ecosystem Program.