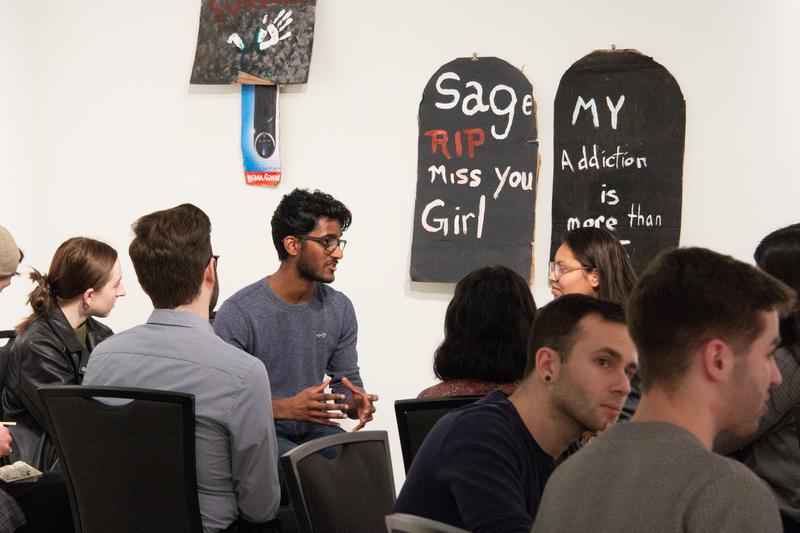 “Debates are so one-sided. We ask questions and get answers. Here, it wasn’t one-sided. It was a give-and-take relationship that happened.” Andrew Ha

The second AMS elections Indigenous meet-and-greet took place on Tuesday, March 3 at the Hatch Art Gallery, where Indigenous students grilled candidates on engagement and the “performance” of consultation.

The room was set up casually, with chairs forming five circles, encouraging informal discussion. The circles eventually shifted into one as people trickled out towards the end of the two-hour forum. Candidates from the AMS president, VP admin, VP external, Board of Governors and Senate races attended. There are no Indigenous students running for office this year.

Chalaya Moonias, VP of the Indigenous committee, was the organizer of the event in collaboration with the AMS Elections Committee. Moonias was initially running for VP academic and university affairs, until she withdrew shortly into the campaigning period.

She said she wanted this experience to be very different from the “harsh” debates and foster respectful communication, conversation and connection between candidates and Indigenous students.

“I felt like they were there to listen to me and to not do extractive consultation, rather consult respectfully. It’s these atmospheres that we need more of,” Moonias said.

“Debates are so one-sided. We ask questions and get answers. Here, it wasn’t one-sided. It was a give-and-take relationship that happened.”

Taking, but no putting back in

Extractive consultation was a big conversation of the night, with Indigenous students speaking of the AMS and student groups’ lack of respectful consultation.

“There’s been a lot of really great consultation and facilitation this year [within the AMS], but there’s always room for improvement. I think that moving forward, we spoke about how a lot of our relationships have been very extractive,” said Indigenous Committee Co-President Verukah Poirier-Jewell.

Poirier-Jewell said that Co-President Kenzie Taylor and her receive every message and email that goes to the Indigenous committee.

She noted getting a lot of emails about events that student groups had planned but didn’t reach out to the Indigenous committee until after the planning is all done, calling the engagement “not reciprocal.”

“What needs to happen is a respectful consultation where you’re working to plan events rather than somebody else already having one planned and coming to you for the stamp and seal of approval, that’s not the way to go,” she said.

“It can be very extractive when people come and ask to take stuff out, but how do you put back into that relationship?”

Max Holmes, an incumbent candidate for the Board of Governors and Senate, admitted where he has gone wrong in that sense.

“Jeanie [Malone] and I, we created our whole big list of student priorities [for Board of Governors] and we sent it to the Indigenous committee after we had written it. That’s not how that process should go,” he said.

“It’s good that we’re starting engagement more on these topics, but it should be, ‘Let’s sit down, let’s have a conversation.’” 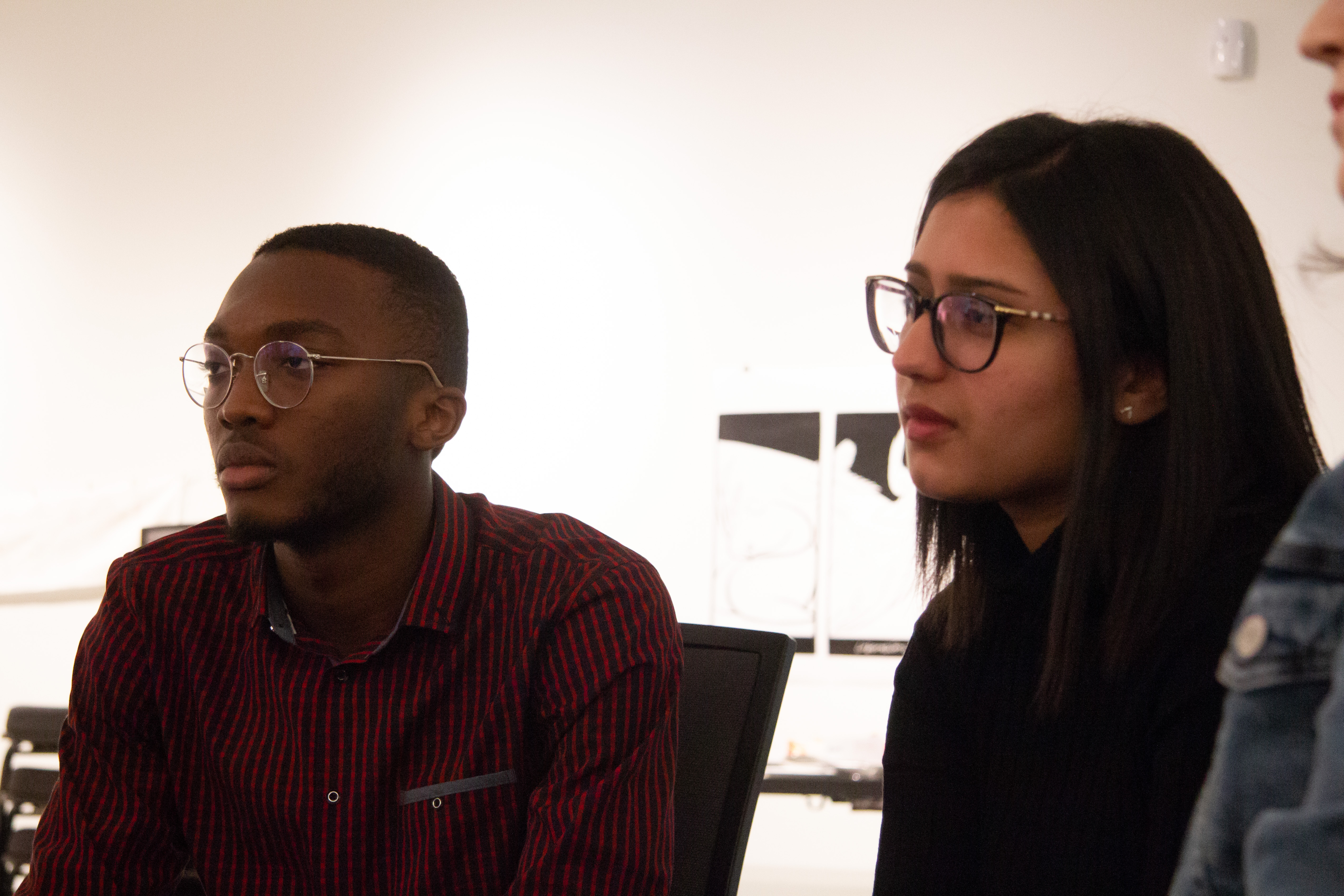 Consultation as a “performative act”

The topic of Indigenous communities and building relationships has pervaded most of the elections, with candidates often making bold statements on what they’re going to do if elected.

But the prevalence of conversation with and about Indigenous students tends to fall off after elections.

“We seem to have very similar conversations every year … I haven’t really seen that conversation evolve over the last couple election cycles … have you noticed since the inception of the committee any strides in terms of any general engagement between the AMS and Indigenous students?” AMS President and Senate candidate Cole Evans asked a small group of Indigenous students and other candidates at the beginning of the night.

The students mentioned that the event was a start and Poirier-Jewell mentioned her positive relationship with current AMS president Chris Hakim, who was also in attendance as an incumbent Senate candidate.

“But I’m sick of Indigenous students … being used as a campaign promise. How can you show, rather than just say words?” she said.

In particular, she noted that the current campaigning conversation hasn’t been done particularly well.

“A perfect example is right now: I have not seen a single email from a lot of people in this room, but there’s a lot of talk about ‘We’re consulting with the Committee.’ But that’s not true,” Poirier-Jewell said.

“[Consultation] is being done as a performative act just to show students, ‘Hey, look, we consulted with them, we’re good,” said Senate candidate Mahmoud Borno.

“It’s cool right now to be into Indigenous issues, let’s advocate, let’s work on UNDRIP, but I guarantee you if you ask any white male person running for president right now, [they couldn’t name an article],” Poirier-Jewell said, mentioning Evans as an example of that. Evans was not present at the time to give a response.

Throughout the night, other conversations included implementing mandatory First Nations and Indigenous Studies classes — the general consensus was no, due to the violence it allows Indigenous students and professors to be subject to — the Indigenous Strategic Plan, divestment and what candidates can do better.

“The set up was really well done. Whenever there’s a formal debate, there can be a separation between the speakers and the audience which can impede productive dialogue,” Smith said. “I had a lot of meaningful conversation and got to talk about a lot of the topics I’m really looking for in candidates and in general change at the AMS.”

“It was nice seeing where everyone was at [with their] Indigenous platform … I didn’t know much about the AMS and this helps me know more because Indigenous [issues] play a huge role in who I vote for,” said Raweater.

“It’s really easy to speak in platitudes [in AMS debates], but when we hold ourselves in these spaces with community we are confronting our values, what we believe in and whether we’re accountable to those communities we say we are,” she said.