Jen McCutcheon is the new director of Electoral Area A 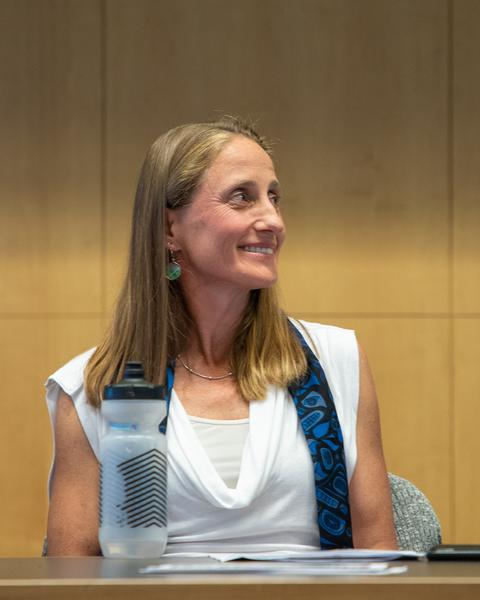 “I want to see my kids be able to afford to live and have a future in the region that is stable,” said McCutcheon. File Zubair Hirji

Winning 80 per cent of the vote, Jen McCutcheon was elected director of Electoral Area A (EAA) in June 15’s by-election.

As EAA director, she will represent UBC, the University Endowment Lands and other rural areas on the Metro Vancouver Board and the Mayors’ Council on Regional Transportation. Her platform focused on the sustainability of those communities.

“I want to see my kids be able to afford to live and have a future in the region that is stable, [so] I look forward to ... having a voice at the table to look at the way that the region is growing, developing, protecting the environment and looking at climate action,” said McCutcheon.

While the results will not be finalized until Wednesday at 4 p.m., preliminary results released on June 15 show about nine per cent of the electorate voted.

“In an area where we have no governance, I think regional politics are not really front and centre on people’s radar,” said McCutcheon in an interview with CBC News.

“This was a career shift for me. I was first approached about it last August and thought ‘Gosh!’ That's not something I either had time at that stage or the knowledge to look into,” she said.

Alongside past Alternate Directors Mike Feeley and Bill Holmes, Harris endorsed McCutcheon in the by-election and supported her throughout her candidacy.

“I would not be here today, if it wasn’t for their support,” said McCutcheon.

Now that she’s won, McCutcheon is eager to get to work, but she doesn’t expect it to be easy.

“I’m already getting more involved ... in meetings and speaking with people to continue to get up to speed with some of the issues,” she said. “It’s going to be a steep learning curve, and I’m really excited to dive in.”