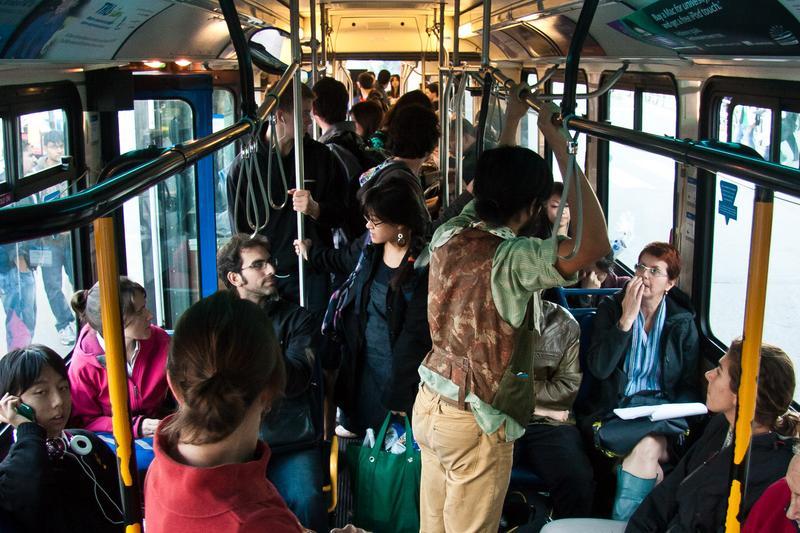 Ilnitchi said the AMS has been lobbying for this construction of this line for years, seeing it as a vital priority for the two-thirds of UBC students who commute to campus everyday. File Geoff Lister

Stewart was supportive of the subway throughout his campaign, but expressed concerns about the project’s feasibility in a previous interview with The Ubyssey.

But since being elected on October 20 — he doesn’t get sworn in officially until November 5 — he has already made significant headway in terms of securing funding for the project.

That doesn’t mean it’s in the bag. Stewart’s first priority is allocating external funding, since the city’s property taxes and service fees won’t cut it.

Federal funding is one possibility, and Stewart said that he has already had two meetings with the Prime Minister regarding transit issues in the region.

“I’m hoping that there will be additional federal funding for that project, as well as from other parties,” Stewart said.

UBC has also committed to contributing to the project, according to Associate VP Campus and Community Planning Michael White.

White said that UBC’s contributions would not come out of academic funding paid by students, and would include “contributions from new revenue from development on campus,” “revenue that’s generated from increased patronage of destination services” and land contributions.

Communication between the new mayor and UBC has not yet started, but Stewart said he’s slated to chat with UBC President Santa Ono in his first week on the board.

The AMS jumps in

The AMS hasn’t been directly involved in funding conversations, but they’ve been heavily involved in advocacy and lobbying efforts.

Since the board approved the university’s rapid transit strategy in April, the AMS has been a part of the “rapid transit community coalition” that aims to bring the subway and other transportation options to UBC.

“It's basically the community coming together to strategize how we’re coordinating our efforts to create more visibility about the getting the Skytrain line up to UBC,” said AMS VP External Cristina Ilnitchi.

Ilnitchi said the AMS has been lobbying for this construction of this line for years, seeing it as a vital priority for the two-thirds of UBC students who commute to campus everyday.

“We have so many commuter students, so many students who work off-campus, live off-campus, so many staff, faculty and neighbours in the area that all agreed that there is a gap here,” Ilnitchi said. “It is always going to be a priority for for the AMS to get better transit and mobility for students in this area.”

Stewart said that the current projection for the completion of the subway to Arbutus is 10 years, with Broadway construction set to start soon.

“But it only goes to Arbutus,” Stewart said. “So what I’m trying to do is to make sure that extending to UBC is now included in the plan.”

Stewart said that the best solution in regards to the tunnelling would be if it began in two places at once, with one team starting at UBC going east and another team starting at the Evergreen Line going west.

“That’s how the channel was built between France and England in the UK,” said Stewart, “and it really cuts down the amount of time that you have to devote to the project.”

Details are still to be discussed, but he expressed confidence in the rapid completion of the project.

“I’m confident that as long as we can agree on the projects in general, we can secure the funding [to make] this happen as fast as possible,” said Stewart.