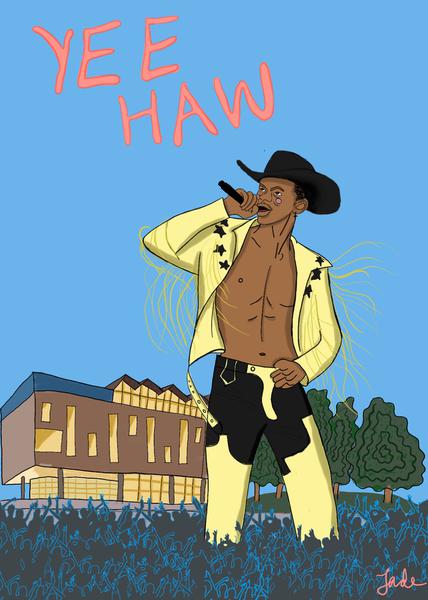 “Unfortunately, Lil Nas X has opted to cancel all performances this week due to circumstances beyond our control,” AMS President Chris Hakim said in a statement to The Ubyssey. “Nevertheless, the AMS is still prepared to give students an awesome show ...”

AMS Events announced that he will be replaced by Lil Mosey and YBN Nahmir. The lineup still includes A$AP Ferg, What So Not, Murda Beatz, Boslen and MGH.

Lil Nas X rose to fame as his single “Old Town Road (Remix)” topped the US Billboard Hot 100 for 19 consecutive weeks, breaking a record and going triple platinum. In June 2019, he also became the first artist to come out as gay while at number one on the charts.

Announcing the lineup change on their Instagram story, AMS Events also hinted that Lil Nas X may have cancelled to appear as a special guest on The Ellen DeGeneres Show on Friday. 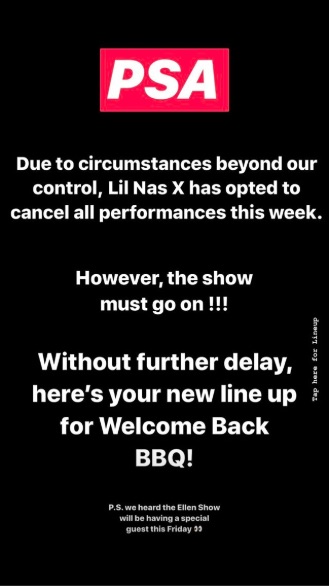 Even though the tickets now valued at $50–70 were marketed under Lil Nas X’s name, Hakim did not acknowledge the possibility of refunding students when The Ubyssey asked.

“The AMS is here to provide students with an amazing experience through Welcome Back BBQ and its awesome line up, so we will continue with the show,” wrote Hakim.