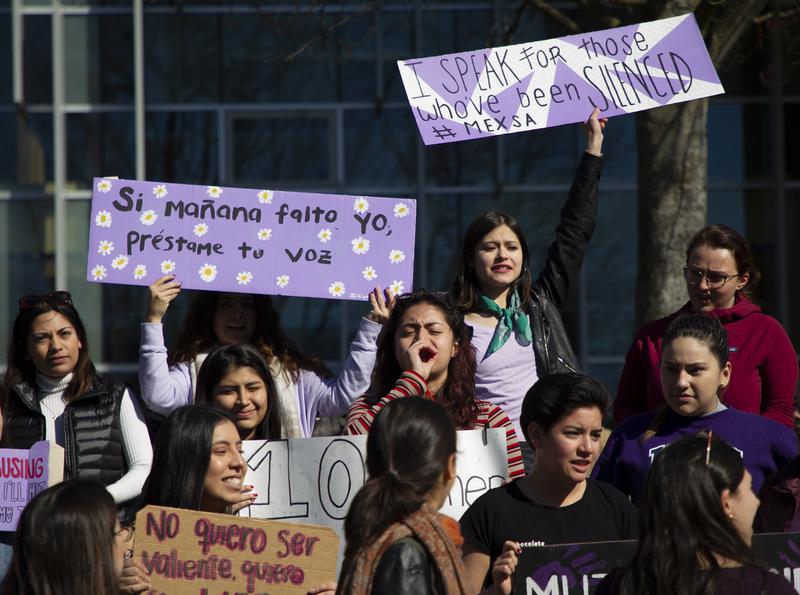 “This is just MEXSA’s way of bringing awareness and getting the conversation going because a lot of people don't know about what's happening.” Elizabeth Wang

As women in Mexico staged a strike across the country yesterday, the UBC Mexican Student Association (MEXSA) brought the topic to campus with a rally in front of the Nest.

MEXSA’s Stand for Women in Mexico event was organized to bring together the Mexican community in Vancouver for a rally in solidarity with women in Mexico, who held a strike on Monday, March 9 to highlight increasing rates of gender-based violence in the country.

The chants included “not the church, not the state, women must control our fate,” and “the women united will never be defeated.” The students also performed several chants in Spanish.

Monday’s protest named “a day without us,” saw millions of Mexican women stay home from work and school to protest gender-based violence and macho culture. According to UBC MEXSA president, Anna Pereira, the protest was meant to show what it would look like if all women disappeared.

“There's a hashtag that's going around in the country that's called the day without me or a day without us and it's to show what it would look like if all women did disappear. So since we can't do the same. We're just getting everyone together to raise awareness,” said Pereira.

“This is just MEXSA’s way of bringing awareness and getting the conversation going because a lot of people don't know about what's happening.”

According to a report from BBC, “An estimated 10 women are killed each day in Mexico,” and Mexican police are investigating over 700 cases of femicide. In February, a 25-year-old woman was found skinned and disfigured, and the body of a seven-year-old girl who was abducted from her elementary school on February 11 was found four days later in a plastic bag. Pereira pointed to these two instances as one of many examples of femicide that have brought Mexican women to protest. 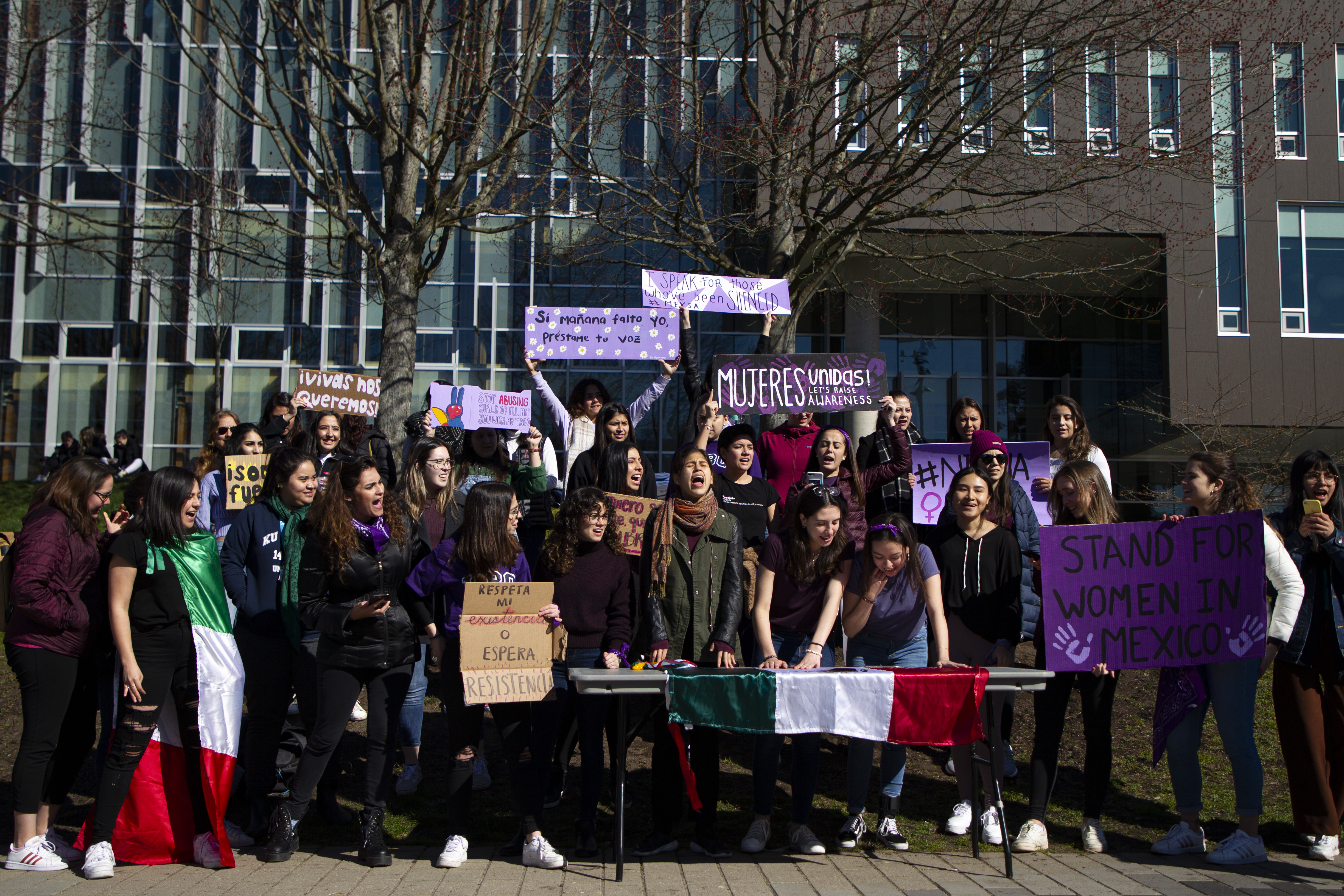 “We want to make a difference for our sisters and the ones that are gone.” Elizabeth Wang

For students who attended the event, the rally was a way to connect with women in Mexico and across Latin America, as well as a way to raise awareness of the issue at UBC.

Roxana Ramirez, an exchange student from Mexico, said attending the event was important to her as she could not be at home, but allowed the campus community to come together in support of what was happening in Mexico.

“I'm kind of sad because I can't be there supporting all of my friends and family,” said Ramirez.

“So we wanted to represent the little community that we have here and UBC and inform the people that are interested in this movement because they're killing us. There are 10 murders per day in Mexico.”

Ramirez added that the movement was also about changing the macho culture in Mexico.

“This is mainly a call for all guys to start changing their macho behaviour and comments, and how the way they treat women, but also to our president who's not doing anything at all about this murder,” she said.

“We want to make a difference for our sisters and the ones that are gone.”