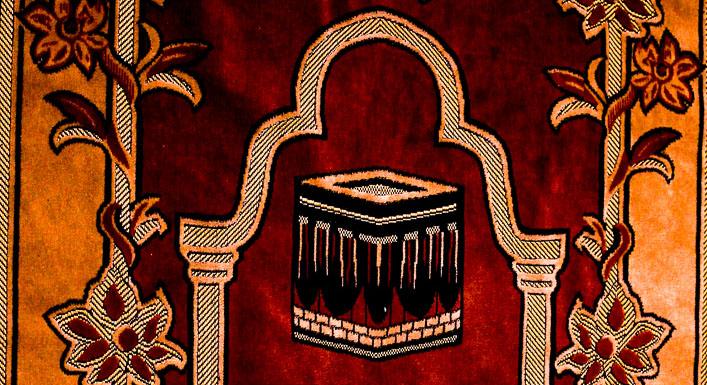 This year’s theme, “Radical Islamic Honesty,” is a play on the word’s many, sometimes-loaded meanings. File Alex Nguyen

The initiative is part of a national campaign led by the United Islam Awareness Week Organization that aims to inspire and foster united Islamic outreach and education for western Canadian universities and their communities.

This year’s theme, “Radical Islamic Honesty,” is a play on the word’s many, sometimes-loaded meanings.

“The Islamic community is neither right nor left leaning, but aspires to stand both morally upright and confident in its practice of, and adherence to, Islam,” reads the UIAW Organization’s website. “… Islamic honesty is radical and should be known as such. Radical in the sense that it is ‘cool,’ ‘amazing,’ ‘awesome’ and ‘able to positively challenge the status quo.’”

At UBC, the MSA hosted five lectures every evening from 6 to 8 p.m. in the Chemistry Building featuring journalists and professors from the United Kingdom and universities across Canada. The lectures aim to inform students on important issues related to Islam by being radically honest about Islamic Culture and History. The MSA also set up a booth in the Life Building to promote awareness.

For MSA Education Director Rabea Syeda, UIAW is about reversing negative portrayals of Islam in the media and popular culture.

“With our world leaders promoting Islamophobia, violent action toward Muslims is increasing, like the 2019 mosque shooting in New Zealand. Through United Islamic Awareness week, we want people to hear about Islam from people who follow the religion itself rather than the media.”

The week started off with a talk by speaker Abdullah al Andalusi called ‘Is Jihad Lit?’ According to his website, al Andalusi is an “international speaker, thinker and intellectual activist for Islam and Muslim affairs.”

In the talk, the MSA and al Andalusi delved into the conflict between Jihad’s true definition and its portrayal in mainstream media through a scholarly lens, addressing viewers questions and relating the subject back to broader global contexts.

“Often times stereotypical images rise when the word Jihad is brought up due to news networks’ lack of effort to disassociate the word [from] terrorism and war,” he said.

Looking at the statements made by terrorists following attacks, al Andalusi argued that terrorist act violently out of vendettas against foreign powers, not “from waking up one morning, reading the Quran and deciding to commit a crime.”

Instead, he defined Jihad as an activity practiced on a “daily basis by Muslims through their struggles with personal flaws and challenges.” Though a small minority of Muslims may use this struggle as a justification for violence, this should not be understood as the ‘one true interpretation’ of Islam.

“Just because an unjust act is related to an individual claiming a religion, does not reflect the religion,” said al Andalusi.

The lecture emphasized that there are an abundance of sources in scripture that reflect God’s wish for his followers to devote themselves voluntarily without compulsion.

According to al Andalusi, the Quran explicitly states that if God wanted to will everyone to believe in him, He would have. Instead He allowed diverse beliefs and rationales to persist together, so no one has the right to force their beliefs onto another.

As for the name of the event, MSA President Shaheer Muhammad was “wary” of the “backlash” it may stir, but they thought it was comedic and eye-catching enough to raise thought-provoking questions.

The second day of UIAW featured a lecture by prayer leader Dawud Walid on the Prophet Muhammad and how his teachings can be applied to contemporary Islamic faith as sacred activism.

The lecture, called “Yours Truly, Muhammad,” was given in a mixture of Arabic and English, with Arabic phrases translated for non-speakers in the audience.

“Islamic honesty is radical. We can actually positively challenge the status quo. You can look at posters across campus and think we are promoting ISIS, or you can come to our events and see what we’re talking about,” she said.

After a recitation of the Quran from another member of the MSA, Walid began the lecture by explaining the significance of the Prophet Muhammad in Islamic faith for non-Muslim members of the audience.

To Muslims, Walid explained, Muhammad is an important figure as the final prophet and a model of moral excellence. He is loved by Muslims more so than they love themselves or their family.

Moving onto the topic of sacred activism, Walid drew on stories of Muhammad’s deeds and sayings to illustrate how Muslims should act in the face of contemporary issues like Islamophobia and racism.

“We don’t return cursing with cursing. We return indecency with moral excellence,” he said.

Walid also discussed principles that Muslims should abide by in cooperating with others. He cited Hilf al-Fudul — an alliance created by Muhammad between Muslims and non-Muslims that promised collective justice — as evidence that Muslims could enter into agreements with non-Muslims when working towards the common good of society.

But he also said Muslims should not compromise their principles.

“The goal is not that everyone is happy with [us], but that we stick to our principles whether people like it or not. Our morality is not subject to public opinion polls,” said Walid.

He added that Muhammad was “very overtly” against racism, referencing his efforts to arrange interracial marriages involving Black Muslims during a time where Arabs still lived with old attitudes of racism and tribalism.

The lecture closed with a question and answer period.

One audience member asked for Walid to speak to the Islamic rule that a Muslim cannot marry someone from another religion.

In response, the prayer leader explained that it was a consideration of harmony in Islamic faith. Marriage for Muslims was not just between two individuals, but also between two families. Walid claimed that he saw confusion caused by the theological difference in interfaith marriages, but conceded that people are free to do what they want.

Another audience member asked how one could know whether Muhammad was the final prophet, and why it was necessary to have a final prophet for God in Islam.

Walid answered that some things in life are based on belief and cannot be empirically justified. As a Muslim, he believed in what the Quran recorded, as its story has been told consistently over thousands of years.

“God knows best,” said Walid, “At the end of the day, it’s a matter of conviction.”

For more on United Islam Awareness Week, check out The Ubyssey’s coverage of MSA's other lectures ‘Triple Threat’ and ‘Quran Burning Doubt.’