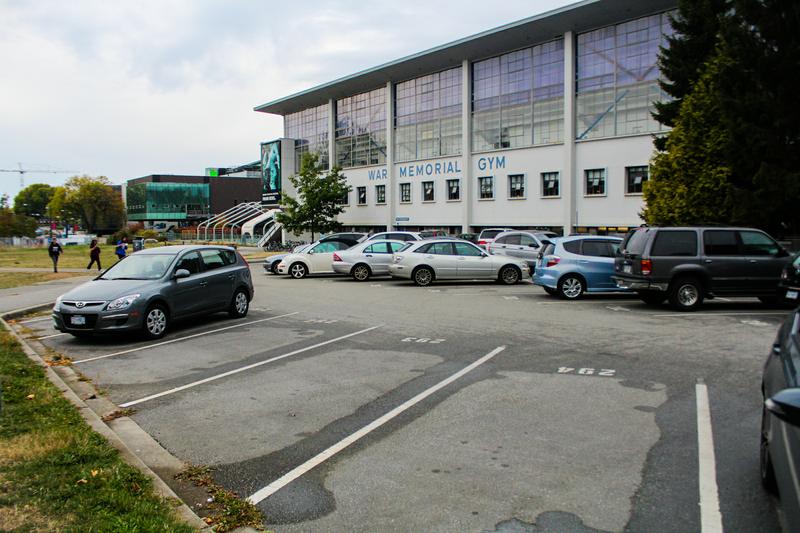 This morning, pro-Nazi posters were found on all entrances of the War Memorial Gym by attendees of UBC’s Remembrance Day ceremony. Campus Security has since taken down the posters and is now working on a report of the incident.

“It was about 9 a.m. and I saw the posters and then we walked past and there were more of them and we went and checked them out,” said Chloe Rickard, a second-year arts student. “There were lots of swastikas, websites which were like ropeculture.com.”

Since the end of WWI, Remembrance Day has been in place to commemorate the service of armed forces members and veterans from countries within the Commonwealth like Canada. At UBC, the community has held annual Remembrance Day ceremonies on November 11 at the War Memorial Gym since 1951.

While referencing “lest we forget” — a common saying of Remembrance Day — one poster twisted this message by depicting Nazi troops as “the true heroes of WW2.” 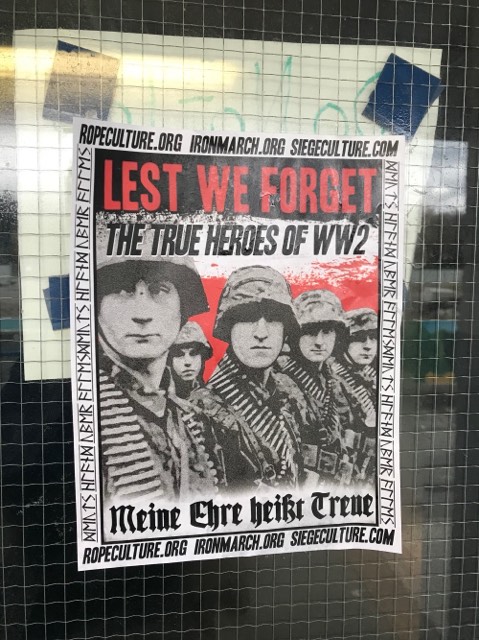 A poster found on an entrance of War Memorial Gym. Chloe Rickard

Another poster highlights the ideology of Nazism in general.

“The posters that were discovered at War Memorial Gym this morning are disturbing and of serious concern, particularly on a day when we collectively honour and remember all those who served in times of war, military conflict and peace,” said VP External Relations Philip Steenkamp in an issued statement.

“I would like to reaffirm UBC’s shared commitment to build respectful environments that reflect our core values of equity and inclusivity.”

This is not the first time this week that pro-Nazi message has been found on campus.

On Thursday, a swastika and the words “Heil Hitler” were found at the Forestry Sciences Centre (FSC). The RCMP and Campus Security are currently investigating the incident, and while no leads have been found, they have stated that more patrol will be given to the area.

A similar incident at the FSC was also reported at the beginning of November.

In response to these incidents, UBC and the Forestry Undergraduate Society have both condemned the message and called for students’ support in finding witnesses.

“UBC takes incidents of hate and racism very seriously,” said Steenkamp in the same statement. “Anyone with information about these posters is asked to call police or Campus Security.” 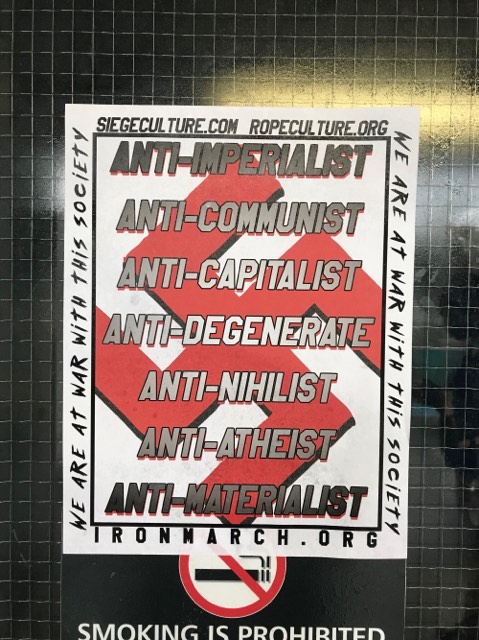 A poster found on an entrance of War Memorial Gym. Chloe Rickard

— with files from Danielle Olusanya

This article has been updated to include UBC’s statement.