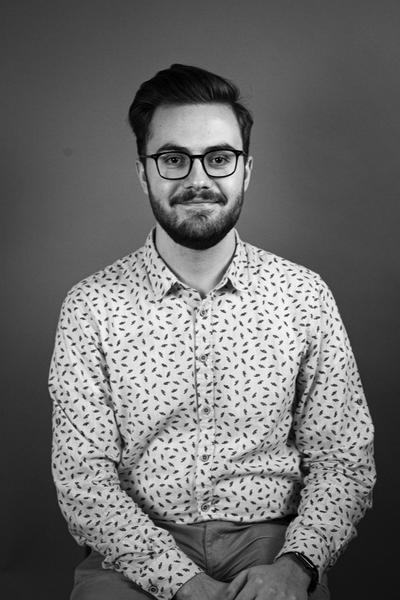 “It's really important to recognize that if we're going to decolonize our systems, that includes our academic systems and our academic way of governance.” Elizabeth Wang

With three years of service as a senator-at-large and two years as VP Academic and University Affairs, fourth-year arts student Max Holmes is running once more for a seat on the Senate.

Based on a platform of transparent and accessible governance; “compassionate” academic policies; equity, diversity and inclusion; reconciliation with Indigenous peoples and student career and research opportunities, Holmes is no stranger to student politics. This year he is also running for his second term as a student representative on the Board of Governors and hopes to spearhead collaboration between the two bodies.

“As somebody who's been at the Senate for three years, I know our governance structures quite well,” said Holmes to The Ubyssey. In debates and campaign materials, he claims to have spent over 5,000 hours “advocating for students.”

He said his main motivator this year is “unfinished business.”

Throughout his three-year tenure as a student senator, Holmes succeeded in implementing a price cap for rent on student housing, securing $1 million in funding for undergraduate research, fighting for UBC to formally declare a climate emergency, providing additional work-learn positions for students and many more.

He was also heavily involved in fighting for an external review of Senate governance as well as for a fall reading break. While he hasn’t yet succeeded in finalizing a fall reading break, the process is now in the final throes of student consultations.

“I really hope to be able to work on all this unfinished business, to work on the Inclusion Action Plan, on the Indigenous Strategic Plan, making sure we're adopting those actions. Really taking a hard look at our governance structures,” he said.

With the Senate stepping into a new triennium, Holmes wants to continue pushing for an external Senate governance review and improving transparency into its operations.

“The Senate hasn't had a hard look at its governance and its practices in almost 15-plus years now. We're in a completely different, not only academic environment, but world environment right now,” said Holmes.

“… We are going to have to talk about our government systems, talk about the fact that many senators have no training or education on the Truth and Reconciliation Commission’s calls to action, on UNDRIP [United Nations Declaration on the Rights of Indigenous Peoples], on so many other issues,” he continued.

One of Holmes’s main priorities is the adoption of the vision and mission of the Indigenous Strategic Plan, which is currently undergoing its final phase of consultation.

“It's really important to recognize that if we're going to decolonize our systems, that includes our academic systems and our academic way of governance,” he said.

He also wants to continue advocating for “compassionate” academic policies, whether it be extending the course withdrawal deadline, expanding the academic concessions policy, drafting a policy to accommodate students’ religious observances and “so much more.”

“Some of the things I really want to continue to work on is that course withdrawal deadline extension. I've already gotten the academic policy committee to agree that we should go from six weeks to eight weeks,” he said.

“I think [experience] is going to be really important going into this new triennium, that we do have that experienced leadership … so we can really set ourselves up for success.”