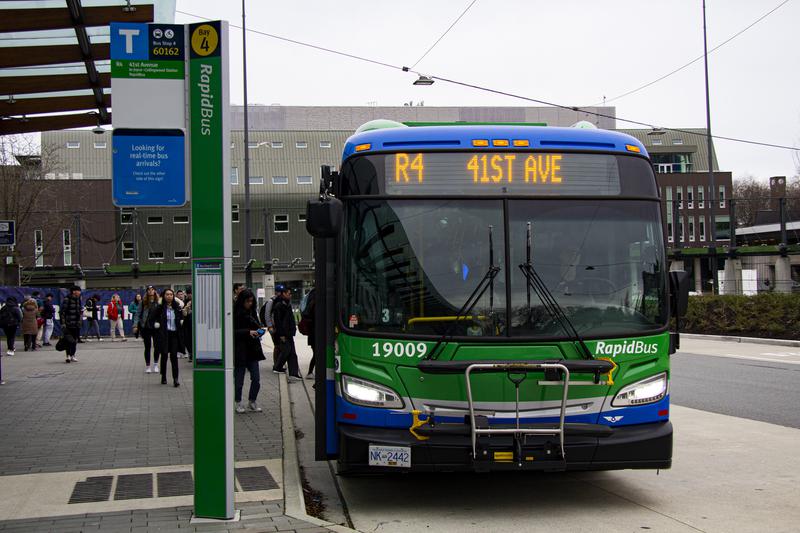 TransLink launched the RapidBus routes on January 6 which serve Surrey, Coquitlam and both SFU and UBC campuses. UBC students can now take the R4, which travels along 41st Avenue between Joyce-Collingwood station and UBC — effectively replacing the old 43 route.

“RapidBus is a crucial part of improving the region’s bus service through the Mayors’ Vision,” said TransLink CEO Kevin Desmond in a press release. “These RapidBus routes will benefit eight communities and bring our customers a more reliable bus service that they deserve.” 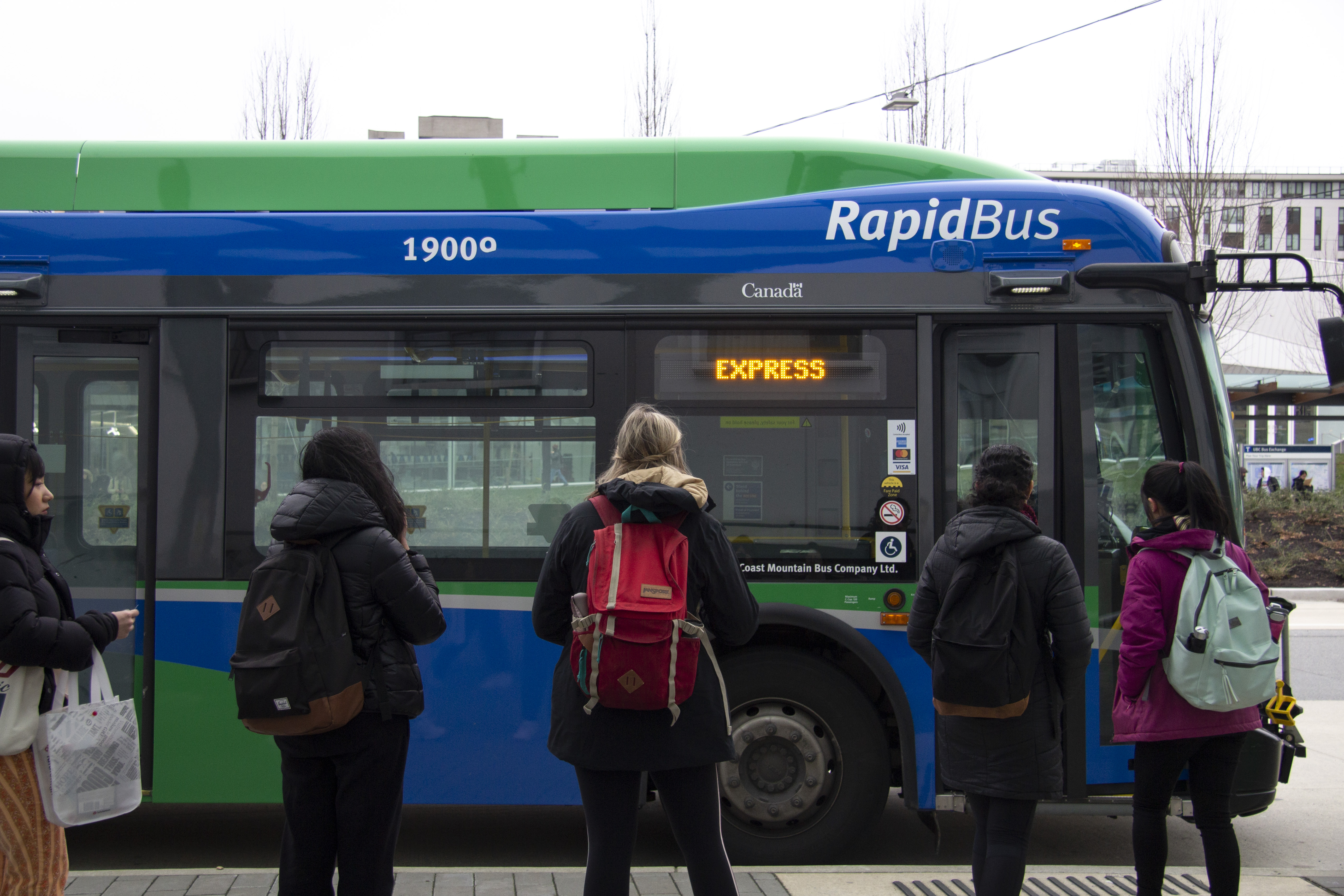 Commuters line up for the R4 at the UBC Bus Loop. Elizabeth Wang

Second-year biochemistry student Rayyan Saiyed said the R4 has simplified his commute from Surrey. He previously took the 99, but he enjoys being able to transfer to a bus at Joyce-Collingwood instead of Commercial-Broadway.

“It’s much more convenient because for me, I don’t have to go all the way to Commercial,” he said.

Annabelle Wang, a second-year economics and computer science student, has also started taking the R4. This semester, she began transferring from the Canada Line to the R4 at Oakridge-41st station rather than switching to the 49 at Langara-49th station.

She said that the new bus is fast in the early morning, but less so during peak periods. For capacity, she said it’s unlikely to get a seat unless you board near the first stop.

“The problem I had one morning was that I stood in the rain … and I waited around 10–12 minutes for it,” said Wang. TransLink promises RapidBus arrivals every 10 minutes or better during peak times and at least every 15 minutes otherwise.

Along with the RapidBus fleet carrying new green livery, TransLink has added digital bus stop signs that list upcoming arrival times. While both Saiyed and Wang appreciate this, they both wish for another aesthetic improvement: painted lines that mark where passengers should line up.

“Everybody’s like, ‘I want a seat so I want to be where the doors open.’ So if [TransLink draws] little lines or something, it’s probably easier,” Wang said. “It’s not hard. It’s just paint.”