A lot of the proposed changes in the omnibus can be boiled down to house-keeping. Alex Vanderput

Every year during elections season, students have the opportunity to vote on certain issues pertaining to the AMS and campus through referendum.  This year’s referendum consists of two proposals from the AMS Council: an omnibus bill of proposed AMS Bylaw changes and the creation of an Indigenous seat on the Council.

In order for a referendum question to reach quorum, it must obtain a two-thirds majority of votes in its favour. This can be difficult to achieve, largely due to a lack of votes. Doubly so for this year’s referenda given that it’s not a U-Pass renewal year, which has historically drawn large voter turnout.

We’ve provided an in-depth explainer for this year's referendum questions, and why they deserve more than just a passing glance.

“Do you support and approve amending the AMS Bylaws in accordance with the changes presented in the document entitled Proposed Changes to AMS Bylaws?”

A lot of the proposed changes can be boiled down to house-keeping — extending the date for subsidiary budgets, adjusting general meetings in accordance with the new Societies Act, fixing typos and more. However there are a few we’ve singled out —  such as the abolition of Student Court and the increased confidentiality of AMS records — as ones that deserve more analysis.

Student Court is abolished. The Court’s power to review referendum questions will be transferred to Student Council.

The AMS has been trying to get rid of Student Court for years. The Court is a judicial body established in the 1970s which, through their interpretation of AMS Code and Bylaws, mediated disputes within the AMS, but it has been dormant for over a decade.

According to AMS President Chris Hakim, Student Court is “an old, dysfunctioning body that takes up student money.”

In addition to this, Hakim cited the AMS’s various working bodies, such as the Operations Committee and Human Resources Department, that handle the same tasks as Student Court at significantly lower expenses.

“So there's no longer a need for Student Court when there are bodies within the AMS that already deal with corrective action cases much better than student court does, and without the same cost,” said Hakim.

Membership period: Students will continue to be members of the AMS after Christmas even if they complete their studies by Christmas.

This change seeks to close a loophole within the bylaw’s membership section.

According to Hakim, maintaining AMS membership and access to its services for the full school year is conditional on enrolment for Term 2.

“[Say] you don't want to take your second semester because of, potentially, affordability, cost of tuition … Technically you're not an AMS member anymore, despite having paid that fee earlier in September which is supposed to guarantee you a year-long membership within the AMS.”

By changing the membership period, students who have already paid their fees in September will be able to maintain membership regardless of the status as a student in the second semester so that they use AMS services like the Health + Dental plan, Food Bank, SASC and more.

Referendum questions will have to meet several new requirements:

They will have to be clear and unambiguous.

They may not include any materially untrue statements.

They may not call for actions that would be illegal.

If they would result in actions that would violate a contract, they must state that and also state what the penalty will be for violating the contract.

Because referenda questions are legally binding and can set fees to tuition, the AMS seeks to prevent potential questions that could mislead students put them in a legally precarious situation.

“It’s important for students to know that when they're looking at a referendum question on the ballot, they know exactly what the question is asking them,” said Hakim. 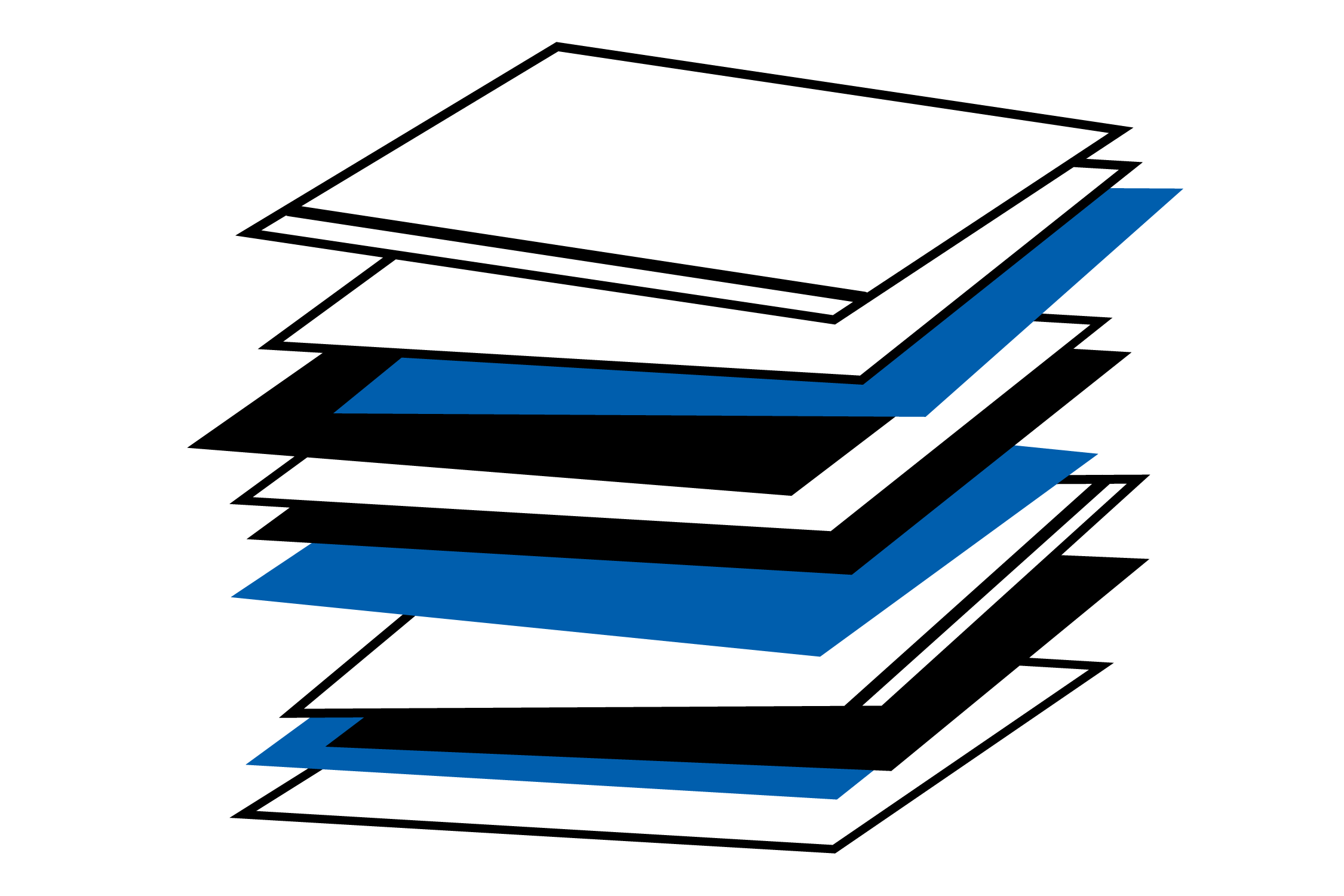 “So a lot of these records, for example, are items that we try as much as possible to keep confidential.” Alex Vanderput

Records: Council will have the power to create a policy to designate as confidential certain records whose disclosure would be harmful to the AMS, third parties, ongoing investigations, solicitor-client privilege, or the secrecy of in camera discussions.

By granting Council the power to designate certain records as confidential, the AMS is able to cover its bases and “avoid a lengthy and costly lawsuit at the end of the day,” explained Hakim.

“So a lot of these records, for example, are items that we try as much as possible to keep confidential,” said Hakim, citing the recently established sexual violence policy.

“We believe that our stance in terms of certain confidential records needing to be designated as private, such as ongoing investigations, is critical to ensuring that not only are involved students within an investigation protected … [but] that where the money could have been reprioritized ties back to students’ priorities.”

Though concerns over transparency and the bylaw’s vague wording were raised by some councillors when they were initially presented this year, as well as in last year’s referendum guide, Hakim assured that should it reach quorum, the AMS is committed to creating a policy informed by community, consultations and best practices.

Executive Vacancies: Council will be able to fill these temporarily with any AMS member, not just Council members.

According to Hakim, in the event of an executive vacancy, an interim position is available to only members of the board.

“Only members of the board are allowed to fill that seat [not the] general student population, despite the fact that elections for these same executive positions are allowed to be filled by any student.”

Overall, the amount of housekeeping in this year’s proposals is enough to qualify as its own version of spring cleaning.

“If there's one thing that students should know coming out of these bylaw changes, it’s that the AMS is trying to make sure that our structure is reflecting what student priorities look like today in 2020,” said Hakim.

“Do you support and approve the creation of an Indigenous student seat on AMS Council by amending the AMS Bylaws in accordance with the changes presented in the document entitled AMS Bylaw Revisions 2020: Indigenous Seat on Council?”

The AMS and the Indigenous Committee are proposing the addition of an Indigenous seat on the Student Council to ensure an Indigenous vote in the Council’s decision-making process.

Advocates for the seat argue that it would bring Indigenous knowledge to the forefront of decision-making within the community and assure incoming Indigenous students that their presence matters on campus.

“I know that for there to be a seat in the Council, and to actually have a voting seat, it would make a lot of difference in the relations between the AMS and the Indigenous Committee,” said Indigenous Committee Co-President Kenzie Littlelight in an interview with The Ubyssey.

“Not just the Committee, but Indigenous students, just to know that there’s someone on council that represents them.”

The AMS and the Indigenous Committee are currently working together to determine the best course of action regarding appointments and the election structure for the seat, which would be filled in accordance with the procedures set out in the Committee’s code.

“For the seat, we left it deliberately open-ended because we understood that there is an ever-evolving structure when it comes to Indigenous self-determination,” said Hakim.

Yet 2020 doesn’t mark the first time an Indigenous seat has been proposed during AMS Elections. The 2005 AMS Referendum included a motion to add a voting seat on Student Council for Indigenous students. The 2005 referendum question did not pass as it failed to meet quorum.

Since then, the quorum requirement has been reduced from a three-fourths to a two-thirds majority in favour of a motion. Rodney Little Mustache, member of the Piikani Nation of the Niitsitapi Confederacy and mature Gender, Race, Sexuality and Social Justice student, has been key in advocating for an Indigenous seat on Council leading up to its most recent proposal from the Indigenous Committee and the AMS.

Hakim has stated that the AMS has committed funds to raise student awareness of the referendum. Littlelight and other Co-President Verukah Poirier are confident that with the backing of the more established Indigenous Committee and the networks for Indigenous communities across campus including the Longhouse and the Indigenous Collegium, the referendum will be able to pass this election cycle.

“I think with what’s going on with other nations in the province and our solidarity with that, if UBC and the AMS and the UBC community as a whole can stand behind these motions and these acts of solidarity, but they can’t come through and ensure that Indigenous peoples have a seat here on this governing table, it goes to show a bit of hypocrisy,” said Poirier.

“We see that being a narrative that people want to act on reconciliation, but they say all this lip-service and don’t really act behind it. I think this is UBC as a community’s opportunity … to act.”