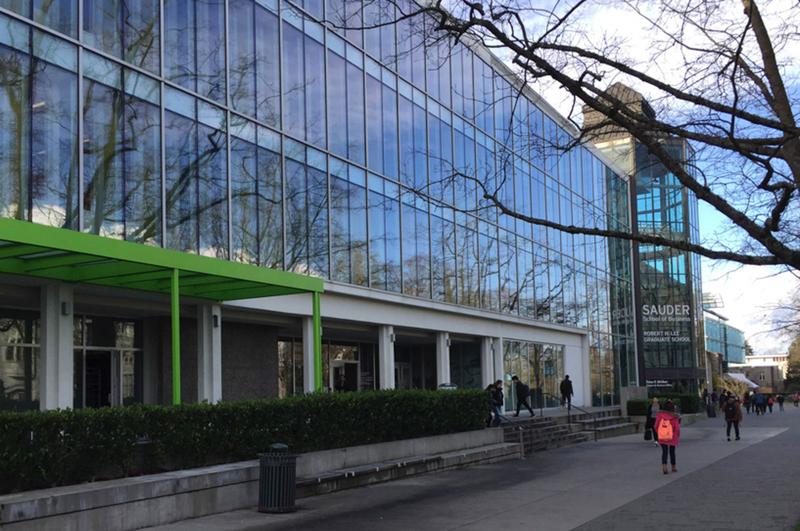 Sauder tweeted back, saying the ad placement was unintentional and they would contact their marketing agency to remove the ads from Breitbart’s site. File Jeremy Johnson-Silvers

The UBC Sauder School of Business said it will pull its advertisement from the far-right online publication Breitbart.

Eckmage included a photo of the ad alongside screenshots of some of Breitbart’s more inflammatory headlines.

The school tweeted back, saying the ad placement was unintentional and that they would contact their marketing agency to remove the ads from Breitbart’s site.

“Thank you for bringing this to our attention,” reads Sauder’s tweet. “We’ve adjusted this campaign and are working with our agency to ensure our ads should no longer appear on this site.”

Eckmage’s Twitter page is full of similar call-outs to other organizations and companies. His Twitter bio and tweets indicate that he works on behalf of Sleeping Giants (@slpng_giants), a social media activist campaign that informs groups when their advertising appears on far-right websites and urges them to take it down.

This isn’t the first time UBC advertisements have appeared on Breitbart’s website. In 2017, UBC Athletics also pulled an ad for the Aquatic Centre after the placement was alerted in a tweet at the university.

UBC said the Breitbart ads were placed there by mistake by the UBC Athletic department’s advertising agency. The issue stems from the practice known as programmatic advertising, a technique that enables companies to purchase targeted ads in real time.

Similarly in 2018, UBC ads were seen on the Canadian far-right site The Rebel and later removed after a Sleeping Giants tweet.