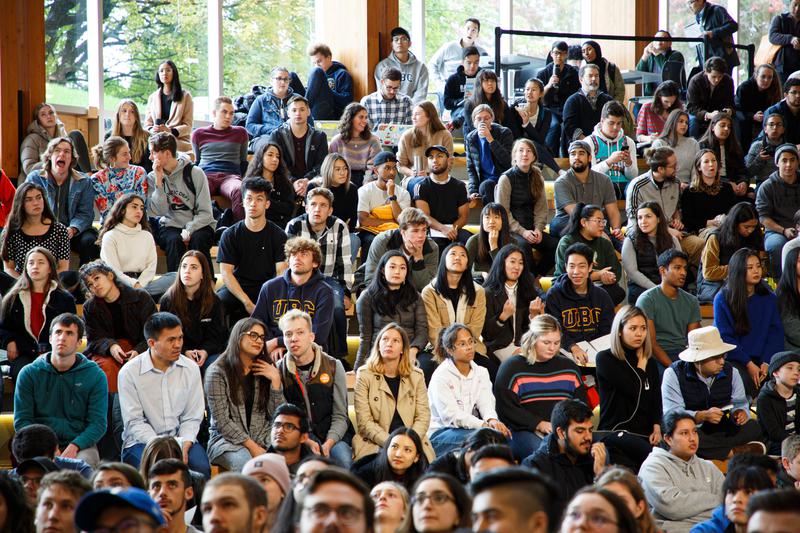 “[Students] care about voting, they care about this federal election, they want to be represented by these parties and they want to see them talk about the issues that matter the most.” Courtesy Terrance Tang/AMS

On Monday, the six leaders of Canada’s main political parties faced off in an all-candidate debate that many students thought as having too many arguments and attacks.

The AMS hosted a viewing party for the debate in the Lower Atrium of the Nest where students filled rows of seats to watch party leaders debated. Attendees at the Nest got to see themselves on national television as footage of the crowd was broadcast for live reactions by the Canadian Debate Production Partnership.

“It’s really exciting how many students came out to this, I think it really shows that more than ever students are engaged,” said AMS VP External Cristina Ilnitchi, who has been leading the UBC Votes 2019 campaign under her portfolio.

“[Students] care about voting, they care about this federal election, they want to be represented by these parties and they want to see them talk about the issues that matter the most.”

But Ilnitchi and other students were frustrated when an audience question was broadcast from UBC for the national leaders to answer but didn’t come from a student or involve student issues.

“A question was filmed for the national leader debate at UBC at an event run by the AMS and the Federal Debate Commission set up a question that wasn’t by a student or a young person and wasn’t centered on young people 🙃ok,” she tweeted.

The debate featured Justin Trudeau from the Liberals, Andrew Scheer from the Conservatives, the NDP’s Jagmeet Singh, Green Party’s Elizabeth May, Maxime Bernier from the People’s Party of Canada and Yves-François Blanchet from the Bloc Québécois.

Students were quick to express their sentiments on what each leader said, such as the laughter that ensued when Scheer made a blackface joke at Trudeau’s expense or the audible expressions of discontent when Bernier defended his proposed immigration policies. There were also cheering and applause when May acknowledged UBC and the Musqueam and Coast Salish Tsleil-Waututh land on which it sits, but it should be noted that UBC is strictly on the traditional, ancestral and unceded territory of the Musqueam.

The leaders touched on issues including the climate crisis, the economy, Canadian leadership and reconciliation with Indigenous people, among others. But as the debate went on, students were quick to notice that the leaders would often fail to directly address the point and instead chose to attack each other.

“[The candidates] talked on a lot of issues, but [they’re] mainly just skirting around them and then throwing mean or disrespectful comments towards the other leaders,” said UBC student Isabella Hartman.

Another student Daryl-Lee Schalm said that she was “disappointed in a lot of the answers and they’re going in circles.”

Some students like Michaela Basciano, however, acknowledged that despite all the arguing, there were times when the candidates managed to focus.

“There’s a lot more arguing over certain topics than there are actual concise points, but some of [the candidates] are bringing in really good points worth considering while voting,” she said.

Other students said that the heated exchanges between the candidates allowed them to evaluate what each candidate is really like.

“I think the debate’s been heating up. It’s come to a point where people are going on each other’s defenses [and] getting really fruitful stances on where each political person is,” said UBC student Mahak Dugar. 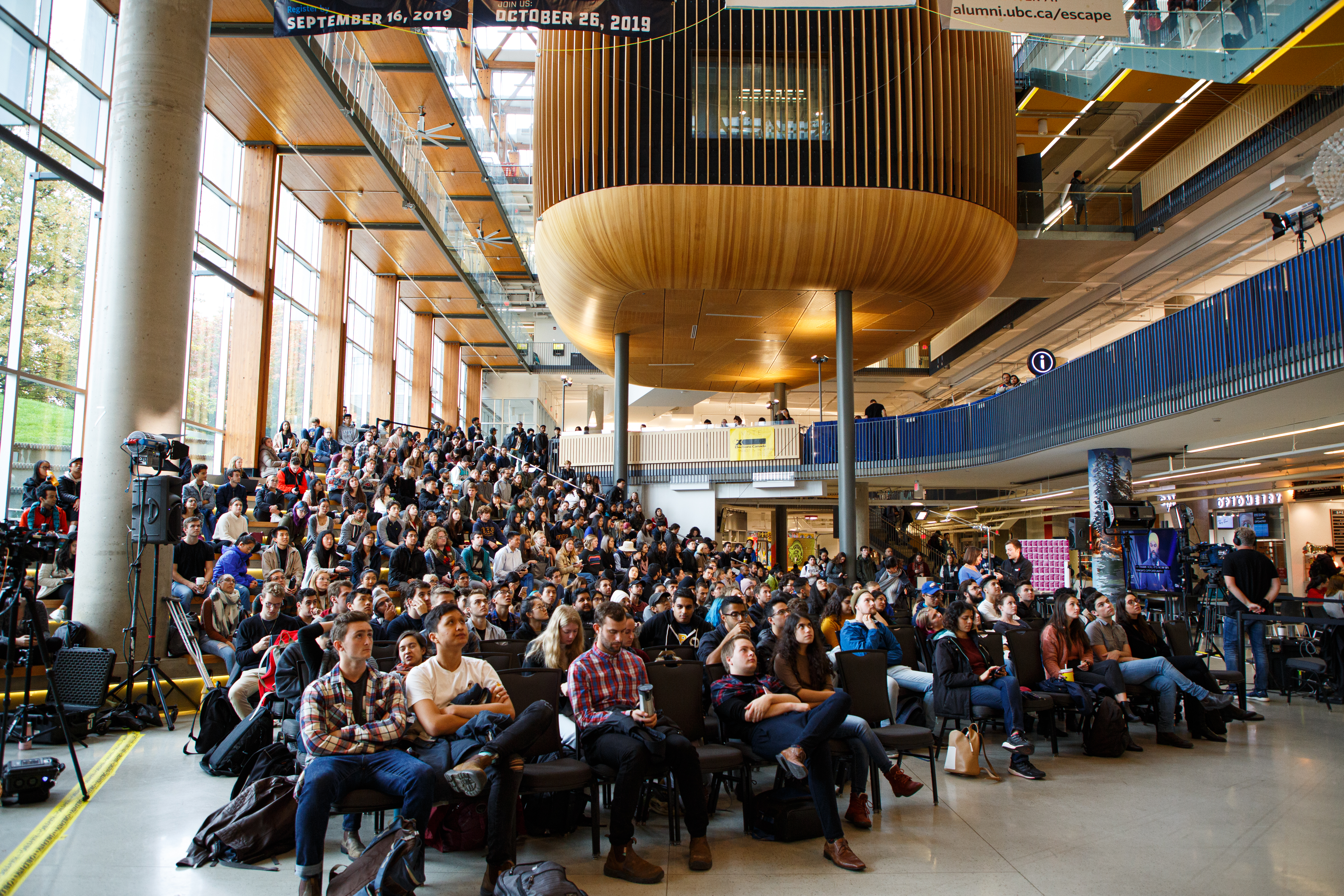 The biggest issues on students’ minds were the climate crisis, Indigenous rights as well as economic and social inequality. Courtesy Terrance Tang/AMS

As the candidates debated various topics from leadership to polarization, the biggest issues on students’ minds were the climate crisis, Indigenous rights as well as economic and social inequality.

“I found it to be rather frustrating because I don’t see any candidate taking those issues as seriously as they need to,” said UBC student George Radner. “I’m very disheartened by Trudeau’s lack of consistency on climate action and how he has not done enough to stand up for Indigenous rights and to move towards reconciliation and honour the UN Declaration [on the Rights of Indigenous Peoples.”

Danielle Rosenberg also added that the climate crisis was a major topic of importance for students.

“Climate change is the biggest issue that I can think of right now… and I think that’s on the forefront of a lot of students’ minds,” she said.

Ilnitchi believes the high turnout at the Nest sends a strong message to the parties that students care and their votes matter.

“Young Canadians are the single largest voting bloc in Canada, and this year if we turn out to vote, politicians can’t ignore us anymore,” she said.

“They have to respond to the issues that matter most to students. They have to make them part of their platform.”