IT systems fail while students register for courses 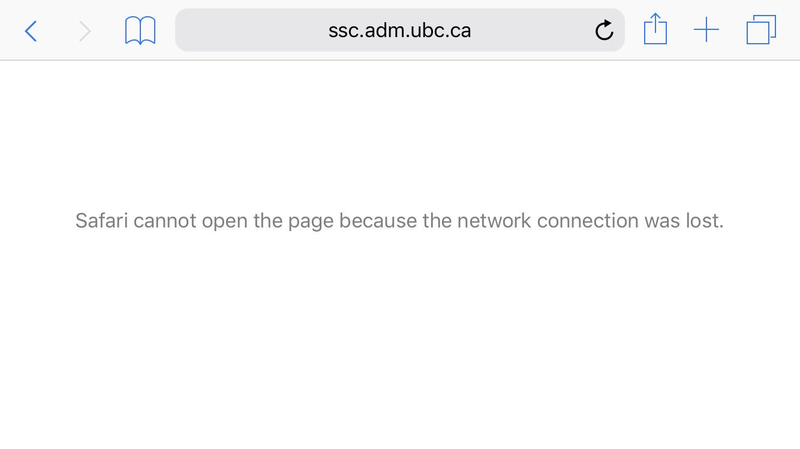 The outage to the SSC was especially disruptive for students with registration times slated throughout the day. Michelle Huang

Many students’ course registrations were disrupted on Tuesday when UBC’s IT systems experienced a sudden outage.

UBC IT posted a bulletin first identifying the outage at 10:45 a.m., just as students were logging in for their 10:50 registration time.

In a statement to The Ubyssey, UBC IT said their staff was able to find the source of the outage and worked to resolve the issue immediately, but they did not confirm what the source was.

“UBC IT is working with its vendors to understand the root cause of the outage, and preventative measures moving forward,” reads the statement.

Except for a few services that needed to be confirmed by users, the system was eventually restored at 3:30 p.m. 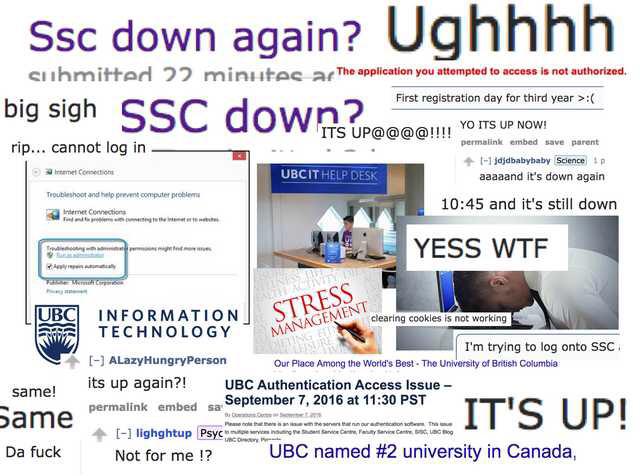 The outage to the SSC was especially disruptive for students with registration times slated throughout the day.

“I will not be surprised or disappointed when I come home from work at 8PM tonight, and pick through the rejected STTs + early-morning courses I hoped I wouldn't have to be stuck with,” added ReallyGoodMeme.

The outage was also problematic for students on campus who needed to use UBC wifi and other services like Canvas for coursework.

“1 day before an exam where all the prep is on canvas. Yikes,” wrote HelpfulHelicopter.

Once the website was back up, users celebrated with an all-caps thread.

“THE SYSTEM'S BACK, FOLKS! BIG SHOUT OUT TO ALL THE HARD WORKING PEOPLE OF UBC IT… R'AMEN,” wrote Justausername1234.

“R'AMEN,” agreed umbrellabear88, “NOW I CAN GO BACK TO MAKING WORKLISTS AS MY FORM OF PROCRASTINATION.”

All students who missed their registration time because of the outage will have their times rescheduled through the SSC.