‘Unrealistic expectation’: UBC swamped with more access to information requests than any other Canadian university 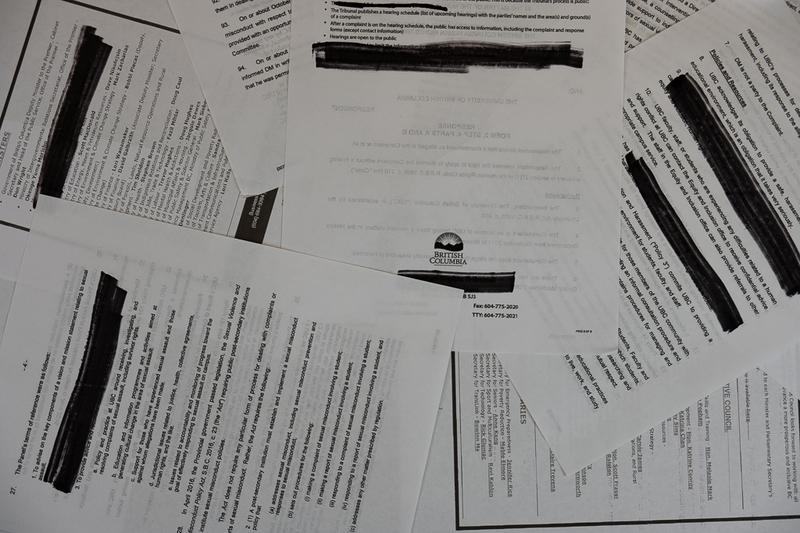 If you want public documents from UBC, you'd better get in line.

UBC is receiving the highest number of freedom of information (FOI) requests to any Canadian university by far, causing the university’s response time to rise well beyond the typical legal limit.

In 2017, UBC received 395 requests under BC’s Freedom of Information and Protection of Privacy Act (FIPPA), an increase of 20 per cent since 2016. That’s more than three times as many requests received by the University of Toronto, the country’s largest university in terms of students and research funding.

“I think they’re really slowing down,” said Joey Hansen, executive director of the Association of Administrative and Professional Staff (AAPS). As the largest employee group at UBC with 4,500 members, AAPS often makes FOI requests on its members’ behalf.

According to Hansen, his office recently waited one year to receive a routine request from UBC for an AAPS member’s personal records. UBC attributed this delay to its backlog, which it says is about 160 files.

Under FIPPA, information requests have to be returned within 30 working days and institutions can expand that to 60 when necessary. But in 2017, UBC’s average file time was 134 days, and in 2018, 151 days. In 2015, as requests related to former UBC President Arvind Gupta’s abrupt resignation flooded the office, the average time for a file to be completed was only around 40 days.

Efforts to increase the office’s capacity have been unable to meet the growing demand.

“We have tripled the number of staff who process FOI requests since 2013,” said the university's Information and Privacy Counsel Paul Hancock in a statement to The Ubyssey. “Unfortunately, in the same period, the number of pages of records being processed through FOI requests has almost quadrupled.”

Hansen said that’s not a valid excuse for the rising delay times.

“They can’t rely on the fact that the office is busy … the law is strict … they have to have a reason other than workload for the delay,” said Hansen.

FOI requests are commonly used by journalists to find sensitive information or data that institutions aren’t directly disclosing. But while The Ubyssey was the most common media requester in 2017, media represents a relatively small percentage of requests received by the office.

The only month where media was the largest respective category was August 2015, when Gupta abruptly resigned.

Hancock said the growth in the number of requests from private individuals likely represents a growing understanding of privacy law.

“This probably reflects broad societal shifts, including greater understanding of access rights, lower deference to authority, and higher expectations for public body performance — all of which are positive developments,” he wrote.

He added that the office has been further bogged-down by a number of “poorly worded” requests that consume the office’s time.

“We try our best to help requesters to narrow requests in an efficient way, but some of them refuse to do so, [so in] many cases, these requesters have an unrealistic expectation of our records management systems,” Hancock wrote.

“The reality is that we are a huge institution, with 16,000 faculty and staff, each of whose records need to be searched separately ... Our FOI staff are extraordinarily good at locating records, but even they have their limits.”

UBC isn’t the only Canadian university seeing a rise in FOI requests, but it is by far the most extreme.

The University of Toronto received 108 requests in 2017 — more than 200 per cent more than the previous year. The university declined to comment on why the number of requests had expanded. However, the lower number in comparison to UBC could be related to the $5 fee for filing an FOI request in Ontario, whereas it is generally free in BC.

McGill University, the country’s second-largest school, received 160 requests over the course of 2017 as news of mishandled sexual assaults began to surface in the mainstream press. But all its numbers still pale in comparison to UBC.

In 2017, Alberta’s Office of the Information Privacy Commissioner (OIPC) ruled that the University of Alberta had failed to make every reasonable effort to respond to an information request within the lawful time allowed, which is the same 30 days as in BC. The university had been granted a 75-day extension by the OIPC, which it also violated.

In reply to the commissioner’s decision, the University of Alberta said it was experiencing a “significant increase” in volume and complexity of information requests. Despite hiring more staff, the university “continues to struggle to meet the statutory timelines in the Act,” stated the university.

BC’s OIPC reported that UBC was the seventh-most complained about public institution in 2017 – beating the Vancouver Police Department and the City of White Rock by narrow margins.

It’s also the first time in the OIPC’s history that an educational institution has made its annual top 10 list.

Hancock responded that the OIPC’s ranking doesn’t take into account the complexity of the organization, adding that “UBC’s position is almost always upheld” in OIPC cases.

“[It] confirms that we are applying the FIPPA in an appropriate manner,” he wrote.

This article has been updated to include Paul Hancock's full title.