How UBC's program with North Korea could open diplomatic doors 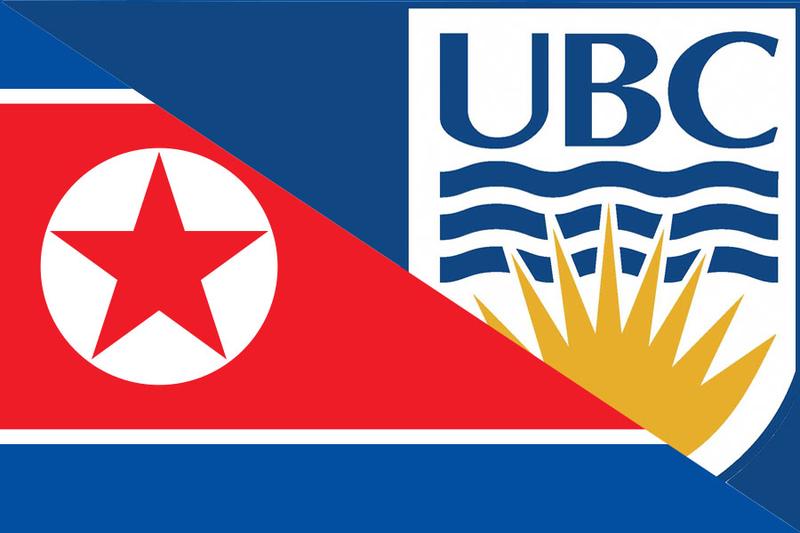 Park said the apolitical nature of the the program is what allowed it to continue for eight years despite changing — and often worsening — relations between Canada and North Korea. Elizabeth Wang

It’s one of the few academic programs in North America with the dictatorship, and its directors hope it can become a tool for better understanding the isolated power — and potentially even a way to expand diplomatic relations with North Korea.

Every year, four to six professors from North Korean universities study at the Sauder School of Business or the Faculty of Forestry for six months as part of the university’s Knowledge Partnership Program (KPP).

Candidate professors are recommended after undergoing a series of reviews by their respective universities, including a review for their English language capabilities. They are also interviewed in-person by UBC Professor and KPP Director Dr. Kyung-Ae Park, who founded the program and has travelled to North Korea on occasion to oversee its development.

Paul Evans, a KPP co-founder and director emeritus of UBC’s Institute of Asian Research, believes that a North Korean interest in international business could propel the program forward.

“[For] all the time I’ve been working with them since 1989, [the North Koreans] have been interested in economic development,” said Evans.

“They’ve been interested in capitalist market-based societies — how we do things — not from a perspective of how they can change to be like us, but how they can learn to live with us and have profitable relations.”

Park said the apolitical nature of the the program is what has allowed it to continue for eight years despite changing — and often worsening — relations between Canada and North Korea.

“During the last eight years, North Korea has [conducted] nuclear tests four times, but this has not affected our programme,” said Park.

The program is completely self-funded. According to both Park and Evans, the only part of the KPP the government oversees is issuing visas to the North Korean professors.

Park said that they have not faced any complications with visas since the program began and that the federal government recognizes the KPP as a tool for moderating tensions between the countries.

Although the exchange of academic knowledge is the main purpose of the KPP, it can also be seen as a potential channel for two-track diplomacy between the hermit kingdom and the outside world.

“Most people do not know about North Korea, and it’s important to understand each other,” said Park. “The KPP has been serving as a powerful confidence-building tool between Canada and North Korea.”

Dr. Steven Lee, a history professor specializing in US-Korea relations, said the political climate between Canada and North Korea has worsened in the past decade of the country’s due to the nuclear tests conducted by North Korea.

“In the aftermath of successive nuclear tests [by North Korea] in 2010, the Canadian government suspended its diplomatic ties with North Korea and adopted a policy of what it called controlled engagement,” said Lee. “So that meant there was very little, as far as I know, direct engagement between North Korea and Canada after the fall of 2010."

But Evans explained that the KPP is one of the only two existing academic channels of communication between North Korea and Canada, the other being a teacher-training program led by Trinity Western University.

“These are the kind of projects that can be ramped up if, when the time is right, we start putting in a development assistance program in North Korea,” said Evans. “The contacts that have been made through [the KPP], the 30 or 40 people that have gone through it, they will be people who would be natural interlocutors in that process later.”

Park has gathered a substantial amount of support for bringing North Korean students to UBC, but said funding has been a major issue because of renewed tensions with the isolated dictatorship.

According to Evans, changes in the political environment can heavily influence the success and expansion of the program.

“If there can be an accommodation reached on the nuclear and the missile questions … then we’re going to be looking at how we’re going to expand activities with North Korea and that could take the form of the expansion of programs like the KPP,” said Evans.

But ultimately, the expansion — or continuation — of the program comes down to the nuclear question.

“[The government] feels that they should not make any significant changes in Canadian policy until basically the North Koreans and Americans have come to an agreement about the nuclear weapons issue,” said Lee.