‘A nest of bureaucracy’: UBC to review sexual assault policy in September 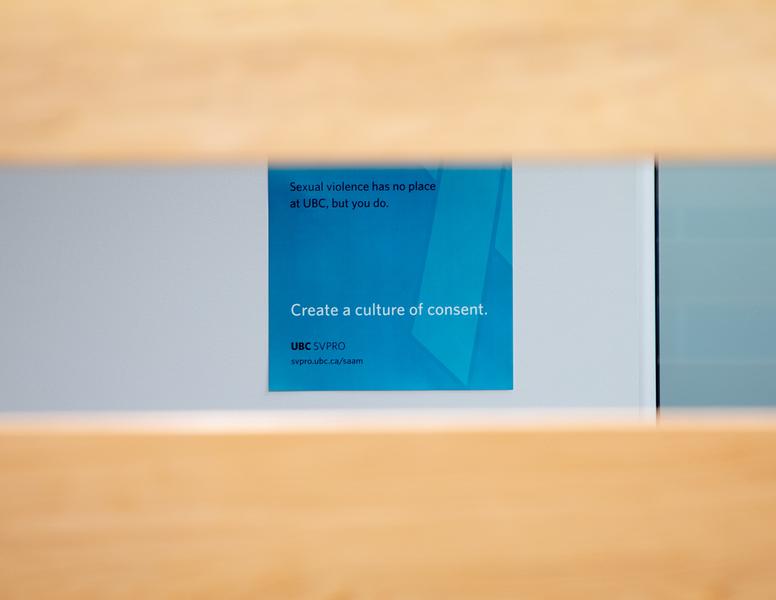 Since the policy’s adoption, the university has engaged in ongoing consultations to supplement its implementation. File Zubair Hirji

Amidst last-minute changes to its membership, UBC’s review committee for the university’s standalone sexual assault policy (Policy 131) will start working in September 2019.

Policy 131 was implemented in 2017, creating the Sexual Violence Prevention and Response Office (SVPRO) and Independent Investigations Office (IIO). The review is in compliance with BC Bill 23: Sexual Violence and Misconduct Policy Act, which mandates all postsecondary sexual assault policies be updated every three years.

But since the policy came into place, it has been scrutinized for gaps in its writing and implementation, which the review committee hopes to address in the first iteration of the policy review.

The review committee will consider feedback from campus groups and an implementation update presented to the Board of Governors (BoG) in June.

Since the policy’s adoption, the university has engaged in ongoing consultations to supplement its implementation. According to VP Students Ainsley Carry, the university has also been working to raise sexual assault awareness, expand their support services and and develop partnerships.

During the summer of 2018, UBC Board of Governors’s People, Community and International (PCI) Committee held a series of workshops with campus groups to identify key concerns and suggestions for improving Policy 131. Participants included the Pride Collective, the Sexual Assault Support Centre (SASC), SVPRO, AMS representatives and other stakeholders.

“We had a broad collection of folks in the room to tell us both how should we do things and what are we doing wrong right now,” said Jeanie Malone, chair of the PCI committee and a Vancouver BoG student representative.

By the end of August 2018, participants identified 11 problem areas that were detailed in the implementation update released this past June.

“I think that the intention to keep those pillars of education, response and prevention is still going to be there,” Malone said. “If anything, I would expect to see some firmer commitments on some of the things about survivor-centric approaches.”

According to AMS VP Academic and University Affairs Julia Burnham, one of the most important tasks is defining what the university should and should not investigate.

“It becomes a clarity issue because depending on who you are, you could interpret the policy differently,” Burnham said.

For example, some club events take place off campus or have attendees who aren’t UBC students, but some believe these instances should still be bound by Policy 131.

Malone also highlighted inconsistent language that doesn’t align with that of other UBC policies. For example, Policy 131 uses the term ‘accommodation,’ while Senate policies use the term ‘concession.’

“They’re not quite the same, although we often use them interchangeably,” she said. “It’s very complicated. We are really in a nest of bureaucracy.”

Malone added that one of the issues that came out of the 2018 workshops was determining what support would be given to the respondent.

Currently most respondents are referred to the Office of the Omsbudperson for advocacy services — but according to Malone, that’s not always sufficient.

“When an investigation is happening, we are to some extent required … to provide the same level of support to both the survivor and the respondent,” she said. “When the question[s] of what happened and who did it and who’s to blame [are] still up in the air, you have to be able to provide that support.

“Now what that looks like and who provides that is still a big question.”

Another area that needs revision, according to Burnham, is the issue of confidentiality. According to current protocol, residence advisors are mandated to report incidents of sexual assault up the chain of command to their Residence Life managers, but survivors might not want their experience shared.

“[A lack of confidentiality] can be quite a barrier for students,” she said. “And that’s absolutely something that we need to look at.”

Malone noted that this was also a topic of discussion at the workshops last summer.

“We got into this big loop of trying to figure out whether or not Policy 131 had any implications for [Residence Life] practice,” Malone said.

But because 131 overlaps with other university policies — such as Residence Life contracts, Senate policies and other Board policies — it’s difficult to discern which gets precedence.

“UBC doesn’t have the best infrastructure for having all the different units we have talk to each other particularly well,” said Malone. “We exist in ... a bit of a feudal system, where we have these kingdoms of all the facilities we’re all providing, with their own different support services at different levels.”

Part of the club

Although the review committee is meant to fully represent the UBC community, its composition initially faced criticisms from elected student representatives.

Appointed by the University Counsel, the review committee has 16 seats and is composed of staff, faculty and students from the UBC Vancouver and Okanagan campuses.

“The student seats have been a bit contentious,” said Malone. “[The University Counsel] have picked folks [but] I don’t really know how they came up with these people necessarily.”

Although three seats are currently occupied by students, the committee had one fewer student seat when it was initially appointed in March, and no representation was provided for SASC. The first two seats were appointed to students at large.

Malone stressed the importance of having SASC’s voice on the committee, given their strong presence on campus.

According to the 2019 Academic Experience Survey, 54 per cent of students said they felt more comfortable accessing SASC than SVPRO if they are in need of support.

At the same time, there was also no initial representation of an elected student representative. The AMS also had to lobby the University Counsel to get their additional seat, which is now occupied by Burnham.

“Precedent generally has been for elected student leadership, typically the AMS and GSS, to have those students’ spots within committees,” said Burnham. “And it appears as though they are moving away from this precedent to include applications from students to serve on committees.

“It really was a push to even make that one extra spot.”

Burnham is the AMS’s sole representative and will also be representing SASC on the committee.

“I do worry about moving forward and the direction of having student-at-large selection for these types of committees,” said Burnham. “Because … their viewpoints and perspectives brought to the table are not fully reflective of the student population just by essence of being a student at large.”

According to University Counsel Hubert Lai, appointed students were those who “wish to contribute to the Policy’s review and the UBC community life, are interested in policy development and are able to bring to the committee the perspectives of affected students.”

Following the review of the written policy, the consultation period will commence in November 2019.

Lai said the consultation period will be longer than normal, and it is anticipated to extend to the end of January 2020. It will also likely be supplemented with further consultation efforts as decided by the co-chair, such as the potential for student delegations to meet with the review committee.

The updated version of the policy is expected to be completed by May 2020.

“Having multiple pathways for robust community engagement is critical and ensures that we are not completely reliant on any one of them,” Lai wrote in a statement to The Ubyssey.

Malone and Lai both stressed the importance of the consultation period.

“This is a topic that campus is pretty interested in, and so we’ll probably garner a lot of feedback,” said Malone. “And I think if we aren’t necessarily reaching out to folks, we’re not doing our due diligence when it’s a topic particularly like this.

“… I view [this] as the most important thing that I will ever come in contact with on the Board.”