Is UBC still a House of Cards? 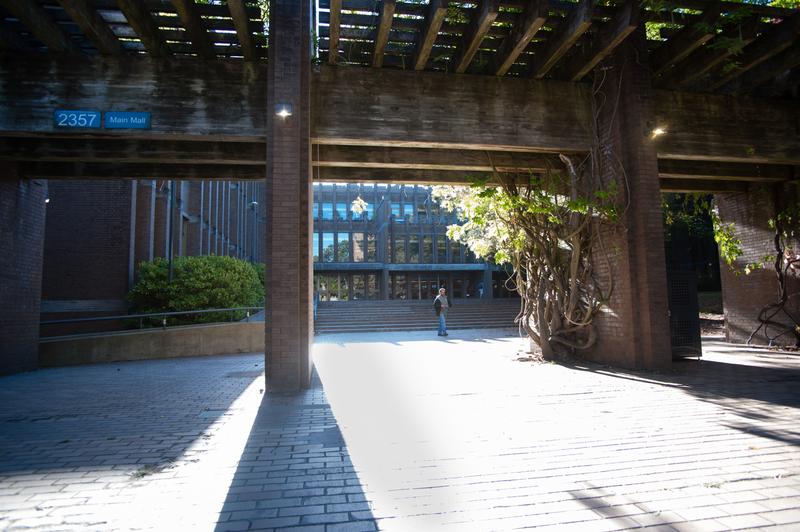 The H. R. Macmillan building is at Tier IV, which indicates a 50-100 per cent probability of collapse in the event of a ‘Very Rare’ earthquake. Patrick Gillin

At the September 12 Board of Governors meeting, seismic events and the potential for subsequent fires were identified as two of the highest risks to UBC. This was coupled with the reminder that it is a matter of “[not] if, but when” the Big One — a 9.0 magnitude or greater earthquake — will arrive.

In 2015, The Ubyssey discovered an undisclosed 2012 seismic safety report which identified “28 ‘Very High Risk’ and 12 ‘High Risk’ buildings on campus out of a total inventory of 400 structures.”

In an August 2017 BoG report, entitled the Seismic Resilience Plan, UBC is “actually better than the 2012 assessment indicated,” but there is still room for improvement.

Out of the 328 buildings assessed, 29 meet a Tier IV, which indicates a 50-100 per cent probability of collapse in the event of a ‘Very Rare’ earthquake. The most intense on a seismic scale, it is defined as having 2,475 years in return period.

These Tier IV buildings include those that were at high risk back in 2012, such as the Leonard S. Klinck, H.R Macmillan and Wesbrook buildings.

Fifty-five of the assessed buildings meet a Tier III, which indicates a 20-49 per cent probability of collapse in the event of a ‘Very Rare’ earthquake. These include buildings like the Woodward Biomedical Science Library and the UBC Hospital.

A combined 244 buildings are evaluated to be either Tier I or Tier II, which all have a probability of collapse lower than 20 per cent. 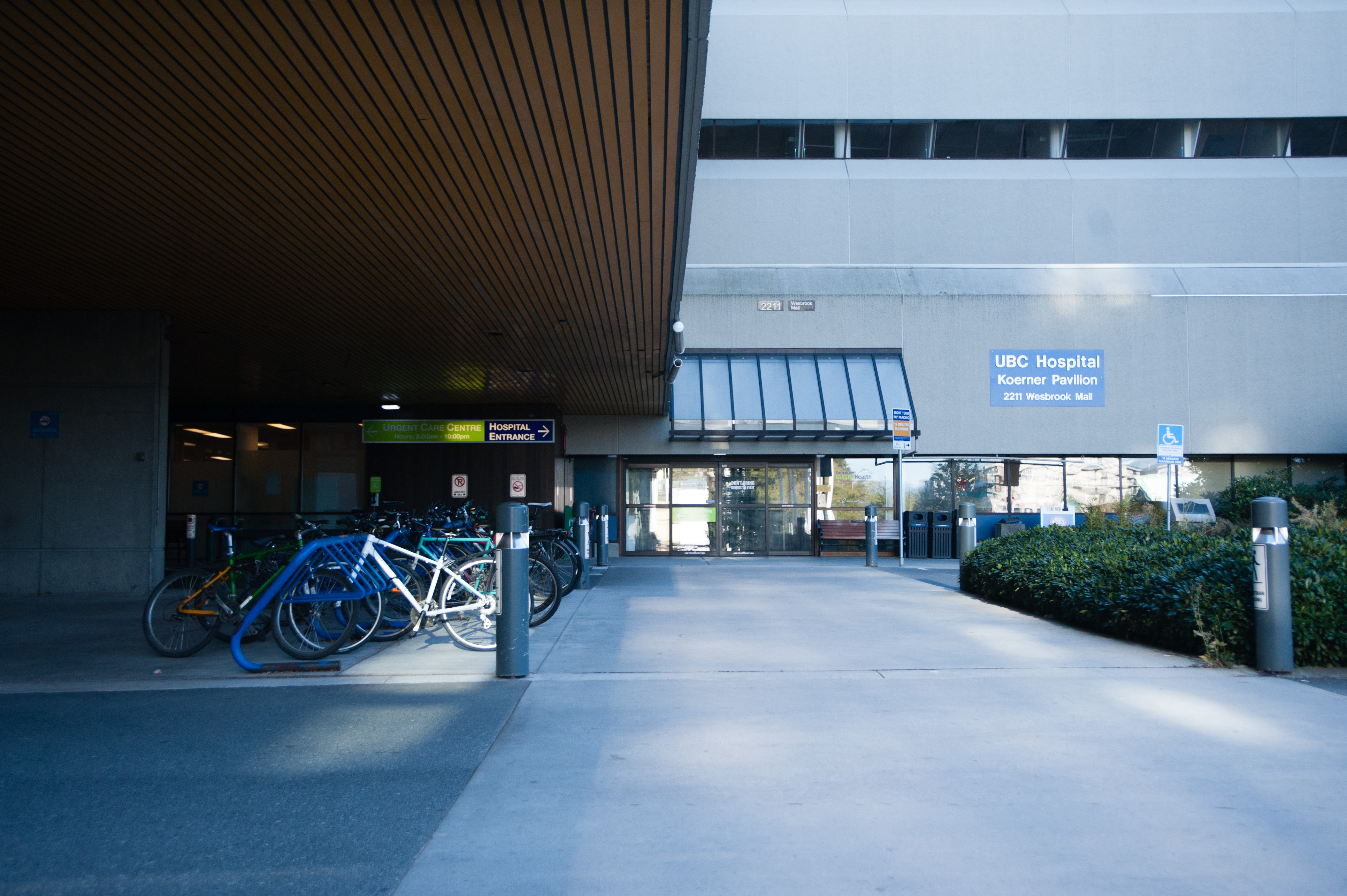 UBC Hospital is at Tier III, which indicates a 20-49 per cent probability of collapse in the event of a ‘Very Rare’ earthquake. Patrick Gillin

While UBC is not yet completely seismic resilient, some progress has been made in the last five years. For instance, the Henry Angus Tower and the Hebb Lecture theatre have received a $4.1 million upgrade and a $5 million upgrade, respectively.

“The primary purpose of [the Biological Sciences] upgrade was for maintenance, but at the same time undertaking a seismic upgrade,” Metras said. “It’s built into the overall budget of the project — this is part of the strategy that we use to undertake seismic mitigation: to synergize that work with bigger renewal projects.”

In total, the university has invested over $200 million on seismic upgrade projects since 2012.

These investments are supported by the federal and provincial governments, internal funding from UBC Operations and an internal targeted fund specifically for seismic upgrades that gets about $2 million a year.

According to UBC’s Chief Risk Officer Ron Holton, this internal seismic upgrade fund comes from an insurer switch made back in January 2013. The change to a new insurer arrangement saves the university approximately $2.5 to $3 million a year in insurance premiums.

“The idea was that the money would be entirely dedicated to seismic upgrading,” said Holton. “Each year there’s a $2.5 million that is allocated to it.”

He also confirmed that the money added to this fund is ongoing, and there are no plans to stop anytime soon. 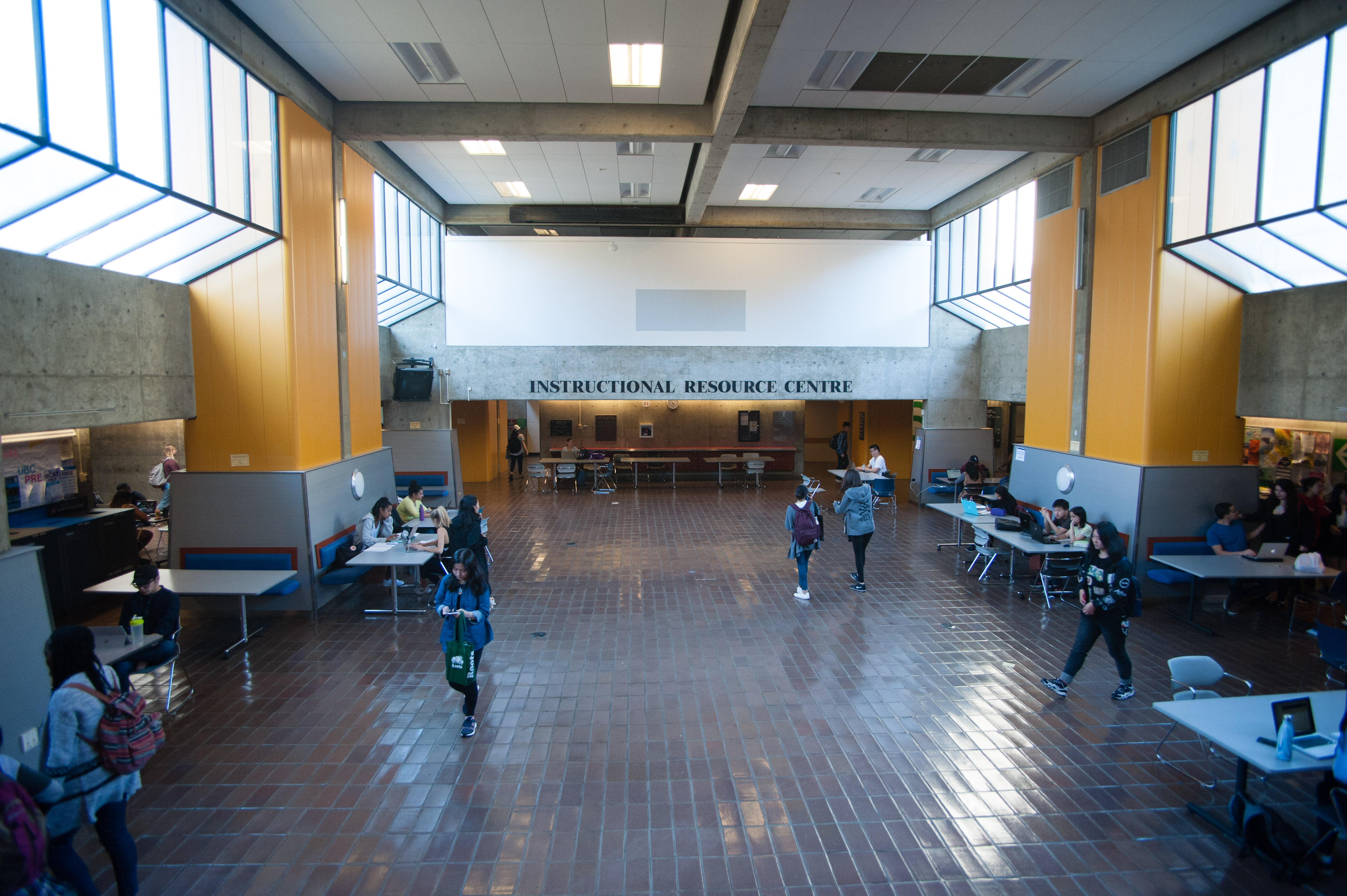 Beside these investments, the university is further updating their seismic resilience plan.

“We engaged a consultant last year to take a more holistic perspective of risks on campus,” said Metras. “So during a comprehensive risk assessment, [we look] at buildings, utilities and university operations to determine where there are vulnerabilities and [to make] recommendations on how we can address those vulnerabilities.”

Not just a structural thing

“It’s been recommended that we relocate the main water pumping station for the campus.” said John Metras, managing director of UBC Infrastructure Development. “That was identified as a point of vulnerability, and we are going to be looking at and planning for that relocation in the next couple of years.”

The water pumping station is a particular concern because it would require a lengthy recovery time if collapsed, but would be needed immediately after an earthquake for both human consumption and fire-fighting.

Given these different risks, the recommendation of highest priority for UBC is to “consider hiring a Chief Resilience Officer so that oversight of the implementation of the seismic risk mitigation strategy is centralized under one person.”

According to Metras, the university is “still considering” this recommendation.

Where would we go?

At the BOG meeting on September 12, the risk regarding temporary displacement of students was also discussed, where up to 50,000 students — on and off campus — would be displaced for up to a day after an earthquake of any intensity.

No recommendations or discussion regarding this concern was discussed in the Seismic Resilience plan.

“That’s something that the university needs to assess,” Metras said. “We will be looking at what steps can be taken as part of our business continuity planning.”

For individual preparation, ShakeOut BC is happening across the province on October 19 to demonstrate what to do when an earthquake strikes.

UBC is also planning a “Shake-Zone” demonstration at Main Mall Plaza on October 10 and 11. This demonstration will simulate an earthquake, replicating the different intensities one would feel in such a situation.

“[Seismic activity] is a top priority issue for the university to address,” said Metras. “We’ve done a lot of work over the past 15 years in upgrading buildings and we — based on the assessments that we are undertaking now — hope to develop a plan that, in a cost-effective way, can address the mitigation issues as soon as possible.”