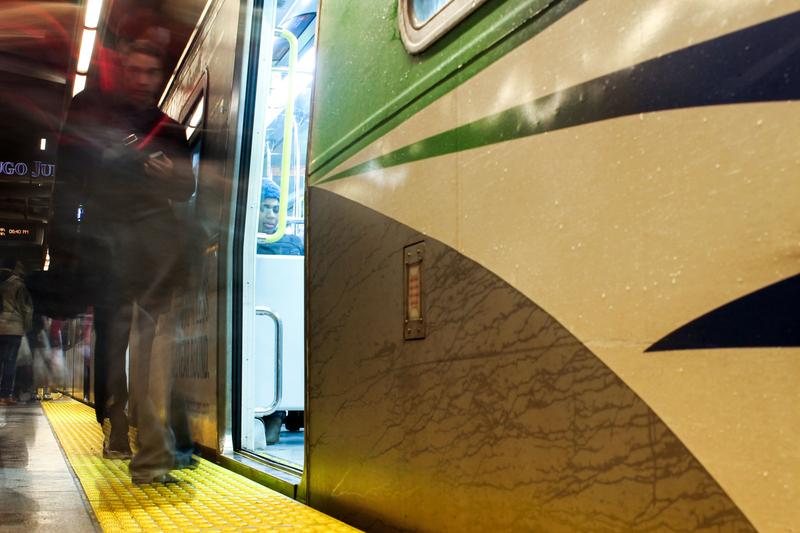 Though there still isn’t any firm commitment to the project, Hyslop said keeping those spaces cleared was a practical planning choice. File T. George McBurney-Lin

Ever since offering to contribute funding in April, UBC has continued its advocacy for expanding the Millennium Line to campus — a project that the school has already begun preparing its infrastructure for.

The most promising location for the university’s first station at the intersection of University Boulevard and Wesbrook Mall is already being prepped for development.

Several years ago, when the precinct was redeveloped and the roads rebuilt, the administration seized the opportunity to make necessary preparations beneath facilities to keep the door open for future construction possibilities — like the creation of a subway.

“The decision at the time was, to move things out of the way while everything was being torn up, rather than put back in utilities that would only get torn back out again in the event of a rapid transit investment,” explained UBC Transportation Planner Adam Hyslop.

Though there still isn’t any firm commitment to the project, Hyslop said keeping those spaces cleared was a practical planning choice.

“An underground system could be built and run quite easily there,” said Hyslop. “However, we still need to understand the building cost and technical parameters of the project.”

UBC has also floated the idea of a second station on the south end of UBC as other parts of the campus continue to grow.

“If we only had the one station, it would still be a pretty far walk for plenty of folks, such as those living in the south campus neighbourhoods, in Wesbrook Village and the future Stadium Road neighbourhood that’s undergoing a planning process right now,” said Hyslop. “There might be value in a second station on campus to better serve those communities.”

The University Neighbourhoods Association (UNA) is currently “monitoring the transit issue,” but it is not providing comments on the matter at this stage, said UNA Board of Director Chair Ying Zhou.

The currently slated expansion only reaches as far as Arbutus, but throughout the summer UBC representatives have taken every available opportunity to ask “Why stop short?”

The school has presented the extension as a win-win scenario that could benefit both students and local businesses by providing increased mobility, transport capacity and consumer traffic.

“There’s been strong support from the community on campus to have the line completed,” said Michael White, associate VP of Campus and Community Planning. “The students, faculty, staff, presidents and Board of Governors have all expressed very loud interest.”

For many active students — especially those off campus — the potential reduction in congestion levels, travel times and greenhouse gas emissions have long been considered an urgent and long overdue need. It would also lessen their financial burden by providing greater access to more affordable housing markets.

According to Michael White, the extension approval seems to be a matter of time— but for a project of this size, that could still mean years.

In the meantime, UBC is already planning the specifics of the still-theoretical extension.

“We’ve been doing technical work just to understand where the line could likely be, where it would go on campus and how many stations,” said White.

He hopes to accelerate the process by finding more opportunities to appeal to stakeholders, including attending a recent public town hall and making plans for next year’s discussions on Translink’s updated regional transportation strategy.

White speculates that if approved, he could see the university extension opening around 2028.

An earlier version of this article stated the location of the first subway site as West Mall instead of Wesbrook Mall.