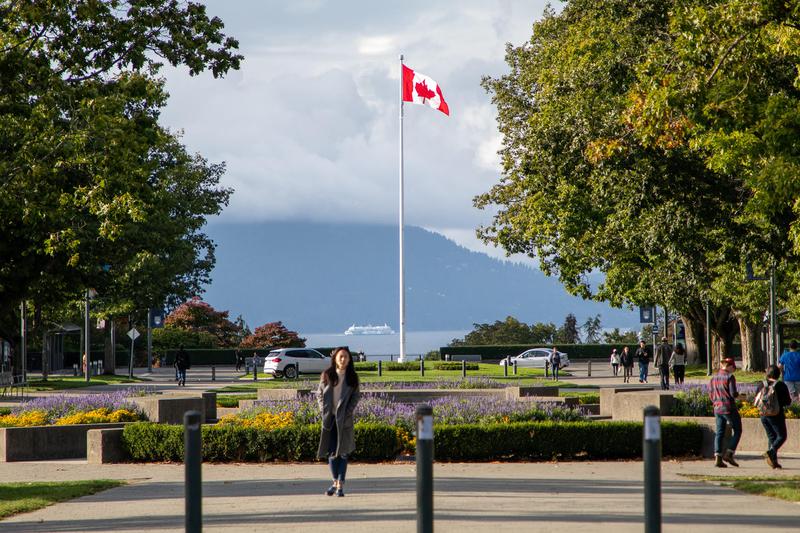 “I want to reunite with them, it’s really hard for me knowing I’m safe here and they’re not safe there.” File Zubair Hirji

While the COVID-19 pandemic has altered the routines of many across the world, Syrian UBC student Shaza Al-Shamsi is not only adjusting to this new routine but also fundraising to help her family come to Canada safely, as they’re caught up in the civil war in Syria.

The civil war has resulted in a semi-failed state in Syria and led to millions to flee the country as refugees, approximately 1.5 million of whom are now in Lebanon according to data from the United Nations High Commissioner for Refugees (UNHCR).

Al-Shamsi is currently a first-year science student at Vantage College, who first came to Vancouver on a high school scholarship sponsored by the World University Service of Canada (WUSC).

In 2012, Al-Shamsi’s cousin was killed in a military explosion and her family had to flee Syria. The next day, they left for Lebanon and became refugees under the UNHCR.

Five months after arriving at UBC, she was notified that her family, including her parents and four siblings, were facing a desperate situation in Lebanon at risk of deportation and her oldest brother is now enlisted in the Lebanese army. Al-Shamsi realized that due to the circumstances, she may never see them again and is taking action to bring them to Canada.

“I want to reunite with them, it’s really hard for me knowing I’m safe here and they’re not safe there,” she said.

The WUSC has an open call for applications in six countries of asylum yearly, including Jordan, Lebanon, Kenya, Uganda, Tanzania and Malawi. The criteria include being between the ages of 18 and 25, having attended post-secondary education and having barriers and no other means of accessing post-secondary education. This year, the WUSC had 1,000 students apply and could only select 25 students

“It’s a very competitive program. Many schools just take in one student and sponsor funding for a few years. However, UBC is on another level in terms of funding all four years and supporting nine students a year,” said Christine Mylks, the manager of overseas programming at WUSC who was part of the Middle East selection process when Al-Shamsi was chosen for the program.

“[Ninety-five] per cent of our program funding is raised through students on campus or in some cases administrative offices on campus who donate funds to support the program. Through all of those fundraising efforts, WUSC is able to privately sponsor refugee students through Canada’s program, “said Mylks.

Although they only sponsor the students, Mylks added that about 30 per cent of their students are able to sponsor their families through networks they help set up.

Through her fundraising page, Al-Shamsi has to raise $35,200 to sponsor her family to Canada. This money will pay for her family’s basic necessities of life during their first year living in Canada. Once she raises the funds, her family can be sponsored either by the help of a registered charity or by forming a group of five individual sponsors who are either permanent residents or citizens in Canada.

Mylks mentioned that there are around 180 sponsorship agreements across Canada and they have long waiting lists. As a result, applicants have to show they have raised the money.

Recently, Al-Shamsi was told that the organization she was raising money for, the Mennonite Central Committee, has rejected her application. But she has said she won’t give up and is looking into other sponsorship agreement holders like churches, mosques and non-profit organizations. In addition to this, she said she will contact the Private Sponsorship of Refugees program to see if anyone is interested in sponsoring her family privately.

“I am well-aware of what a determined and amazing young woman she is and I know she will make her goal,” expressed Mylks.

Al-Shamsi has raised over 31 per cent of the $35,200 and she made it clear that the money will not go to any other purposes, only for sponsoring her family. The funds will be used in the same way, having the Canadian government guarantee that her family will be using this money in the first year of their arrival.

“I can’t describe the feeling. It’s really hard. I’m missing out on assignments because I have to deal with this on the side. However, I prefer to work hard and bring my family back, rather than asking to be excused,” she explained.

Al-Shamsi added the WUSC can’t help her with funding necessarily — only support.

“The WUSC provides support and connections, rather than funding,” stated Mylks.

“WUSC itself is funded by students on campus, so our funding is focused exclusively on sponsoring students. However, we provide them with connections to organizations that focus on family sponsorship. We also share their pages on our channels to raise awareness and let them know about workshops or webinars happening in the community on how to sponsor their family.”

Al-Shamsi hopes that UBC students will relate to her situation of being homesick and in a foreign country.

“Many students at UBC are international and they know what it’s like to miss their families. For me, it’s not only that I miss my family but that they aren’t safe.”