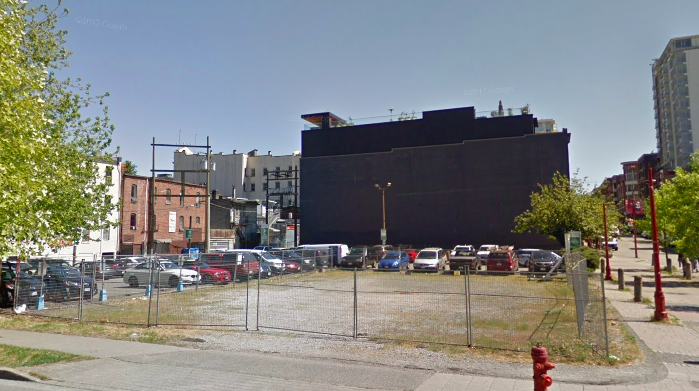 For the “fifth [time] in four years,” the Vancouver development permit board has rejected the condo tower proposal at 105 Keefer in Chinatown, which has been criticized as a harbinger for further gentrification into the historical Vancouver district.

And according to some UBC students who spoke out against the proposal, post-secondary students and young people in general played a large role in the activism against it.

“[The activists] were very intergenerational, but the people who made the most noise, from what I could see, were all young people,” said Kimberley Wong, a geography student who works for the Chinatown-based Hua Foundation, which seeks to create sustainable social change within the Chinatown community.

“A lot of them were UBC students and SFU students, but it was an intergenerational fight because we, on a large part, were fighting for Chinese seniors.”

In his fourth year of the social work program, Matthew Pi was one such student.

In his activism against the 105 Keefer development, he provided translations at open houses, assisted in mobilizing local Chinese Chinatown residents against it and voiced his concerns at a City Council open hearing in the summer. He also volunteers for Youth for Chinese Seniors, which provides client-based services to senior citizens living in Chinatown.

Pi claimed that the proposed building will only further increase the ongoing phenomenon of gentrification — which occurs when lower-income individuals can no longer afford to live in their neighbourhoods after higher-income individuals begin to move in and develop the area.

“Condo developments that are way above anything anyone working class or low-income can afford is just not what this community needs,” he said. “They talk about neighbourhood revitalization, but revitalization for who? For the Chinese? Or for people who are middle [or] higher income? Those who have full-time high-paying jobs?

“What we’re saying is that we need housing for those who were here in the first place, for low income and working class people.” 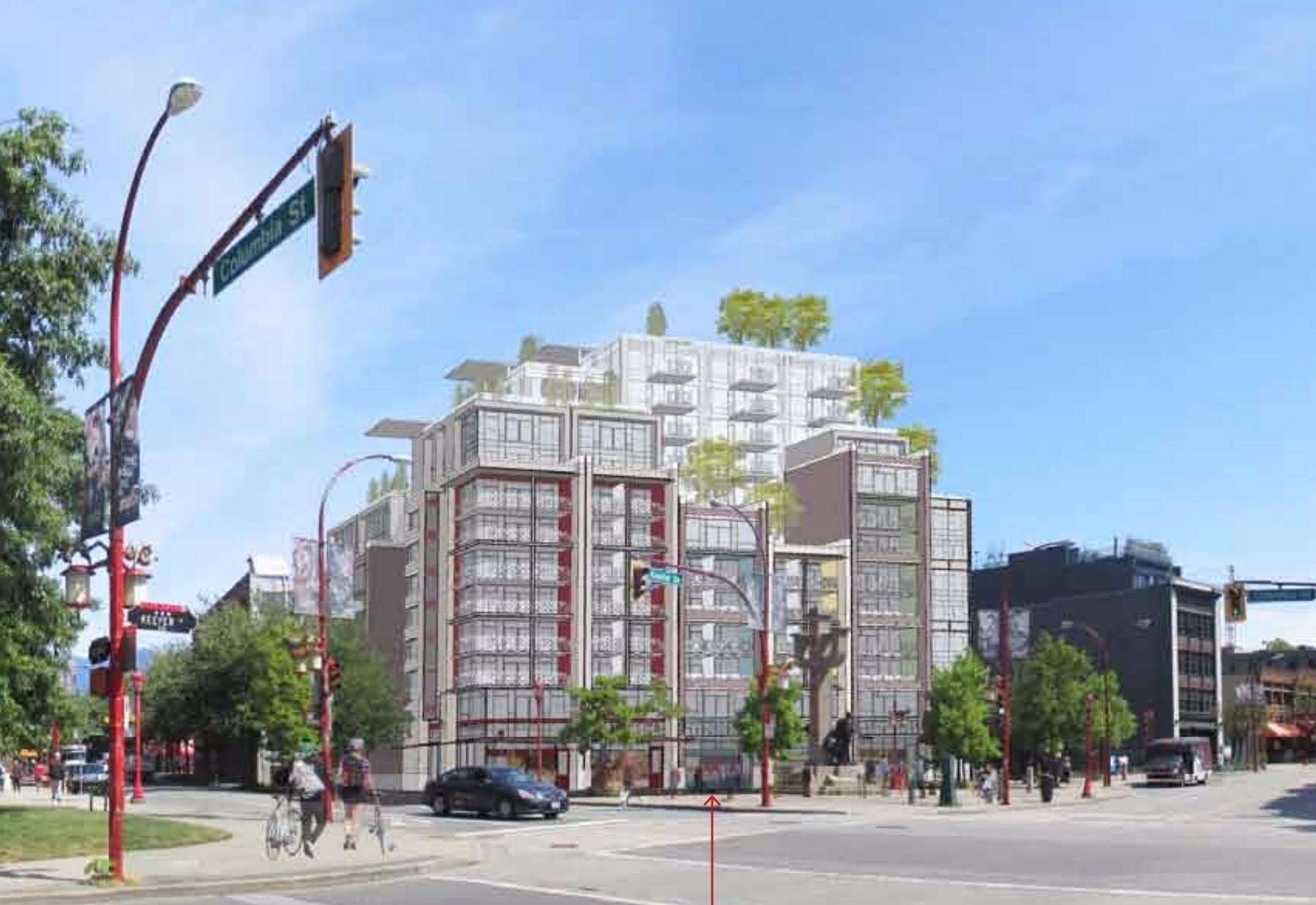 Rendering of the condo tower project Condo in Vancouver

“What they proposed was not for the community and [not] what the community needed and what’s been the majority [of people] saying they do need, which is social housing,” she said.

Both Wong and Pi also deemed that the location of the proposed building — which is near the Dr. Sun Yat Sen Classical Chinese Gardens and right next to a memorial for Chinese-Canadian war veterans and railroad workers — was not culturally appropriate.

“All the effort that Chinese-Canadians have given to a country that didn’t call them Canadians at first, that didn’t recognize their humanity … that’s why there’s a memorial on Keefer street that acknowledges the railroad workers and the veterans who served,” said Pi.

“And then to build this development in light of that, right next to it — I think, from the conversations I’ve had, people consider it really disrespectful.”

Based on the significance of the proposal’s rejection, both Pi and Wong then attested to the importance of activism and offered thoughts on the future of the Chinatown community.

“This is an incredible bout of activism,” said Wong. “I don’t think this has ever happened before. The last time there was this much engagement in city was the Freeway Fight” — a late-1960s controversy in Vancouver where local residents protested against the building of a freeway through Chinatown and Strathcona.

“It’s monumental,” said Pi. “I don’t know where it’s going to go from here, but overall I think it was an important decision to make because it shows that the community can voice their opposition.”

“I would rather see places for the community than a parking lot.”

However, Pi also doesn’t think that Chinatown should simply go back to the way it was in the past. But instead of luxury condo developments, he envisions a culturally-thriving Chinatown filled with resources such as social housing that are accessible to the people living there.

“I want it to be a place where people like myself as Chinese-Canadians, for example, can connect with their culture,” he said. “I want it to be thriving, but not in the way that a western-capitalist ideal would have for it.”

Wong shared a similar vision, where she’s open to the idea of the 105 Keefer space — which is currently a parking lot — being used in a way that can benefit the community.

Other suggestions also include maintaining resources for Chinese seniors — whether they be affordable social housing units or the volunteer work performed by Youth for Chinese Seniors — within the community as it moves into the future.

Beedie Living, the group behind the condo tower project, could not be reached for comment.