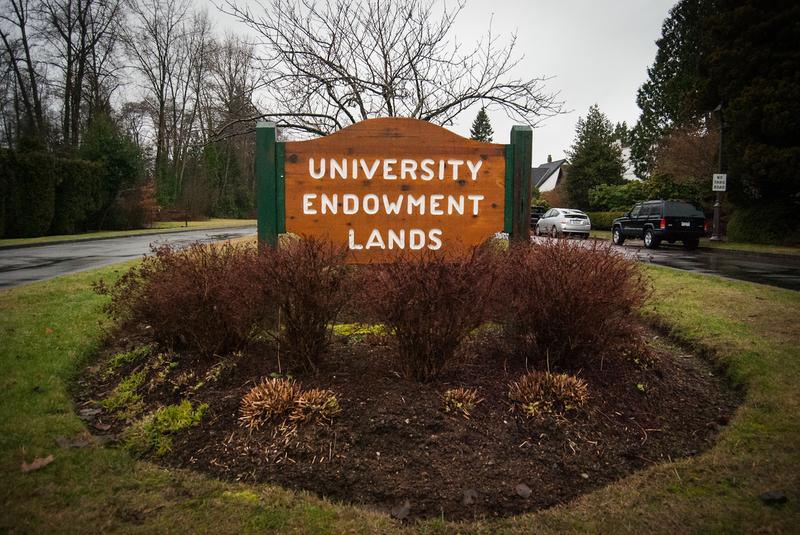 “These people are not making income that can support an additional tax — a lot of them are on fixed incomes already.” File Valerie Wyns

UBC has stepped in to defend Associate Professor and housing economist Thomas Davidoff’s academic freedom, following backlash to his involvement in a provincial tax increase on high-value homes.

“These people are not making income that can support an additional tax — a lot of them are on fixed incomes already,” said Tamara Knott, a representative for the University Endowment Lands (UEL).

Because the UEL is administered under provincial rural taxes instead of the city of Vancouver, Knott acknowledged that residents “generally pay” lower tax rates than other homes in the city. But their residents have joined other westside communities in protesting the proposed tax this week, causing a planned town hall with Point Grey MLA David Eby to be cancelled for fear of possible threats to organizers.

“What David Eby and the NDP [are] asking [the residents] to do is ‘You can either defer, or leave,’” said Knott.

Recently, protesters have begun to direct their anger towards Davidoff, who was one of dozens of academics who called for a tax on vacant homes in Vancouver through the BC Housing Affordability Fund.

2 school tax questions have come up:
1. Why should Vancouver have high property tax rates?
2. @andrey_d_pavlov has an analysis of single family homes saying we do. I have a different analysis to share.
Highly preliminary, correct away. https://t.co/IP3czrJ7Si #vanre

After Davidoff posted on social media defending the economics of the tax, protesters turned their anger on him. Point Grey resident Andrew Webb distributed an email to other demonstrators calling Davidoff, a naturalized Canadian citizen who was raised in the US, an “American socialist transplant.” Signs at a protest at Trimble Park on Tuesday read “Buzz off, Davidoff!”

Knott also said that Davidoff does not understand the housing issue because “he is not from here,” despite his extensive academic background.

“It’s clear to me that he doesn’t have an understanding of how this will affect people in this area,” she said. “He’s not taking in the emotional context of what it means to own a home, and the ties that people have to their community.”

Davidoff responded that he understands the frustrations of homeowners, but defended both the tax and his right to publicly support it.

“I understand why they are angry — housing is one of the top two human needs,” said Davidoff.

“People point these stuffs out all the time, ‘You were not born in Vancouver and we have insights that are important too,’ and that perspective is valid. But ‘I’m not allowed to speak because I’m an immigrant’ — I think they probably want to reconsider having said that.”

I would like to propose a way out of the nastiness over school tax. Instead of being mean to each other, let's help people who really need it. I just gave here, please join me. https://t.co/Y6XBptR039 Who's in?

UBC Strategic Communications Director Matthew Ramsey confirmed that as of May 3, the university has received “about half a dozen” complaints about Davidoff calling for him to change his position — but is staunchly defending his academic freedom.

“Calls to interfere with the communication of scholarly opinions amount to a request to violate University policy,” reads a statement from UBC Provost and VP Academic Andrew Szeri. “Respectfully, we cannot accede to such requests”

Davidoff said he is not concerned by the backlash against him, but thanked the university for their public support.

“I grew up in Flatbush, Brooklyn so somewhat lighthearted abuse from the gin and tonic isn’t going to do me in,” joked Davidoff. “It’s when they drag the university through the mud that I have a problem.”

Beyond challenges to his academic freedom, some protestors also appear to believe that Davidoff has ties to communist organizations. Following Webb’s email calling him a “socialist,” residents at the Trimble Park protest claimed he had ties to communist parties, according to Knott.

“He perhaps sees things a little bit differently just in terms of his politics. It’s not a good fit for Vancouver,” said Knott. However, she was not able to substantiate claims that Davidoff had communist sympathies, later saying that it was “just something that came up at the protest.”

“I invite her [Knott] to have coffee with me and we can talk about her experience with communism,” laughed Davidoff.

“’I’m not and never ever been a member of the communist party. Like what they used to say in the McCarthy hearings, which hopefully we’re not going to repeat up here.”