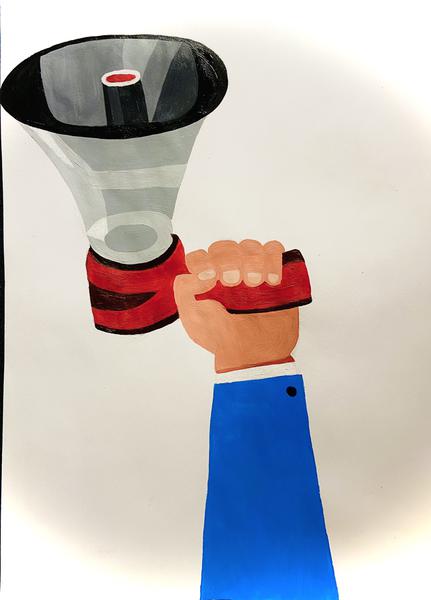 According to the survey’s findings, 83 per cent of respondents said they did not meet the eligibility requirements for CERB released on March 25. File Vaidehi Asawa

As the #Don’tForgetStudents petition asking the Canadian government to include post-secondary students and recent graduates in the Canada Emergency Response Benefit (CERB) continues to gain traction, the AMS has added its voice to the call.

On April 16, the Undergraduates of Canadian Research-Intensive Universities (UCRU) — which represents student unions at research-focused universities across Canada, including the AMS — published a report based on 3,157 survey responses about how the COVID-19 pandemic was impacting student finances.

According to AMS VP External and UCRU Chair Cristina Ilnitchi, the report’s main ask is for the federal government to provide an immediate solution for “imminent summer expenses” incurred by domestic and international students as well as new graduates.

“Without anticipated summer income these expenses will be impossible to meet in a matter of weeks. And, this is our ask of government that … a mechanism is created to get students that immediate financial assistance that they need,” she said.

According to the survey’s findings, 83 per cent of respondents said they did not meet the eligibility requirements for CERB released on March 25.

CERB requires an applicant to have an income of at least $5,000 in 2019 or in the past 12 months prior to their application. Additionally, workers must have lost their job as a result of the pandemic, be eligible for Employment Insurance (EI) regular or sickness benefits, or have run out of EI.

“If you are looking for a job but haven’t stopped working because of COVID-19, you are not eligible for the Benefit. For example if you are a student who had a job last year and were planning on working this summer you do not qualify for the benefit,” reads a description on CERB’s website.

In an emailed statement to The Ubyssey, Marielle Hossack a spokesperson from Minister Carla Qualtrough’s office wrote that finding ways to support those who do not qualify for CERB was “an absolute priority” for the government.

“We recognize how this pandemic closely coincides with the end of the school year for university students and graduates, and the stress this is causing,” wrote the Hossack.

“While many post-secondary students are currently eligible for the CERB, we will continue to work to find ways to support those Canadians who do not qualify.”

UCRU wrote in their report that the exclusion of students from the COVID emergency benefit has resulted in many students “falling through the cracks” trying to meet immediate financial obligations.

“A majority of students were expecting fulltime summer employment to pay for their expenses during the summer and throughout the following academic year; currently there is no support to fill that gap,” reads the report.

According to UCRU, 73 per cent of respondents expressed worries about paying for summer rent and utilities and 71 per cent worried about the ability to pay for groceries. Additionally, 79 per cent reported being concerned about paying for fall tuition.

At UBC, students have previously expressed concerns about CERB’s exclusion of students, with the Gender, Race, Sexuality and Social Justice Undergraduate Association creating an online petition to raise awareness in early April.

At the Board of Governors meeting on April 16, UBC President Santa Ono said UBC is collaborating with the U15 Group of Canadian Research Universities to ask for additional support for students from the federal government, including by “advocating for widened eligibility for CERB,” among other asks.

Ilnitchi confirmed that UCRU is keeping in close communication with U15 and Universities Canada about joint priorities, but UCRU’s statement was meant to focus on highlighting how many students are still in need of immediate financial assistance.

“Beyond anything else, if students can’t pay for their rent, their groceries and have immediate living expenses right now, all other pieces are important but not as immediate as these kind of most basic needs.”

On April 15, Prime Minister Justin Trudeau announced that CERB would be expanded to include essential and seasonal workers, as well as those who have run out of EI. He also hinted that an announcement related to concerns from university students is on its way.

“For others who still need help, including post-secondary students and businesses worried about commercial rent, we’ll have more to say to you very soon,” Trudeau said in a press briefing yesterday.

According to Ilnitchi, they have not been made aware of a timeline for additional announcements. But, UCRU and the AMS hope the government will address the immediate and long-term policy solutions they have outlined.

“We’ve moved to an online public campaign to let the government know that ... there are major gaps in support for students right now and we need to get them that funding immediately. This is not something that can wait.”

This article has been updated to include comments from the federal government.